Activists have been raising concerns over illegal hutments mushrooming inside the protected forest. Often, the land mafia clears land by starting fires, they said, adding that such attempts became more frequent during the Covid lockdown 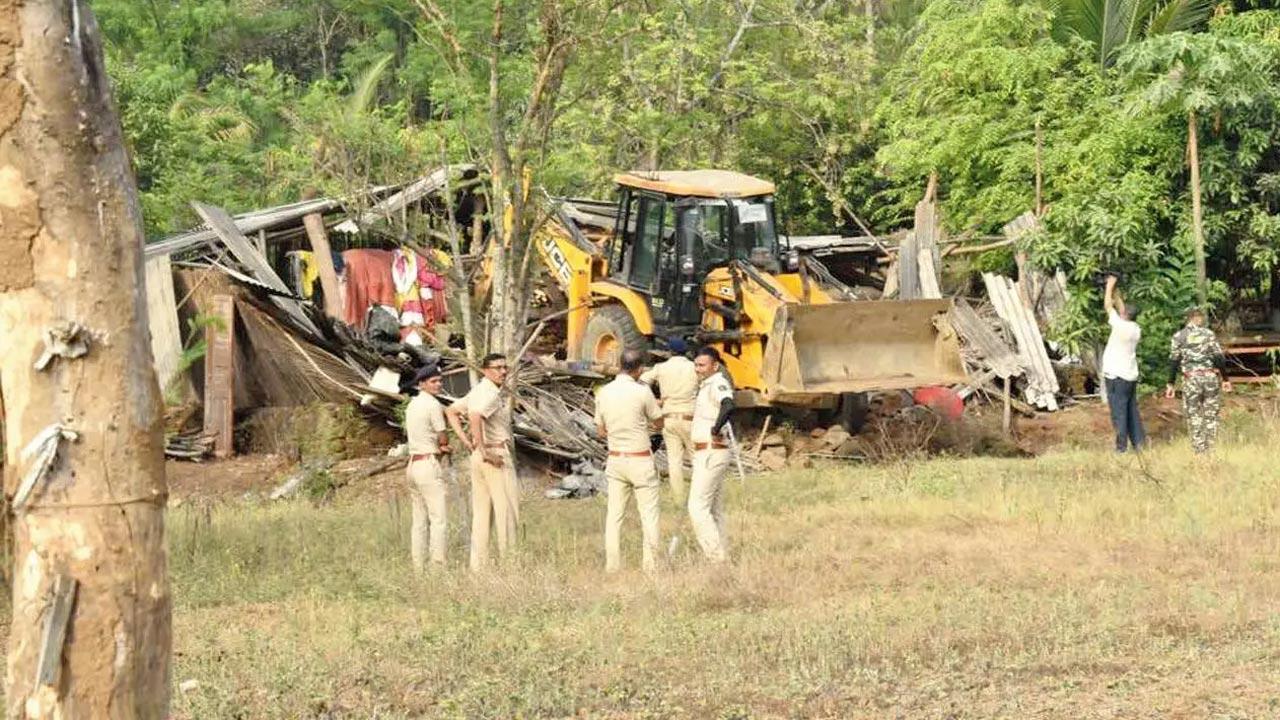 An illegal hut being razed at Sahibangoda, near Vihar Lake inside SGNP


In one of the biggest demolition drives inside Sanjay Gandhi National Park in the past two years, authorities cleared illegal structures near Vihar Lake, close to Sahibangoda, spread over 100 acres—equivalent to five Oval Maidans. Close to 700 personnel, including forest staff, police and a team from the State Reserve Police Force (SRPF) participated in the day-long drive, a report in this paper said.

Activists have been raising concerns over illegal hutments mushrooming inside the protected forest. Often, the land mafia clears land by starting fires, they said, adding that such attempts became more frequent during the Covid lockdown.

A top officer acknowledged there was massive encroachment, spoke about the demolition drive and stated that strict action will be taken if people try to encroach again.

While green warriors welcomed the move, such a mammoth exercise raises the question of why such a mega drive was needed. We have to look at the tendency of letting encroachments mushroom and then multiply rapidly. When this goes out of control or becomes humongous, then we see the wheels start turning.

Sometimes, there are complaints but one or two complaints do not wake up or shake up the establishment. It is when the trickle becomes a torrent that we see some action. We need to act faster and at the beginning itself, when there is one encroachment rather than wait for land to become overrun. Though the drive has removed these illegal hutments, some ecological damage has already been done.

This is a typical reactive attitude where we wait to be overwhelmed or some disaster to strike before laying down the law. Even those who transgress do know they will get away with this, for a few years at least and are emboldened by that thought.

Next Story : Here’s to Shekhar Malhotra—just!