That the late Koertzen created an atmosphere which allowed players to remind him he’d made a mistake, is a credit to his friendly nature 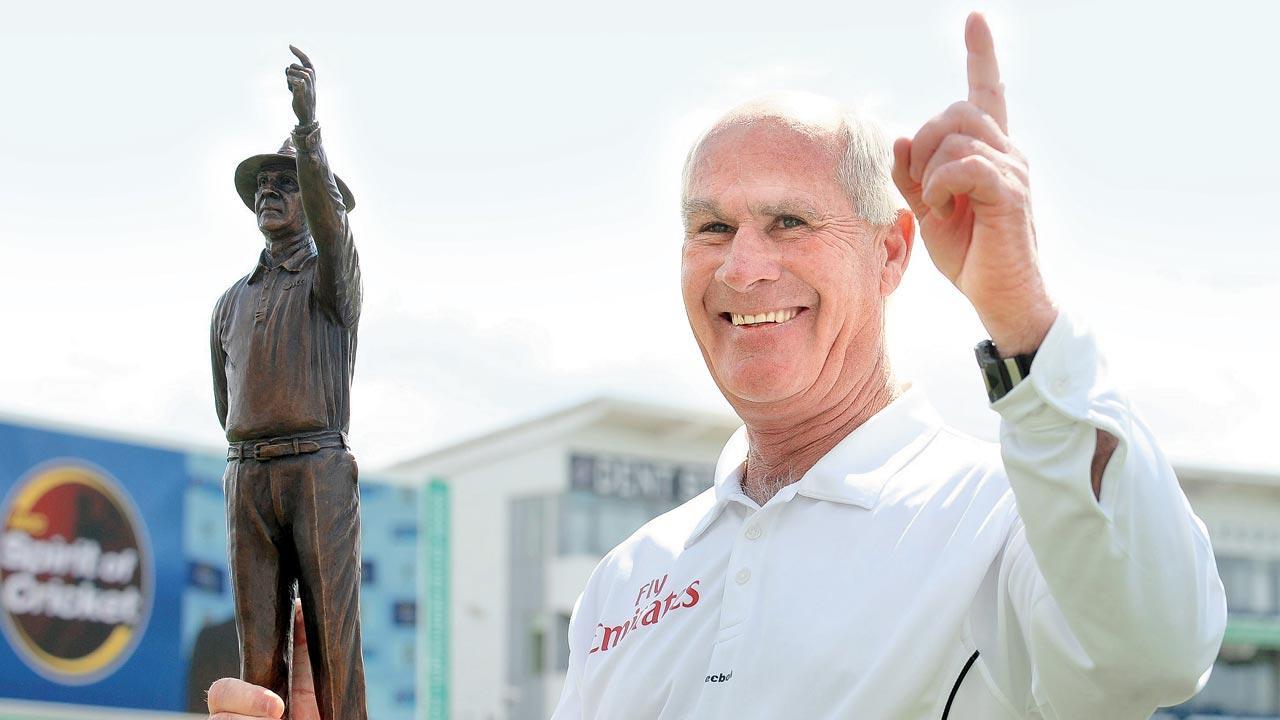 Umpire Rudi Koertzen holds a small statue of himself after his final match during the second MCC Spirit of Cricket Test between Australia and Pakistan at Headingley, Leeds, in 2010. Pic/AFP

The untimely death of South African umpire Rudi Koertzen in a car accident was a further reminder of the fragile nature of life. It also highlighted the importance of umpires and the crucial role they play in the game of cricket.

Koertzen had an uncommon saying that he “was never scared to apologise.”

Not always agreeing with umpiring decisions I preferred the mantra: “Get it right in the first place.” However, the fact that Koertzen created an atmosphere that allowed players to remind him he’d made a mistake is a credit to the umpire’s friendly nature.

While I never played under Koertzen, I watched him perform in some of his 108 Tests and he maintained control without challenging players. However, that wasn’t how I found South African umpiring on my two official tours in 1966-67 and 1970.

In general, the umpiring was bad with a couple who were blatantly patriotic. Before I toured India and South Africa in 1969-70 (poor programming by the Australian Board), I heard a lot of uncomplimentary remarks about Indian umpiring.

I found Indian umpiring was okay and any mistakes were genuine. The South African umpiring was appalling and Tony Greig later told me that provincial players had decided on a moratorium to walk if they were out because the officiating became so biased.

I put the Australian pre-tour comments down to white players not criticising the apartheid environment. As I used to say to people who asked if the South African tour was the best for Australian players, “If you were white, you might’ve enjoyed it.”

In addition to being a very good umpire, Egar was aware of a player’s feelings. He would use your first name in both asking what guard you wanted and then confirming you had the right spot. One day Egar said to me, “I never spoke to you in the middle until you started a conversation.”

He’d learned very quickly that I didn’t like talking until my innings was established.

Sang-Hue, a Jamaican-Chinese by birth, umpired all five Tests in 1973 and right through World Series Cricket (WSC). He had the quickest trigger finger I’ve ever seen but he got most of his decisions right. He made one mistake in 1973—he gave Lawrence Rowe not out lbw in Jamaica—and Rod Marsh reckoned it was the best decision of the series as it stopped a riot.

People talk about an umpire’s integrity but Sang-Hue took it to another level. During the series Doug wouldn’t stop and talk when I said good morning to him. When the series finished I congratulated him on his performance and asked him why he hadn’t stopped. “I didn’t want anyone to think I was biased,” he answered.

He also had a quirky sense of humour. During WSC, the West Indies appealed for lbw against an Australian batsman. One appeal came from mid-wicket fielder Collis King and not even answering the other players, Sang-Hue simply looked at the fielder and said, “What you can see from there?”

Apart from being a very good umpire, Elliott will be remembered for his extremely loud voice. “SIT DOWN,” he would boom out to any patron who was moving behind the bowlers arm and this proved to be a great form of amusement. Players would sometimes ask Elliott to admonish a patron just to hear his trumpet-like voice.

We thought he was unfairly punished for his strong opinions.

I played my career with home country umpires officiating. While some decisions could be dicey, with the advent of television replays this is more easily overcome.

It’s time for a permanent return to one home country umpire, as, like players, they enjoy the honour of officiating at local Test grounds. If we accept the adage all umpires are impartial.

Next Story : Let us put the ‘I’ into Independence Day