Sound and meaning of Veda 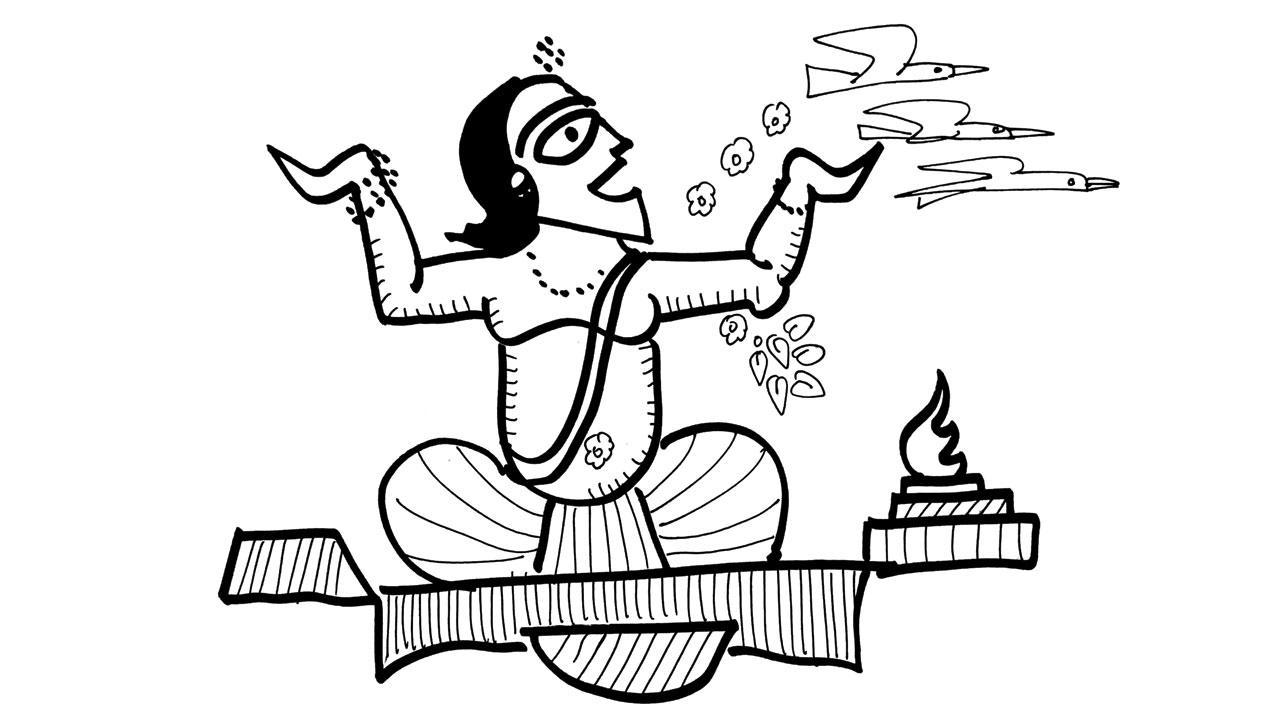 Mantra means a sound meant to connect the gods outside (deva) to the god inside (atma). Vedic people were convinced the Rishi did not craft these sounds; they ‘saw’ them in the universe and simply transmitted them. Historians see mantras of the Rig Veda as human compositions that are over 3,000 years, and contain memories of still older times. They were composed to flatter gods and win their favour. Over time, people forgot what the words meant and so Vedanga (limbs of Veda) emerged: a collection of subjects such as etymology and grammar that helped you make sense of the sounds being chanted. Meanwhile, complex systems emerged in use of consonants (akshara), vowels (matra), and sounds (svara).

From about 2,000 years ago, when more and more people were drawn to “meaningful” Buddhist and Jainist discourses, to the “meaningless” sounds of Vedic Brahmins, two schools emerged. First was the Mimansa school that valued the “experience” emerging from proper Vedic sounds heard at the right time while performing Vedic ritual. Sounds were chanted, or sung, or mumbled, or silently repeated in the mind, by experts in the Rig, Sama, Yajur and Atharva Veda. Second was the Vedanta school that preferred philosophy.

Vedanta conversations known as the Upanishad never refer to particular Vedic hymns. They speak of an idea that is communicated through the experience of mantra, not by decoding the mantra. Adi Shankara valued the Vedic idea, independent of the Vedic ritual; Ramanuja insisted that without ritual, the idea could never be truly understood. But neither paid attention to decoding the mantra for meaning.

This explains why the Vedic mantra was put down in writing much later, when its preservation by oral route was threatened, as there were fewer patrons of Brahmin transmitters. The first written document explaining meanings of Rig Vedic verses comes from Sayana in the 14th century, i.e. barely 700 years ago, for a tradition over 3,000 years old.

When you hear the Veda, you can theoretically hear one sound extending forever provided the one chanting does not pause to breathe. Hence, Veda is called eka-vakya, one sentence. The first division of the sound is mandala, and refers to sounds created by a Rishi and his family. We can say mandala means chapter. The second division is sukta, and refers to sounds meant for a particular deity. We can say sukta means poem. The third division identifies the rig which we can say identifies the verse. This is possible by knowing the chhanda (meter): it helps you identify how many lines are there in a verse, and how many words are there per line. Then you know the words (pada) through knowledge of grammar and etymology. Various chanting methods (patha) help you identify the word, for in Sanskrit words telescope and merge (sandhi) into each other, and so one has to split (vicched) sound carefully to identify words. When spoken, we can identify words and punctuation only using pause.

The Brahmins were people meant to memorise and recite the Veda flawlessly. They were not obliged to understand or decode it. Before writing became widespread, killing the Brahmin was akin to destroying Veda, and so the greatest of crimes. Vyasa, organiser of the Veda, asked Ganesha to write the Mahabharata, in order to explain Vedic ideas to common man. He insisted Ganesha “understand” what was said before writing. This was a revolution. The Brahmin, who mouthed the sounds of the Veda, and ignored the meaning, was replaced by stories, whose meaning mattered.

Next Story : Indie films at MoMA