Imagine a mainstream movie on the OG ‘king of rock and roll’ that is still less an Elvis biopic, more a ‘Baz Luhrmann film’ 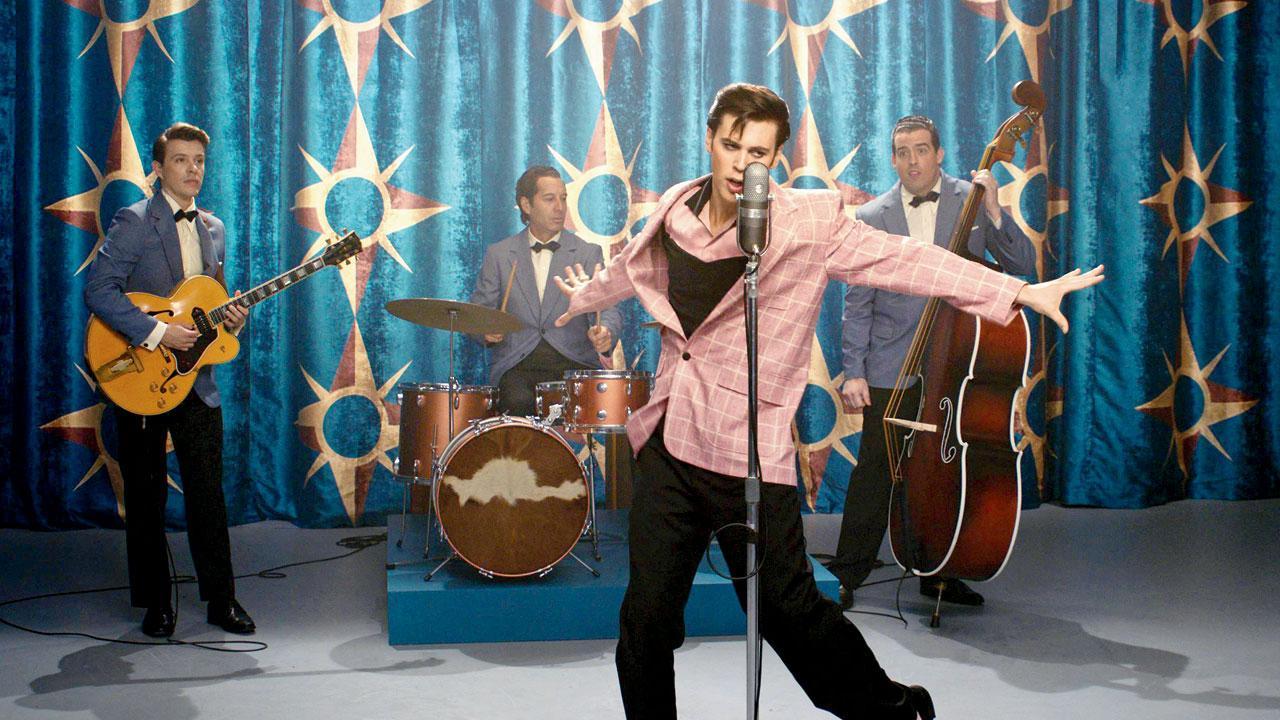 A still from the movie Elvis

Psychoanalysts might weigh in on this better. But I do think the extreme love/lust collectively articulated by women for rockstars (and movie stars, sometimes) is essentially a safe vent or projection of pent-up desires, that the society may not deem as acceptable if it was similarly expressed for men next-door.

The effect of music has obviously a huge role to play in it, besides the dance/performance to those songs. Which is a reason, you’ll notice, girls went giddy for traditional Bollywood heroes, from Rajesh Khanna, SRK to Ranbir Kapoor in India, in a way that they haven’t equally swooned/fainted in the presence of greater actors, like, say Naseer, Irrfan, Nawaz.

It’s about the catty/romantic/pop numbers those stars became the face for. Although none of them were really singers of any kind. They took on epithets like King, etc, otherwise reserved in the West for pop/rockstars. Wherein Michael Jackson (1958-2009) was the ‘king of pop’, and indeed Elvis Presley (1935-77) was the OG ‘king of rock and roll’!

Jackson, born black, grew up to turn himself white, with his Presley-like pelvic thrusts, moonwalked into becoming the greatest of all time, continuing to hypnotise billions. Likewise, Presley, the white man, who grew up around black musicians, embraced “negro rhythm with a country flavour”. Both united the two Americas. And God knows there are two Americas! 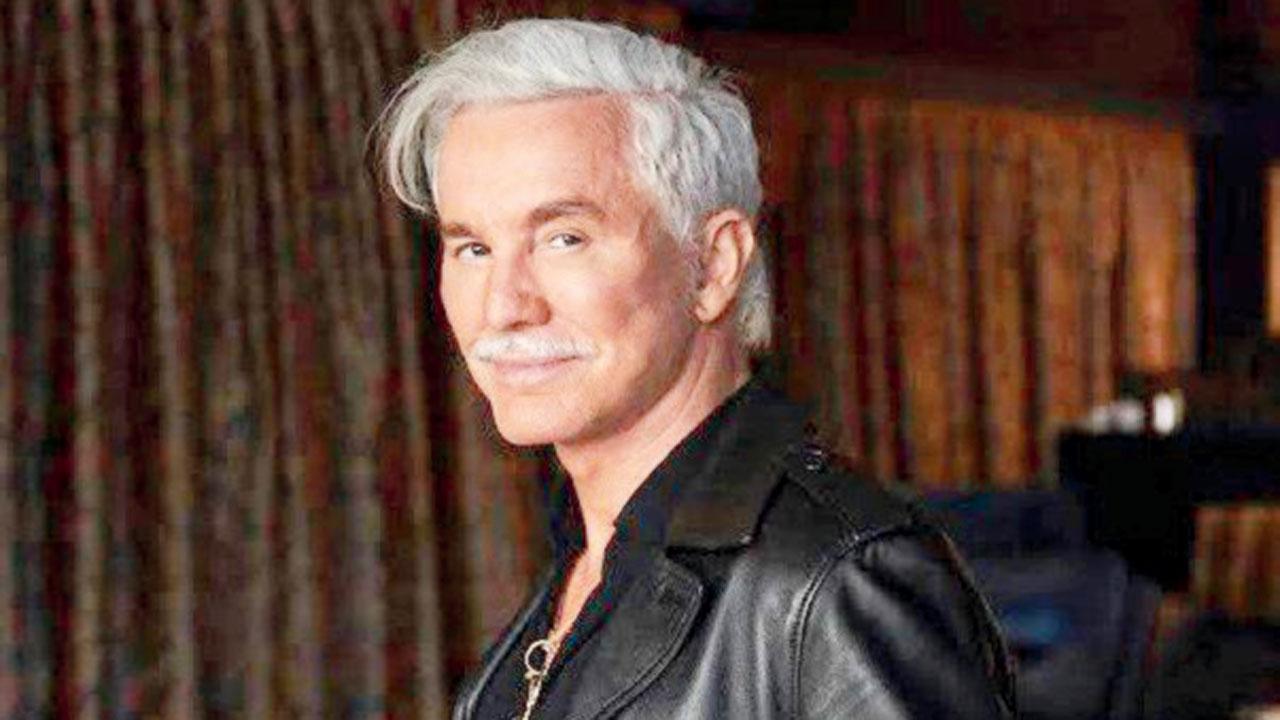 Only that Presley’s ’50s/’60s was a different America. As you can tell from Baz Luhrmann’s biopic Elvis (in theatres), the King’s dance steps were seen as “lewd gyrations and jerky movements”. Women threw themselves and their undies on stage, as he walked down the aisle, kissing each one to their heart’s content, inviting some over to his bed.

Not that his wife Priscilla seemingly had much of a problem with this rock-star life, perhaps deeming her relationship as more securely emotional. She walked out on him over his drug habit. But America’s moral police and network television were appalled, equating “rock and roll to juvenile delinquency”.

Luhrmann captures all of this with the touch of a quasi-operatic musical, rather than a dark, intense drama, like, say, Dexter Fletcher’s Elton John biopic, The Rocketman (2019), or even a string of concert videos, like Bryan Singer’s stellar Bohemian Rhapsody (2018) for The Queen. Many will see Elvis as a hagiography, but only if they don’t see in it a killer ‘Bollywood’ film!

How did we first hear of the Australian born Luhrmann anyway? Many of my vintage, I’m guessing, from his romantic crime film, Romeo+Juliet (1996), which may be a rare Shakespearean adaptation to top the American box-office by a mile. But more so for its soundtrack, actually, which was so lovingly curated, with a white director’s uncommon ear for music, that it reminded you of Indian filmmakers who, for generations, thrived on gathering audiences foremost for the songs in their films.

Without making a hasty generalisation, it’s a desi artform on the wane, which could also explain the lowering of mass audience’s enthusiasm. After Romeo+Juliet, Luhrmann, of course, warmed the cockles of Indian hearts, terming his Moulin Rouge! (2001), a tribute to Bollywood of sorts.

You could tell the influences, by way of a long running time, adequate suspension of disbelief, with actors lip-syncing without mic to music that is neither from 1900 nor from Paris, the film’s setting. The songs still took the story forward, as with a western musical, as against old, conventional Bollywood.

Sure, there was ‘Chamma Chamma’ in the climax, which is a track from Rajkumar Santoshi’s China Gate (1998), that was dedicated to Kurosawa, but was a Western, an American film culture that’s similarly rooted to nothing real.

Moulin Rouge! climax ends with a play on stage, gone berserk, with the film’s characters getting mixed up with the characters in the performance, before a live audience. That may sound like Kundan Shah’s Jaane Bhi Do Yaaro (1983), but not really.

Luhrmann never named/revealed the Bollywood films that inspired him, mentioning on occasion Satyajit Ray, which obviously doesn’t count. In a recent interview, he does call Amitabh Bachchan, the young ’70s superstar, as a “mix of Elvis and Brando”, so he knows what he’s talking about. Bachchan did an extended cameo in Luhrmann’s kinetic The Great Gatsby (2013).

The somewhat unifying theme across Luhrmann’s filmography is still a fantastical/filmic idea of deep, emotional, eternal love. And this is how we see Elvis, as someone bereft of personal bonds, addicted to public adulation, where he finds that love.

Like Nicole Kidman’s character in Moulin Rouge!, Elvis (Austin Butler) seems like a courtesan caught in the trap of a businessman’s (Tom Hanks) whims/profits—selling art, but very much his soul too, as he goes from “Elvis, the rebel, actor, to family entertainer”.

“When you feel lost, just go home,” is a fine line for Elvis. Over three decades, Luhrmann, 60, similarly never left the building. What follows in the film is an effort to bedazzle you with songs, props, lights, and conversation. What remains therefore isn’t so much an Elvis biopic as a Baz Luhrmann film. This is what we call, in our part of the world, the star auteur/director; only Bollywood should be inspired by him now.

Next Story : Need a definite decision on Marathi signage