According to a memo, an unnamed senior adviser to President Donald Trump has also tested positive for the disease 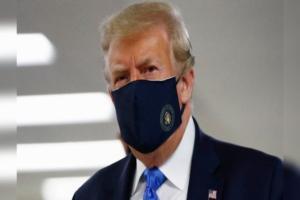 
An internal US government memo has revealed that at least "34 White House staffers and other contacts" have tested positive for COVID-19 recently.

The memo, dated Wednesday and obtained by ABC News, was distributed among senior leadership at the Federal Emergency Management Agency (FEMA).

According to the memo, an unnamed senior adviser to President Donald Trump, who is currently back at the White House after spending three nights in the hospital following his Covid-19 diagnosis, has also tested positive for the disease.

Meanwhile, Hope Hicks and Stephen Miller, both senior aides to the President, have tested positive in recent days.

The President was taken to Walter Reed National Military Medical Center on October 2, after he had announced of his diagnosis earlier that day.

He checked out of the hospital on Monday evening, The Hill news website reported.

Although the US Centers for Disease Control and Prevention (CDC) recommends self-isolation for 14 days after the onset of symptoms, the White House said Trump returned to working from the Oval Office on Wednesday.