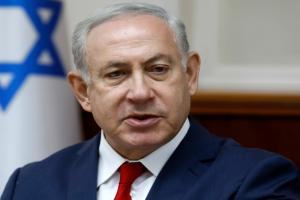 
Israeli Prime Minister Benjamin Netanyahu requested Narendra Modi to approve and allow the export of masks and pharmaceutical raw materials to Israel during his telephonic conversation with his Indian counterpart this week, according to a media report. Israel's Channel 13 on Friday reported that Netanyahu made the request after India decided to stop the export of these items to meet its own domestic requirements in view of the rapid spread of coronavirus. The leading news channel also put out a promotional tweet ahead of its broadcast during its main evening bullettin.

At a press conference on Wednesday, the Israeli Prime Minister had mentioned about reaching out to Modi, among other leaders, hinting at Israeli efforts to maintain and stabilise "supply lines" of essential materials in view of the massive disruption caused by COVID-19. "I also spoke to the Prime Minister of India, my friend Narendra Modi. We are dependent on supply lines from various countries. We are looking into it all the time," Netanyahu told reporters on Wednesday evening.

The Israeli leader on Friday sought to reassure his countrymen that a series of restrictions imposed by the administration to try and stem the spread of coronavirus would not affect the food supply, saying there was "no reason to storm supermarkets". "We are investing considerable means right now to increase the pace of testing, to reduce the infection rate and ¿ of course ¿ to reinforce, strengthen and safeguard the medical teams, as well as many other things," Netanyahu said.

"You have no reason to storm supermarkets. There will be enough food in general and for the (upcoming Passover) holiday," he stressed. Some Israelis have been stocking up on supplies, fearing extended periods of quarantine, lockdown orders, or shortages. Some 35,000 Israelis are said to be in quarantine, almost 1,000 of them doctors and over 600 nurses. Three Israelis are said to be seriously ill with the virus, and almost 150 have tested positive. Nobody has died from coronavirus in Israel.

The deadly novel coronavirus that first originated in the Chinese city of Wuhan in December last year has claimed over 4,200 lives and infected more than 117,330 people across 107 countries and territories, with the World Health Organisation (WHO) describing the outbreak a pandemic. Israel has taken tough measures in its preparations to fight with the coronavirus closing down schools, sports activities, and imposing restrictions on gatherings and workplaces.

The deadly virus, which originated in the Chinese city of Wuhan in December last year, has killed over 5,000 people and infected more than 134,000 globally.