Britons brave the rains to vote for their fate

On the day of the crucial EU referendum, rains swamped London and southeast England attempting to threaten the turnout but that didn’t deter the voters' spirit 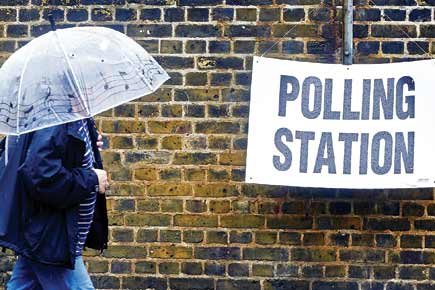 London: Despite torrential rains in London and southeast England, voters headed to polls on Thursday to cast their ballots in a historic referendum on whether Britain should remain in or exit from the European Union (EU). 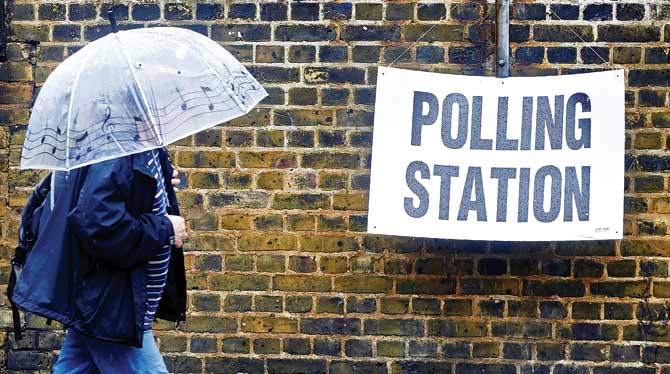 A man shelters from the rain as he arrives at a polling station in London yesterday. Pic/AFP

Torrential rains swamped the British capital as polling stations opened at 7 am. Flood warnings were issued for parts of London and Essex as parts of the capital were expected to see a month’s rainfall in a matter of hours — voting in the referendum continued till 10 p.m.

An estimated 46,499,537 people — a record number for a British poll — were entitled to take part in the vote. British citizens living abroad have already cast their vote by mail.

Unlike at a general election, when MPs only need to win a majority in their constituency to win the seat, every vote counts in this referendum.

According to the Electoral Commission, the results will come in during a frantic three-hour period on Friday, between 4 a.m and 7 a.m.

The Electoral Commission is forecasting that turnout could be as high as 80 per cent (significantly more than the 66 per cent who voted in last year's General Election).

Next Story : US Democrats stage sit-in for stricter gun control