Microsoft in talks to acquire TikTok's US operations: Report

Were looking at TikTok. We may be banning TikTok, President Trump told reporters at the White House. India has banned as many as 106 Chinese apps, including TikTok, a move welcomed by both the administration and the lawmakers 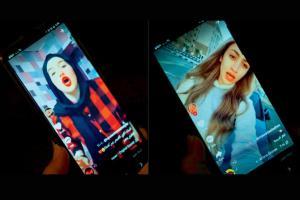 Egyptian influencers Haneen Hossam and Mowada al-Adham, who were sentenced to two years in prison on charges of violating public morals, on the video-sharing app TikTok in Cairo. Pic/AFP


Technology giant Microsoft is in advance talks to acquire TikTok's US operations, according to a media report on Friday, even as President Donald Trump said his administration is considering to ban the Chinese video app.

"We're looking at TikTok. We may be banning TikTok," President Trump told reporters at the White House. India has banned as many as 106 Chinese apps, including TikTok, a move welcomed by both the administration and the lawmakers.

"We may be doing some other things. There are a couple of options. But a lot of things are happening, so we'll see what happens. We are looking at a lot of alternatives with respect to TikTok," Donald Trump said in response to a question.

The Wall Street Journal on Friday night reported that Microsoft, headed by Indian-American Satya Nadella, is in advanced talks to acquire the US operations of TikTok.

The deal could run into billions of dollars. "A deal could be completed by Monday, according to people familiar with the matter, and the talks involve representatives from Microsoft, Bytedance and the White House. Talks are fluid, and a deal may not come together," said the report. China-based Bytedance is the parent company of TikTok.

Next Story : Ninth century Shiva statue, smuggled to UK, to be returned to India