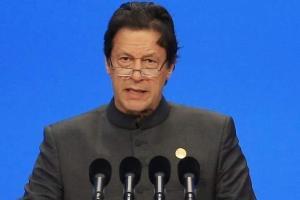 In October last year, the Kingdom had also agreed to establish a credit line worth USD 3 billion for the sale of petroleum products on credit for three years to Islamabad and to give USD 3 billion in Pakistan's foreign currency reserves for a year.

“The Kingdom will supply USD 275 million oil to Pakistan on monthly basis from July,” Shaikh said adding that the facility will “strengthen Pakistan's balance of payments position,” and thanked the Crown Prince.

Pakistan on Thursday successfully test-fired surface-to-surface ballistic missile Shaheen-II, capable of hitting targets as far as 1,500 kilometers away, bringing major Indian cities under its range. The Pakistan Army said in a statement that the launch was aimed at ensuring operational readiness of the Army Strategic Forces Command. “Shaheen-II Missile is capable of carrying conventional and nuclear warheads and meets Pakistan's needs towards maintenance of deterrence,” the Army said.

$3.2bn
Worth of oil Saudi Arabia will supply to Pakistan per year for three years

Next Story : British PM May calls it a day