At his final White House Correspondents’ Dinner, Barack Obama satirised everyone including himself, ending his gig by saying ‘Obama out’, followed by a mic drop 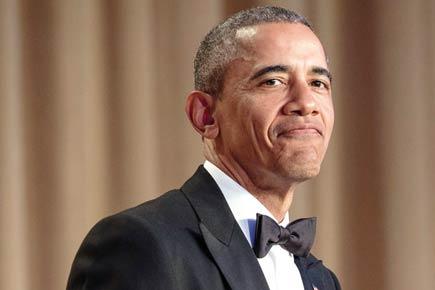 On Hillary Clinton: You’ve got to admit, though, Hillary trying to appeal to young voters is a little bit like your relative just signing up to Facebook. ...‘Did you get my poke?’... ‘I’m not sure I’m using this right.

Next year someone else will be here, guess who she will be? 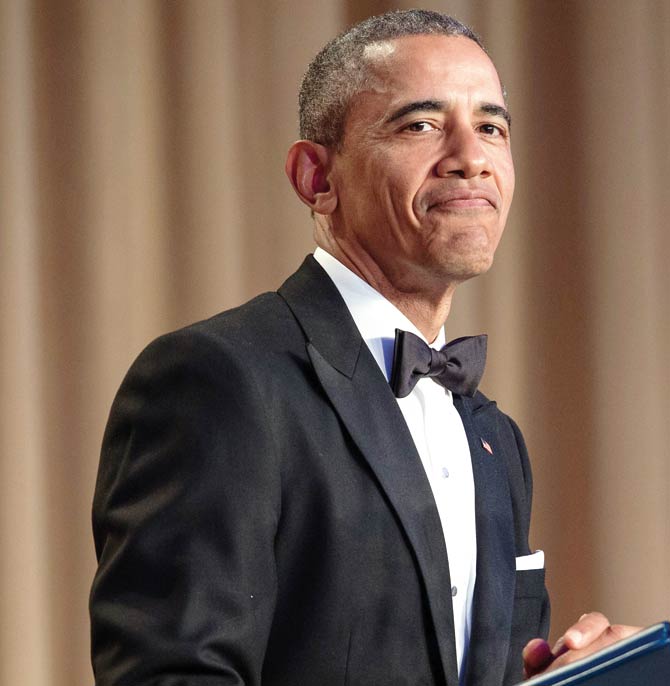 On Donald Trump: They say Donald lacks the foreign policy experience to be president. But in fairness he has spent years meeting with leaders from around the world: Miss Sweden, Miss Argentina, Miss Azerbaijan.

I am a little hurt that he's not here tonight. We had so much fun the last time. And it is surprising. We’ve got a room full of reporters, celebrities, cameras, and he says no. Is this dinner too tacky for The Donald? What could he possibly be doing instead? Sitting at home eating a Trump Steak, tweeting out insults to Angela Merkel?

On Obama – The old man: Eight years ago I was a young man, full of idealism and vigour. And look at me now. Hillary once questioned whether I’d be ready for a 3 am phone call. Now I’m awake anyway because I gotta go to the bathroom.

On Ted Cruz: Ted had a tough week. He went to Indiana – Hoosier country – stood on a basketball court and called a hoop a ‘basketball ring.’ What else is in his lexicon? Baseball sticks? Football hats? But sure, I'm the foreign one.