Revealed: Mosquitoes kill more people in 4 mins than sharks in a year

Microsoft founder Bill Gates has launched Mosquito Week on his blog, to highlight the fact that mosquitoes are one of the world’s deadliest animals. Read to know more 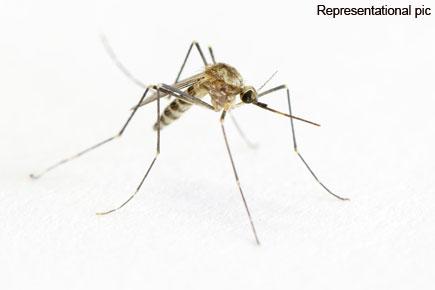 On his blog gatesnotes.com, philanthropist Bill Gates has named this week as Mosquito Week, calling attention to these deadly insects. 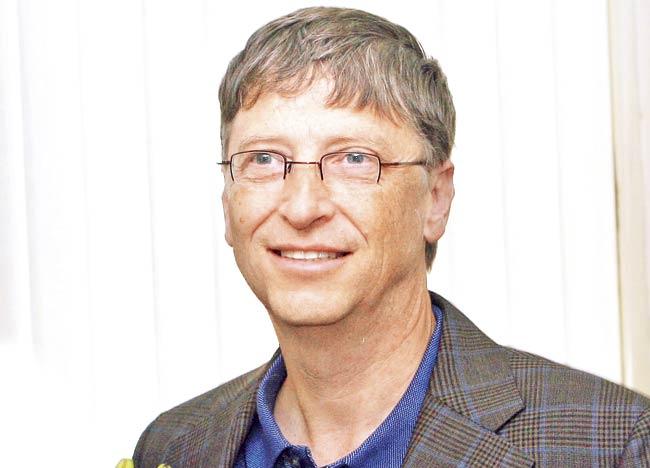 According to Gates, a study by WHO shows that mosquitoes are one of the world’s deadliest animals. The death toll from mosquito bites is 7,25,000 in a year, whereas sharks kill an average of 10 people per annum.

The Microsoft founder writes, “What would you say is the most dangerous animal on Earth? Sharks? Snakes? Humans? Of course the answer depends on how you define dangerous. Personally I’ve had a thing about sharks since the first time I saw Jaws.

But if you’re judging by how many people are killed by an animal every year, then the answer isn’t any of the above. It’s mosquitoes. When it comes to killing humans, no other animal even comes close.”

Dangerous creatures
He adds, “What makes mosquitoes so dangerous? Despite their innocuous-sounding name Spanish for “little fly” they carry devastating diseases. The worst is malaria, which kills more than 6,00,000 people every year; another 200 million cases incapacitate people for days at a time. 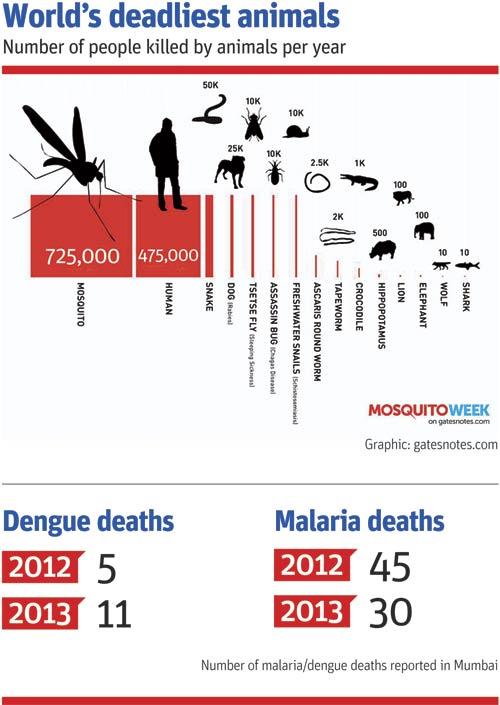 It threatens half of the world’s population and causes billions of dollars in lost productivity annually. Other mosquito-borne diseases include dengue fever, yellow fever, and encephalitis.”

During the peak breeding seasons, they outnumber every other animal on Earth, except termites and ants. They were responsible for tens of thousands of deaths during the construction of the Panama Canal.

And they affect population patterns on a grand scale: In many malarial zones, the disease drives people inland and away from the coast, where the climate is more welcoming to mosquitoes.”

Did you know?
There are more than 2,500 species of mosquito, and mosquitoes are found in every region of the world except Antarctica.