Hadi Matar, of Fairview in New Jersey, was arrested last week and charged with second-degree attempted murder and assault after he stabbed Rushdie, 75, onstage at an event at the Chautauqua Institution in New York state 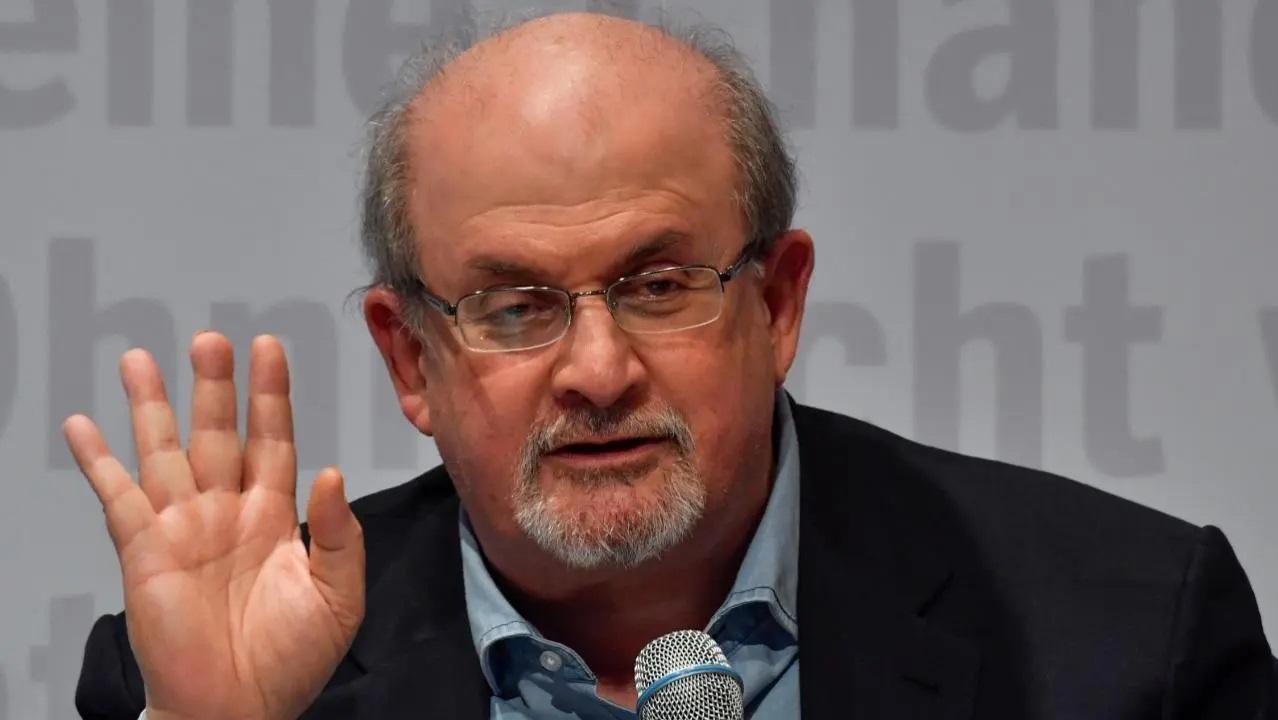 
The 24-year-old man charged with the attempted murder of Salman Rushdie has denied being in contact with Iran's Revolutionary Guard Corps and said that he acted alone when he stabbed the Mumbai-born author, whom he disliked for being "disingenuous".

Hadi Matar, of Fairview in New Jersey, was arrested last week and charged with second-degree attempted murder and assault after he stabbed Rushdie, 75, onstage at an event at the Chautauqua Institution in New York state.

In a video interview to the New York Post from Chautauqua County Jail, Matar said that "When I heard he survived, I was surprised, I guess."

Matar did not respond on whether he was inspired by Iranian supreme leader Ayatollah Ruhollah Khomeini who had issued a fatwa calling for Rushdie's death in 1989 after ¿The Satanic Verses¿ was published.
"I respect the Ayatollah. I think he's a great person. That's as far as I will say about that," Matar told The Post.

He noted that he had only "read like two pages" of Rushdie's controversial novel. "I read a couple of pages. I didn't read the whole thing cover to cover," he said.

The report said that Matar, who was born in the US to parents from southern Lebanon, denied being in contact with Iran's Revolutionary Guard Corps (IRGC) and alluded to acting completely alone.
The IRGC is a major military and political force in Iran. However, no link has been definitively established between Matar and the IRGC.

Matar said he was inspired to go to Chautauqua after seeing a tweet sometime in the winter announcing Rushdie's visit.

Matar said he was less familiar with Rushdie's written work but had watched his videos on YouTube. "I saw a lot of lectures,¿ he said. ¿I don't like people who are disingenuous like that."

In the nearly 15-minute-long interview to The Post Wednesday, Matar spoke about how he took a bus from New Jersey to Buffalo a day before the Friday attack, and then grabbed a ride to Chautauqua.

"I was hanging around pretty much. Not doing anything in particular, just walking around," Matar said, adding that he ¿slept in the grass outside Thursday night, a day before the attack.

"I was just outside the whole time."

Public defender Nathaniel Barone, who represents Matar, has said that he pleaded not guilty to charges of second-degree attempted murder and second-degree assault with intent to cause physical injury with a deadly weapon.

Matar faces up to 32 years if convicted.

Next Story : Can’t pretend COVID-19 is not here, says WHO Chief