The government in Kyiv, on the other hand, declined to say whether it had been behind the explosions 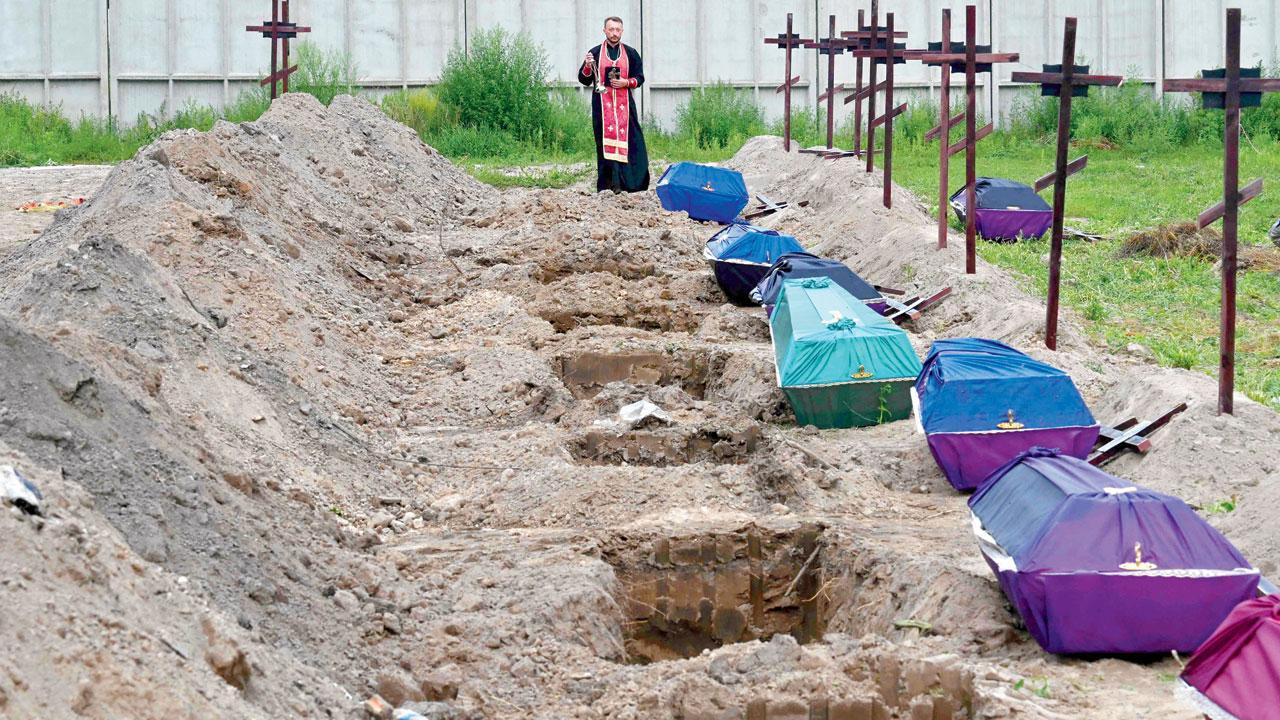 An Orthodox priest serves at the graves of unidentified civilians during their funeral at Bucha Thursday. Pic/AFP


Ukrainian President Volodymyr Zelensky on Thursday told government officials to stop talking to reporters about Kyiv’s military tactics against Russia, saying such remarks were “frankly irresponsible”. In the wake of major blasts that wrecked a Russian air base in Crimea on Tuesday, the New York Times and Washington Post cited unidentified officials as saying Ukrainian forces were responsible. The government in Kyiv, on the other hand, declined to say whether it had been behind the explosions.

“War is definitely not the time for vanity and loud statements. The fewer details you divulge about our defence plans, the better it will be for the implementation of those defence plans,” Zelensky said. “If you want to generate loud headlines, that’s one thing - it’s frankly irresponsible. If you want victory for Ukraine, that is another thing, and you should be aware of your responsibility for every word you say about our state’s plans for defence or counter attacks.” Zelensky addressed his remarks to state, local and military officials and people he said were commenting on events at the front.

First export of wheat from Ukraine

Two more ships left Ukraine’s Black Sea ports on Friday, including one laden with the first Ukrainian wheat to be exported under a U.N-brokered deal, Turkey’s defence ministry said. A total of 14 ships have now departed from Ukraine over the past two weeks, following the deal with Russia.