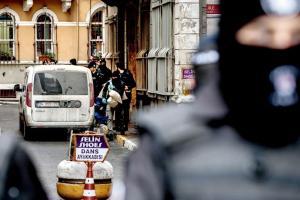 
Turkish police have detained 27 people in Istanbul over suspected links to the Islamic State group, state-run media said on Sunday.

The Anadolu news agency reported that the suspects were held in simultaneous early morning raids by anti-terrorist police in Istanbul as they allegedly prepared to carry out attacks.

The alleged attacks were in response to recent social media posts that insulted the Prophet Muhammad and that a "large number" of documents and digital material was recovered during the searches.

Turkey has suffered a number of attacks by ISIS militants over the past five years, including the bombing of a peace rally in the capital Ankara in October 2015 that killed 102 people.

Next Story : US police say they arrested 12-year-old car thief