According to the store's CCTV footage, the man dressed in black and identified as John Crain, entered the 7-Eleven convenience store in Marysville at around 2 am on February 13 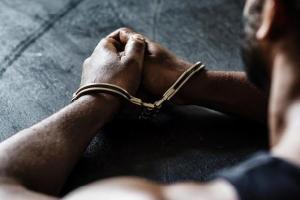 
California: A man was arrested in the US on charges of hate crime after he allegedly punched a Sikh clerk and threw hot coffee on him at a shop in California, believingÂ that the victim was a Muslim.

According to the store's CCTV footage, the man dressed in black and identified as John Crain, entered the 7-Eleven convenience store in Marysville at around 2 am on February 13.

Moments later, the Sikh clerk emerged and the suspect attacked him near the front door of the shop, punching him on his face and throwing hot coffee on him before fleeing from the spot.

The victim suffered injuries on his face and is reported to be recovering. The Sikh clerk later told the officers that the suspect had prepared a cup of coffee and tried to leave without paying, according to a police statement.

Later on that day, law enforcement personnel responded to another case of assault in an area and found the suspect walking away from the scene which matched his description from the earlier incident based on the CCTV footage. Subsequently, the man was arrested.

During interrogation, Crain told the police that he assaulted the Sikh clerk because he thought that he was a Muslim, and he "hated Muslims."