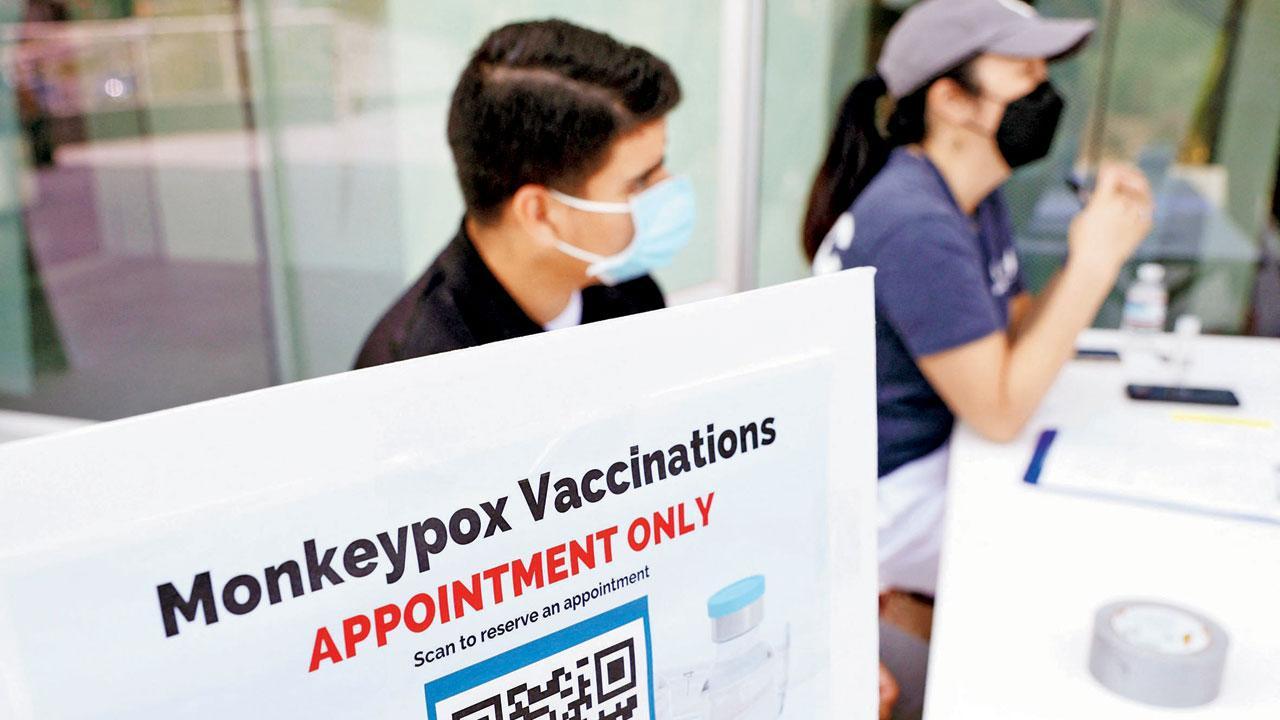 Health workers at a monkeypox vaccination clinic, in California. Pic/AFP


The federal government declared a public health emergency Thursday to bolster the response to the monkeypox outbreak that has infected more than 7,100 Americans. The announcement will free up money and other resources to fight the virus, which may cause fever, body aches, chills, fatigue and pimple-like bumps on many parts of the body.

“We are prepared to take our responses to the next level in addressing this virus, and we urge every American to take monkeypox seriously,” said Xavier Becerra of the US Department of Health and Human Services. The move follows criticism of the Biden administration over monkeypox vaccine availability. Clinics in cities like New York and San Francisco say they haven’t received enough of the two-shot vaccine to meet demand, and some have had to stop offering the second dose to ensure supply of first doses.

The White House said it has made more than 1.1 million doses available and has helped to boost domestic diagnostic capacity to 80,000 tests per week.

The monkeypox virus spreads through prolonged skin-to-skin contact, including hugging, cuddling and kissing, as well as sharing bedding, towels and clothing. The people who have gotten sick so far have been primarily men who have sex with men. But health officials emphasize that the virus can infect anyone. No one in the US has died. A few deaths have been reported in other countries.

Spanish authorities are struggling to check an outbreak that has already left two young men dead. They reportedly died of encephalitis, or swelling of the brain, that can be caused by some viruses. Most monkeypox cases cause only mild symptoms. Spain has had 4,577 cases in the three months since the start of the outbreak, which has been linked to two raves in Europe.

Next Story : 13 dead, dozens injured in blaze at Thai nightclub