Who wants to be a doggie? 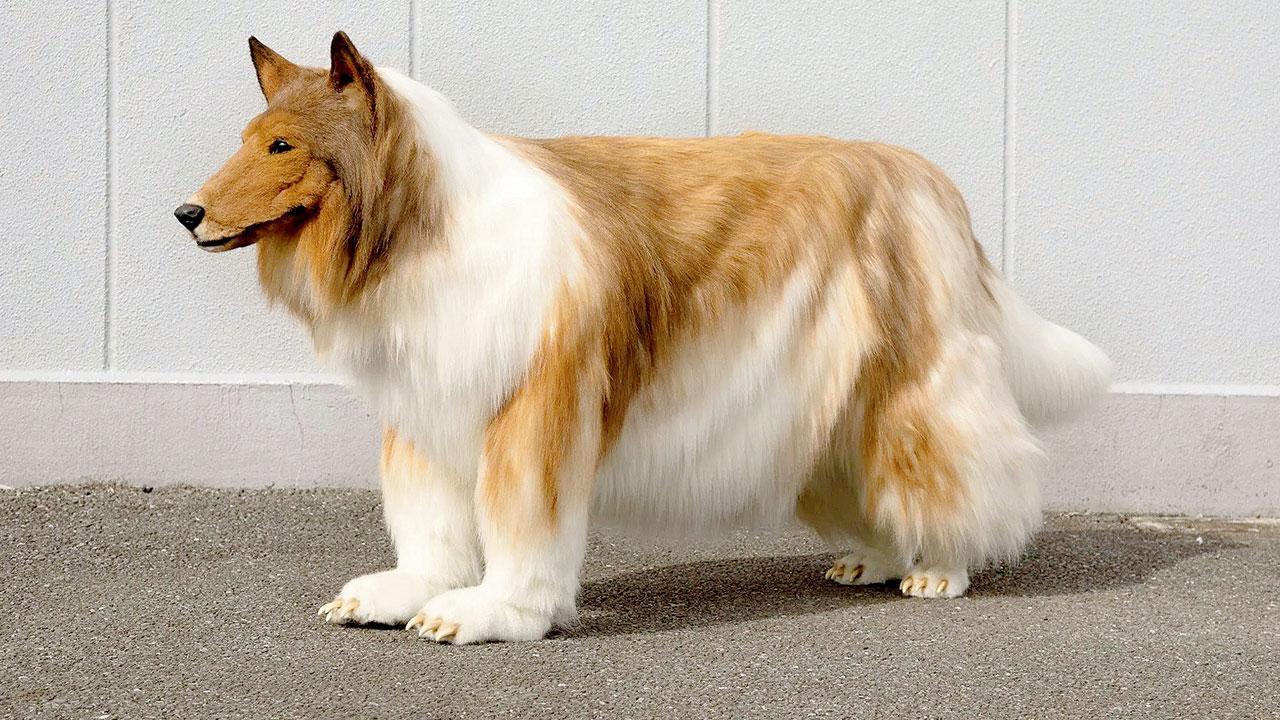 
A Japanese man is going viral after spending more than $15,000 on a hyper realistic costume, so that he could fulfil his lifelong dream of becoming a dog. One of the clips has more than six lakh views on YouTube. “I made it a collie [dog breed] because it looks real when I put it on,” canine cosplayer Toko-San said. For the furry getup, he paid Zeppet—a company that makes costumes for TV commercials and films—a whopping $15,709 (Rs 12 lakh). The final product took 40 days and multiple revisions to create.

Describing his inspiration for becoming his own best friend, Toko-San said, “My favourite are quadruped animals, especially cute ones. Among them, I thought that a big animal close to me would be good, considering that it would be a realistic model, so I decided to make it a dog.” Toko-San said he decided on a collie costume because its long hair can “mislead the human figure” and not to mention that these herding pooches happen to be his favourite breed of dog. 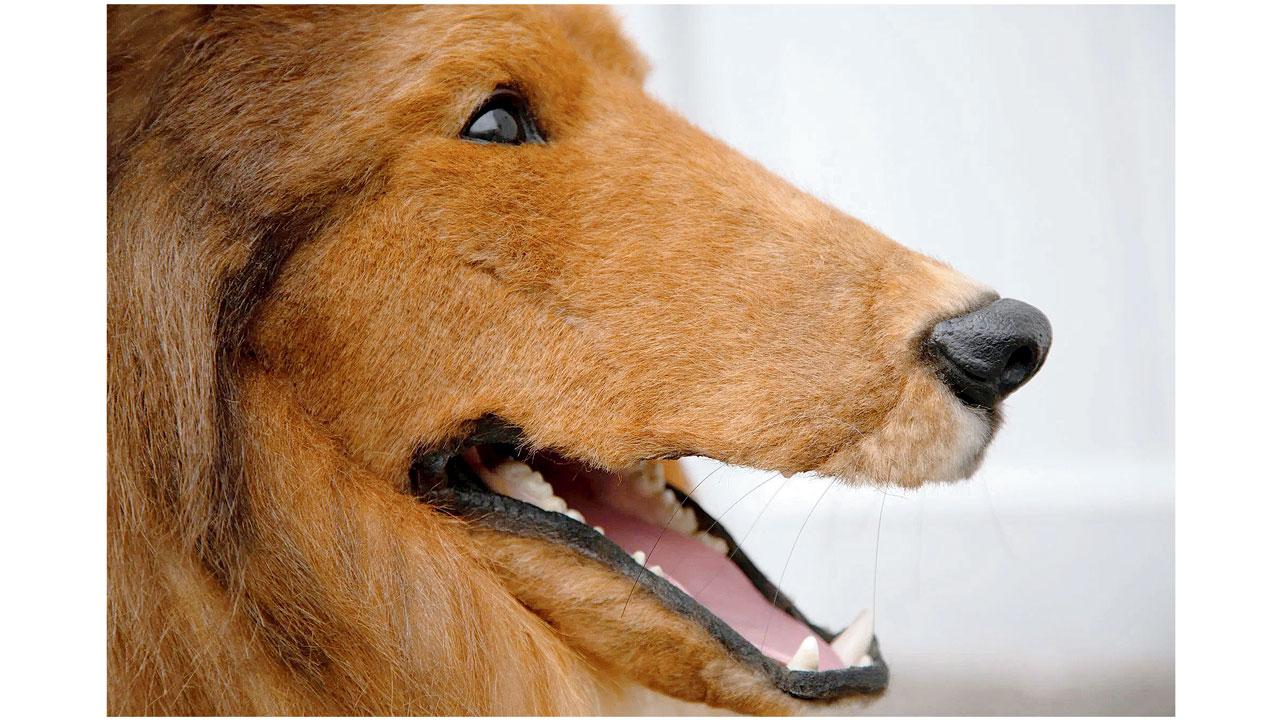 In a viral clip, he can be seen in his collie costume waving, rolling over and performing other super naturalistic canine impersonations. Other clips show Toko-San playing fetch, snuggling with stuffed animals and, somewhat less realistically, bouncing a ping-pong ball on a paddle. Toko-San also shared photos on Twitter with the caption describing how he was “able to fulfil my dream of becoming an animal!”

A 22-yr-old with oversized breasts needs stick to walk

A woman shells out $100 (Rs 7,000) on granny bras and uses a walking stick because of her breast “weight two stone” (equivalent to 11 kg). Anji Chalk, 22, fears she will be “permanently disabled” by the crushing weight of her chest, which is a K cup. 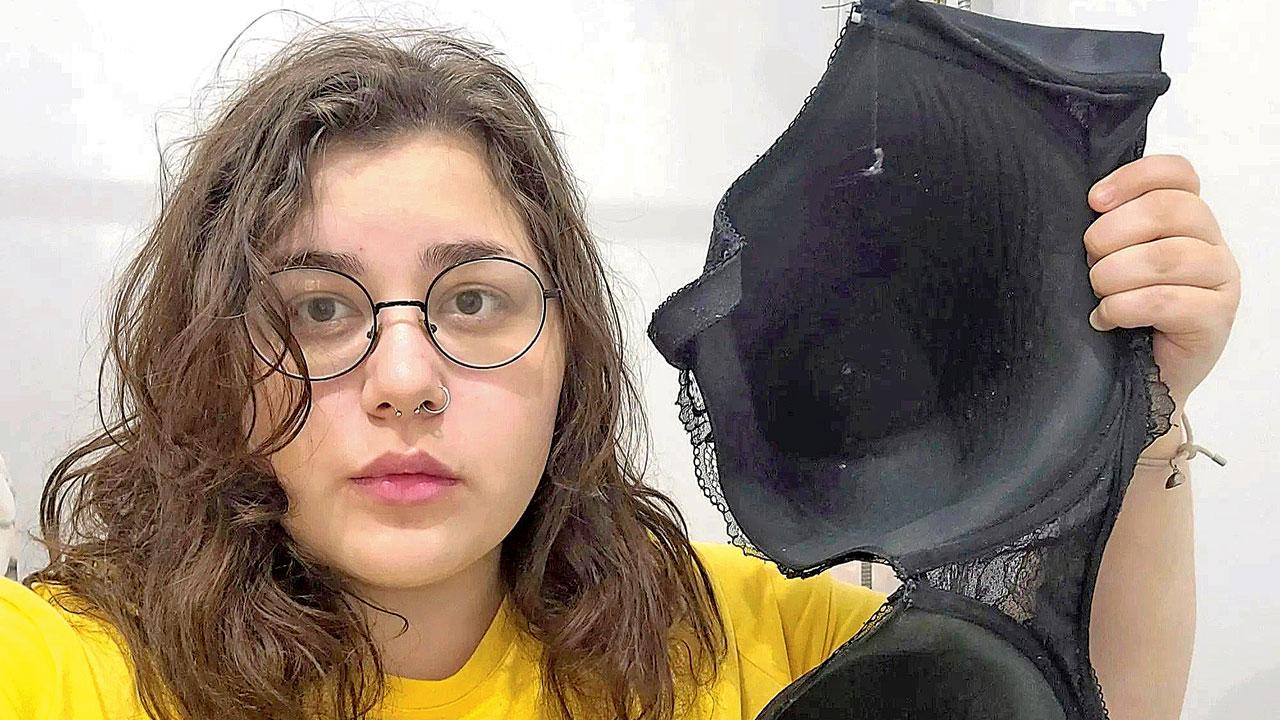 The actress suffers with painful sweat rashes and is regularly covered in bruises due to accidents and injuries. She is desperate to get a breast reduction, but won’t be offered one by the NHS (National Health Service) unless she loses weight.

“I have to spend so much money on ‘granny’ bras that I get commissioned from Poland, they cost about $100 for the cheapest,” she said adding, “I don’t leave the house unless I go shopping but whenever I do, I bring my walking stick with me.” 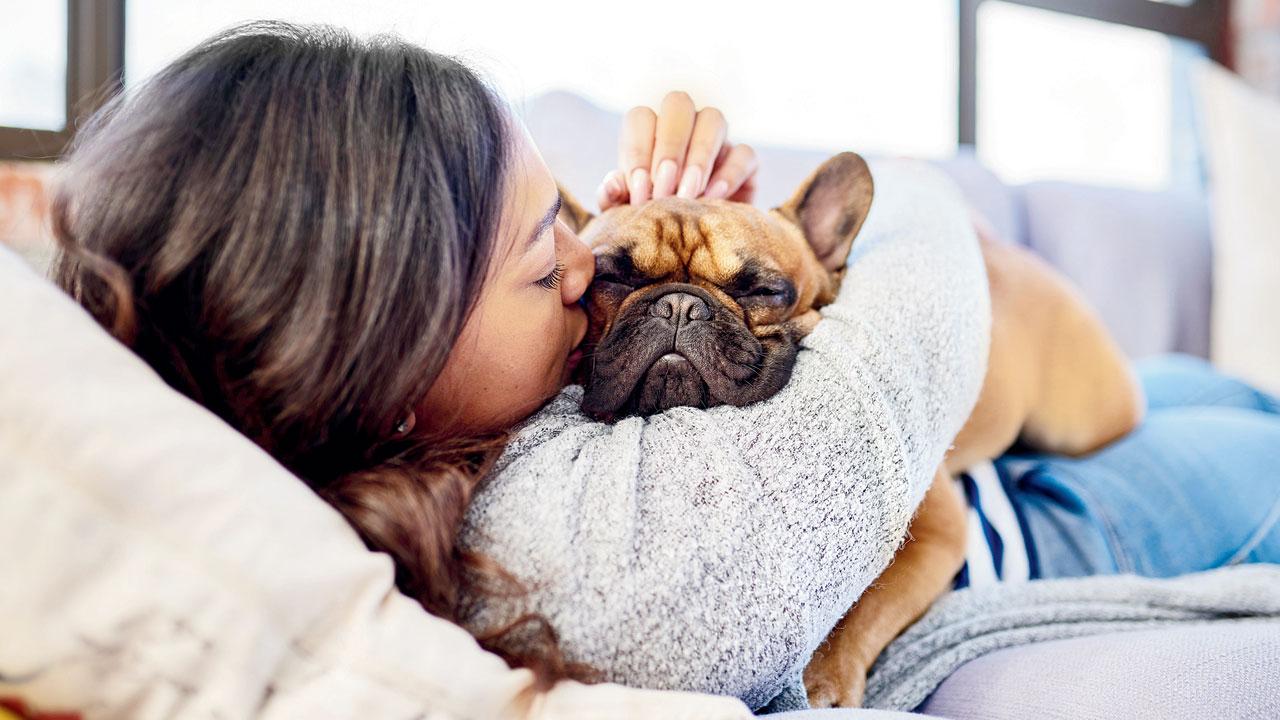 Love has no age 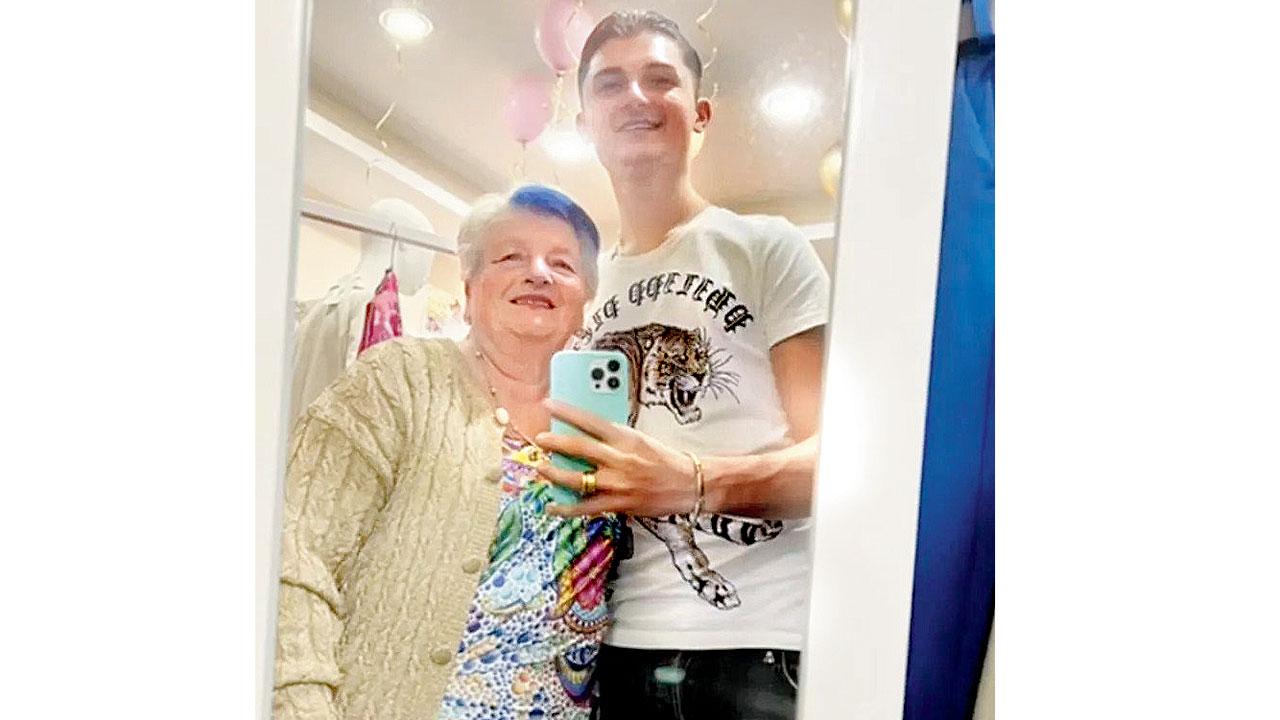 An Italian teen has gone viral on TikTok after proposing to a woman many have mistaken for his grandmother. Giuseppe D’Anna, 19, got engaged to his 76-year-old “soulmate,” whose name has not publicly been disclosed. D’Anna’s video, which has clocked up 20 million views features a photo of the youngster popping the question while down on a knee.

No phones on the toilet

A 28-year-old’s habit of playing mobile games while using the toilet was interrupted when a snake bit him on the backside. The Malaysian man Sabri Tazali, had been sitting on the toilet playing video games on his phone when the snake struck him. “After two weeks, I checked the wound area; there were still half of the snake’s teeth,” he said.

Joshs of the world fight over name 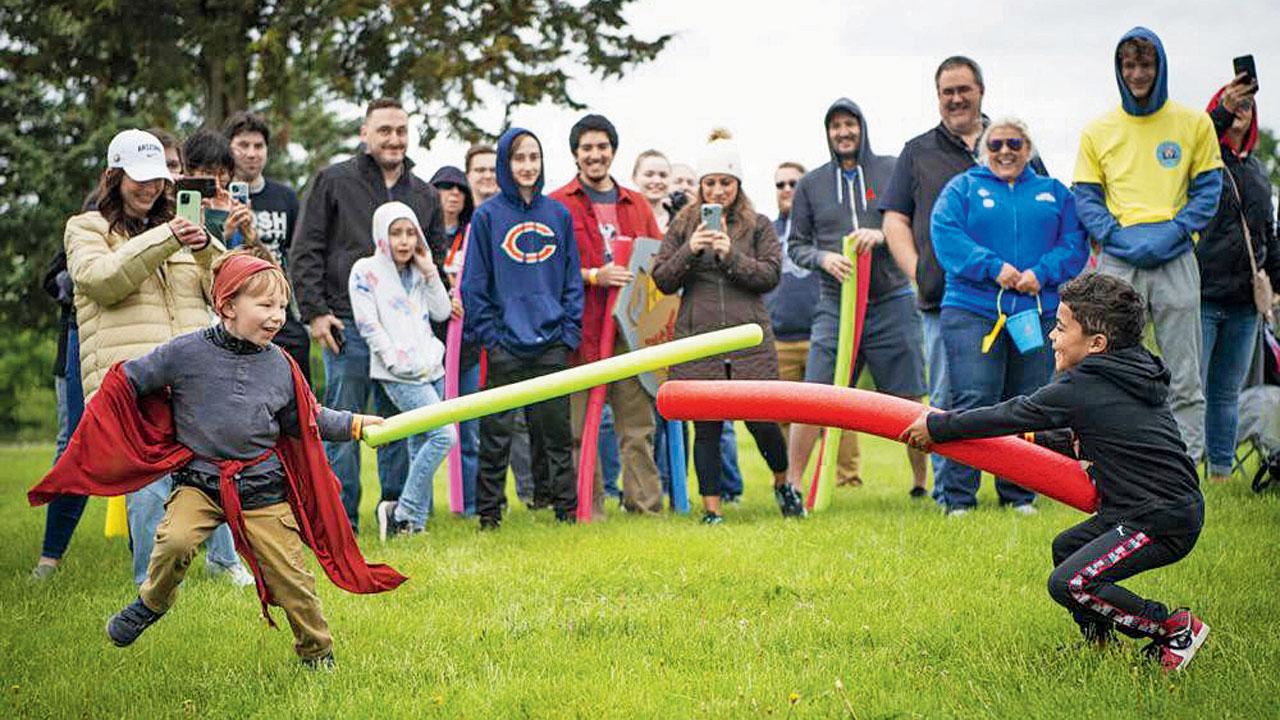 Over hundred people grabbed their pool noodles and headed to a Nebraska park to battle over the right to the name Josh. The event started as an online joke when Josh Swain from Arizona, sent out a tweet challenging anyone who shared his name to fight over it.

Bearded dragon gets stuck in a toy 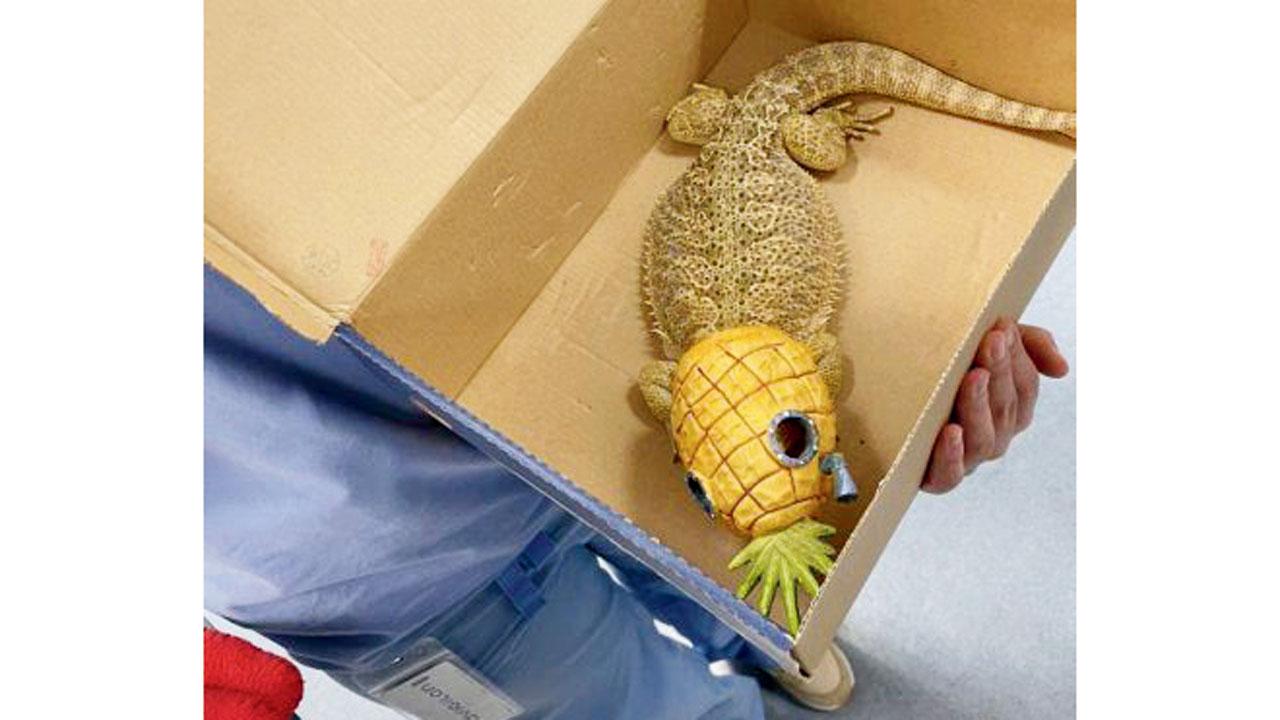 Veterinarians at a Massachusetts animal hospital rescued a bearded dragon. The New England Animal Medical Centre in Bridgewater said that the bearded dragon’s owners brought him in when he got his head stuck inside a toy pineapple. 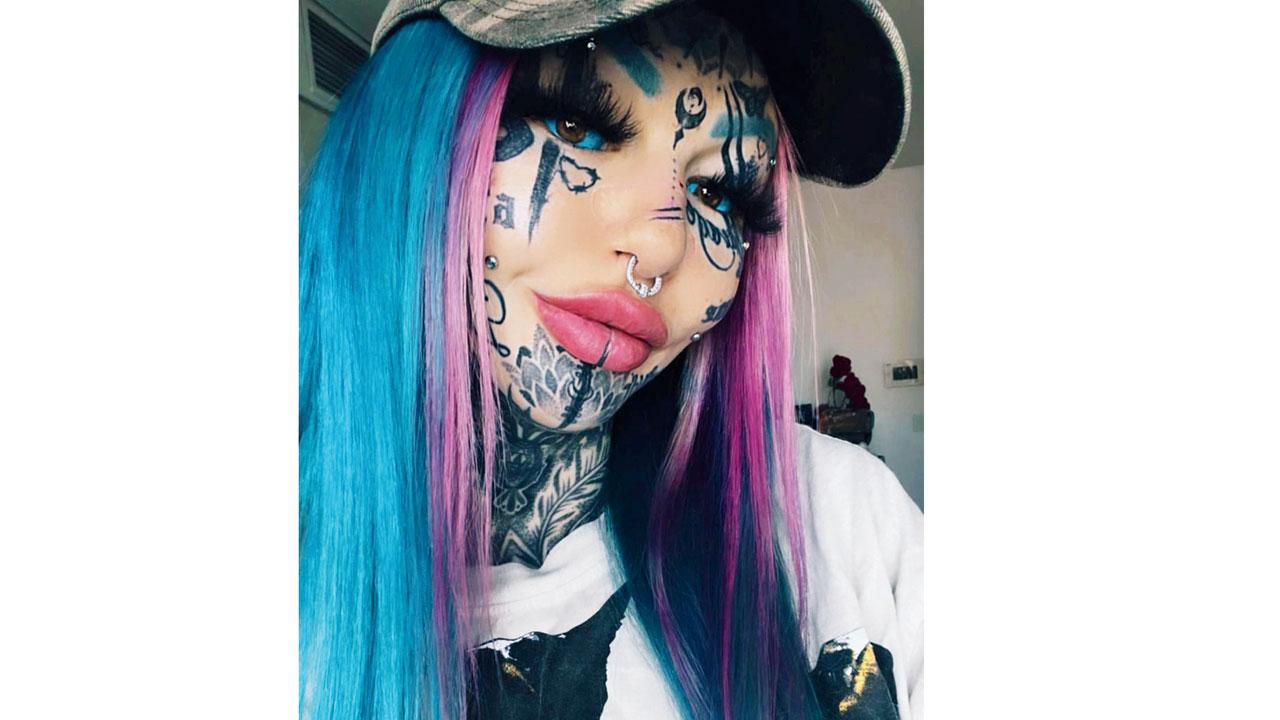 A tattoo model has shared what happened when she got blue inking on her eyeballs, and the reality is grim. Amber Luke, was left temporarily blind, and even cried blue tears, an experience that made her swear off getting extreme body modifications. She has spent more than $90,000(Rs 69 lakh)on body modifications, getting various things done since the age of 14, and now has over 600 tattoos covering 98 per cent of her body. “I can’t even begin to describe to you what the feeling was like, the best thing I can give you is once the eyeball was penetrated with the ink, and it felt like [the tattoo artist] grabbed ten shards of glass and rubbed it in my eye. Unfortunately, my artist went too deep into my eyeball.”