We know how to get the job done: MI bowling coach Shane Bond 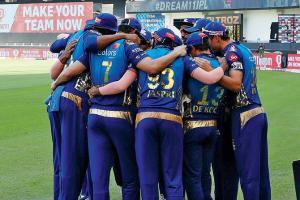 
Defending champions Mumbai Indians (MI) are in great form, having won nine out of their 14 games in IPL-13. With three 400-plus run-getters—Quinton De Kock (443), Ishan Kishan (428) and Suryakumar Yadav (410) and three Top 10 bowlers this season—pacers Jasprit Bumrah (23 wickets), Trent Boult (20) and leggie Rahul Chahar (15) in the team, their opposition must be under pressure.

MI's bowling coach Shane Bond reckons their today's opponents—Delhi Capitals (DC)—who lost both their league games to MI earlier, have a tough task in the all-important Qualifier 1 in Dubai.

"You have got [Kieron] Pollard, Rohit [Sharma], the Pandya brothers [Hardik and Krunal] and now, Suryakumar [Yadav]...guys who know how to win.

"They know the intensity of the finals, pressure of the finals, they have played well and have had success in those finals. So if you take that into the final [play-offs] against the team which hasn't had success and are nervous, then it goes in your advantage," Bond said on Wednesday.

"We are a team that know how to win, we have got some big players in our team, and we still have to play bloody well, because we play whoever has earned their spots and are outstanding teams. There is confidence in this group that we know how to get the job done," said a confident Bond. 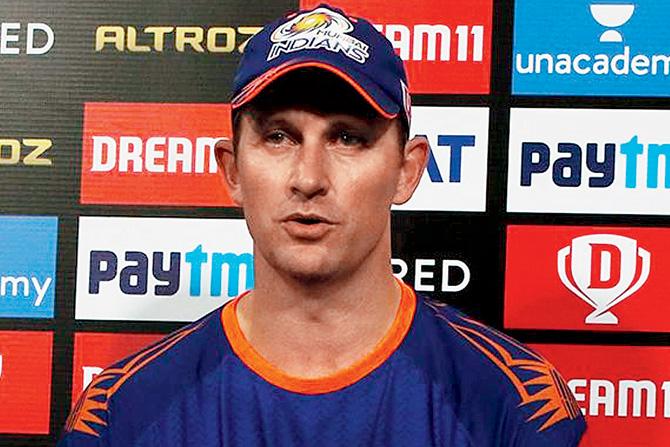 "We have got a whole lot of players, who have experienced winning the tournament. They know how to win with one tight game, so we go in with that weight behind us and that makes a huge difference," Bond added.

Next Story : Rohit Sharma could be under pressure, feels Shikhar Dhawan