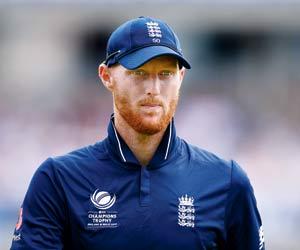 Troubled England all-rounder Ben Stokes and Indian off-spinner Ravichandran Ashwin are among the 16 marquee players for the IPL Players' Auction in Bangalore on January 27 and 28. Australian speedster Mitchell Starc and England captain Joe Root are also among the top foreigners who will be under the hammer. Root's entry in the marquee list is an indication that the England and Wales Cricket Board has finally understood what their players want.

Stokes was cleared to play for England again on Wednesday despite being charged with affray. He was earlier suspended by the ECB for his involvement in an incident outside a nightclub in September. While more than 1000 players had registered for the auctions, the BCCI has pruned the list to 578 players. The players have been bracketed into eight distinct slabs as per their profiles. The slabs for internationals (Indian and foreign) are Rs 2 crore, Rs 1.5 crore, Rs 1 crore, Rs 75 lakh and R50 lakh respectively while uncapped players are base-priced at Rs 40, 30 and 20 lakh respectively.