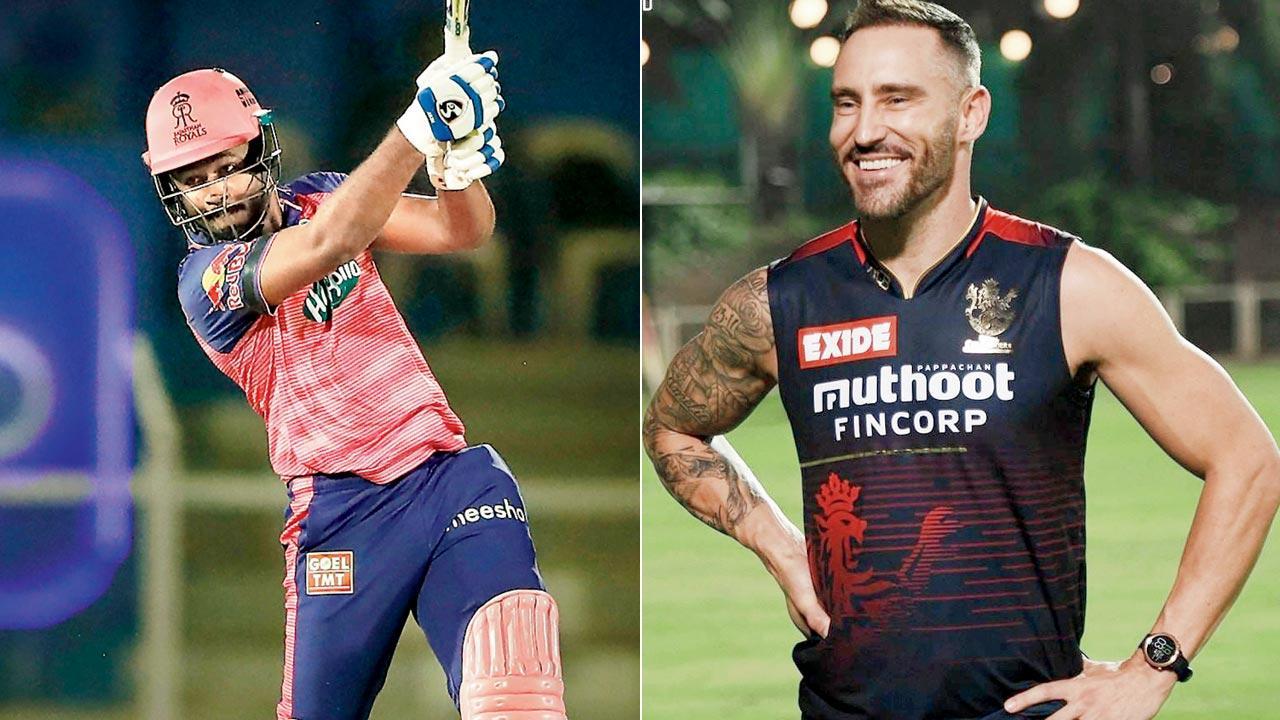 
It is not common for Rajasthan Royals to have a crack at the Indian Premier League final, which they won in the inaugural 2008 season.

For Royal Challengers Bangalore, this will be their fourth chance to make it to the summit clash, having ended up as runners-up in 2009 (losing to Deccan Chargers), 2011 (losing to Chennai Super Kings) and 2016 (going down to the Sunrisers Hyderabad).

Both RR and RCB have one final chance to book Sunday’s date with the Gujarat Titans when they clash in Qualifier-2 tonight at the Narendra Modi Stadium.

While RR, who finished in the Top-2, will look to make amends after their defeat in Qualifier-1 at Eden Gardens, RCB will be keen to cash in on the new lease of life provided by Mumbai Indians, who beat Delhi Capitals and helped the Bangalore side qualify for the playoffs. RCB knocked out one of the most consistent teams, Lucknow Super Giants, in the Eliminator on Wednesday before flying here for another crucial encounter ahead of the all-important final.

RR and RCB shared 1-1 honours when they clashed in the group stage. However, in the last five clashes between these two teams, RCB clearly have an upper hand, with victories in four games.

RR have a few things to put in place though. They need more firepower in the batting beyond Shimron Hetmyer. When the big-hitting West Indian had to return home midway for the birth of his first child, RR were found wanting when they needed a late push. RR will also hope that their premier off-spinner, R Ashwin (11 wickets), and pacer Prasidh Krishna (15 wickets) do not falter like they did in Qualifier-1. Ashwin went wicketless for 40 runs in his four overs while Krishna erred in the final over of the match as GT’s David Miller smashed three sixes, targetting 16 runs. RR’s Purple Cap holder Yuzvendra Chahal also failed to keep things under control, finishing with 4-0-32-0.

Both teams boast of fine spin attacks. RR spinners led by Ashwin and Chahal have claimed 38 wickets, while Sri Lankan leggie Wanindu Hasaranga, the second highest-wicket-taker of the tournament with 25 scalps, has been the most prolific spinner for RCB.

It will be interesting which wicket is offered for these two high-profile games. The strips at Motera are made of black soil and red soil—with black assisting spin and red aiding pace and bounce.

The last international T20 series here between India and England in 2021, witnessed both low-scoring and high-scoring encounters. Given the scorching heat, the fitness of the players will also be put to the test here.

Next Story : ‘Final could witness world record turnout of 1.25 lakh’