Cricket Association of Bengal (CAB) President Avishek Dalmiya on Saturday announced that the organisation is planning to name a stand at the Eden Gardens after legendary India pacer Jhulan Goswami, subject to the approval of apex council. 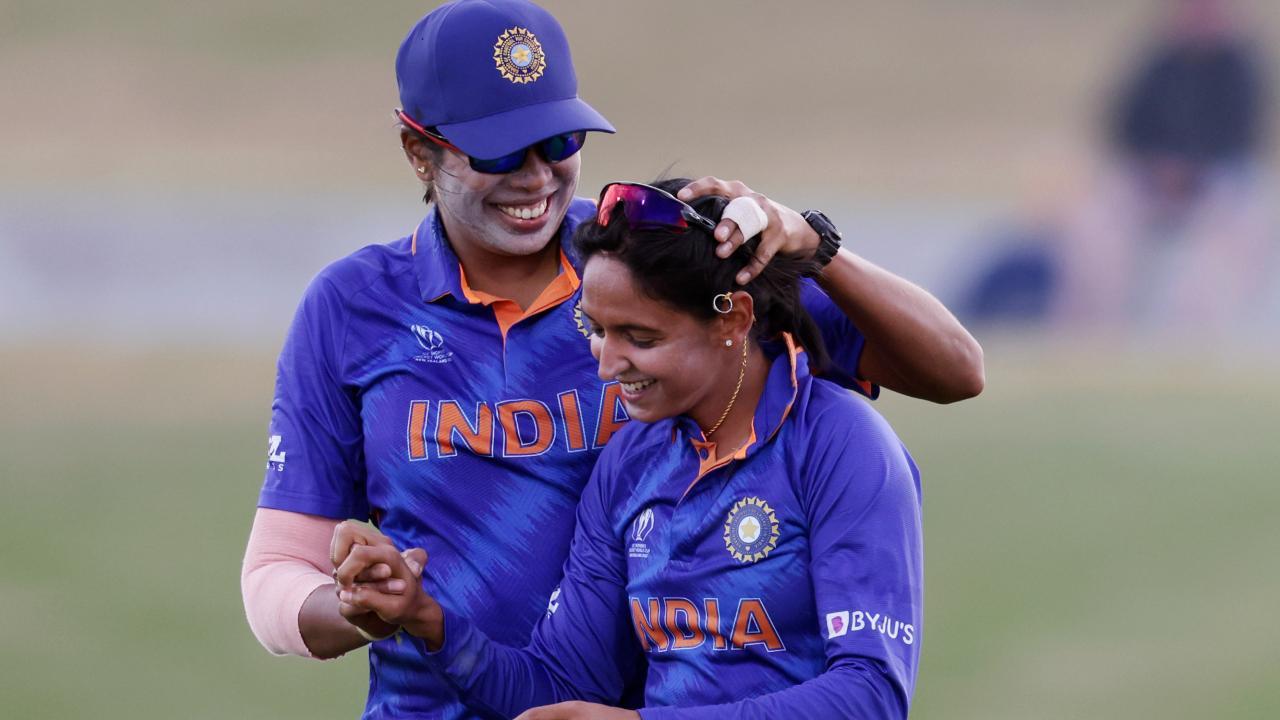 
Cricket Association of Bengal (CAB) President Avishek Dalmiya on Saturday announced that the organisation is planning to name a stand at the Eden Gardens after legendary India pacer Jhulan Goswami, subject to the approval of apex council. Dalmiya's comments come when the CAB, in one of its kind honouring, is organising the live telecast of Jhulan's last international match, against England at Lord's, at an Inox auditorium on Elgin Road in Kolkata before 170 budding women cricketers, CAB members and office bearers.

Considered as one of the greatest cricketers to have ever played the game, Jhulan, currently the leading wicket-taker in women's international cricket with 353 scalps, made her India debut through an ODI in January 2002 against England in Chennai. Stepping on the field for her last international game, Jhulan had the honour of doing the toss for India against England and also gave a speech in the team huddle. Captain Harmanpreet Kaur, who had debuted under Jhulan's captaincy in 2009, broke down in tears when Jhulan addressed the side. She was even provided with a memento before the start of the match at Lord's.

"We are planning to name a stand after Jhulan Goswami at Eden Gardens. She is a special cricketer and deserves to be with the legends. We will approach the army for the necessary permission. We are also planning a special felicitation for her on the annual day." "At CAB we give equal importance to women's cricket and hence we see so many talented cricketers. They are of course inspired by Jhulan's achievements. Though she has retired from international cricket we would love her to play in the woman's IPL," said Dalmiya.

253 of her international scalps have come in 204 ODIs, the most by a bowler in women's international cricket apart from 12 Tests bringing 44 wickets and 56 scalps from 68 T20Is. With 43 scalps, Jhulan also holds the record for taking most wickets in Women's ODI World Cups. "She is a legendary cricketer. She revolutionized women's cricket and especially fast bowling. We have made her the mentor of the Bengal Women's cricket as we want to get her valuable advice." "We have plans to involve her in development of women's cricket. We also want her to play domestic cricket if she wants. We treat women's cricket with value and it shows as all our teams do so well domestically," said Snehasish Ganguly, CAB Secretary.

Also Read: Cannot believe that it's been 15 years since we won the T20 WC: Robin Uthappa

Earlier, a day before ending her 20-year long, illustrious international career, while replying to a query from IANS on words of advice for young pacers who wish to serve the Indian team for long, Jhulan said, "There will be a lots of ups and downs in life. As a bowler, cricket is changing a lot day by day. There is more pressure on the bowlers because of the restrictions and how you are going to prepare is the most important thing. Your preparation will be the key, how you are going to prepare each and every moment, you have to be very clear about it."

"Now the girls are very professional and at this moment, there are decent enough quality bowlers in this team, who are doing a good job so far. I am hopeful of the current bunch, particularly the bowlers, will be playing for a long time."

Next Story : Bowling, fielding in focus