Karthik also tweeted an old picture and wrote, 'If you believe yourself, everything will fall into place' 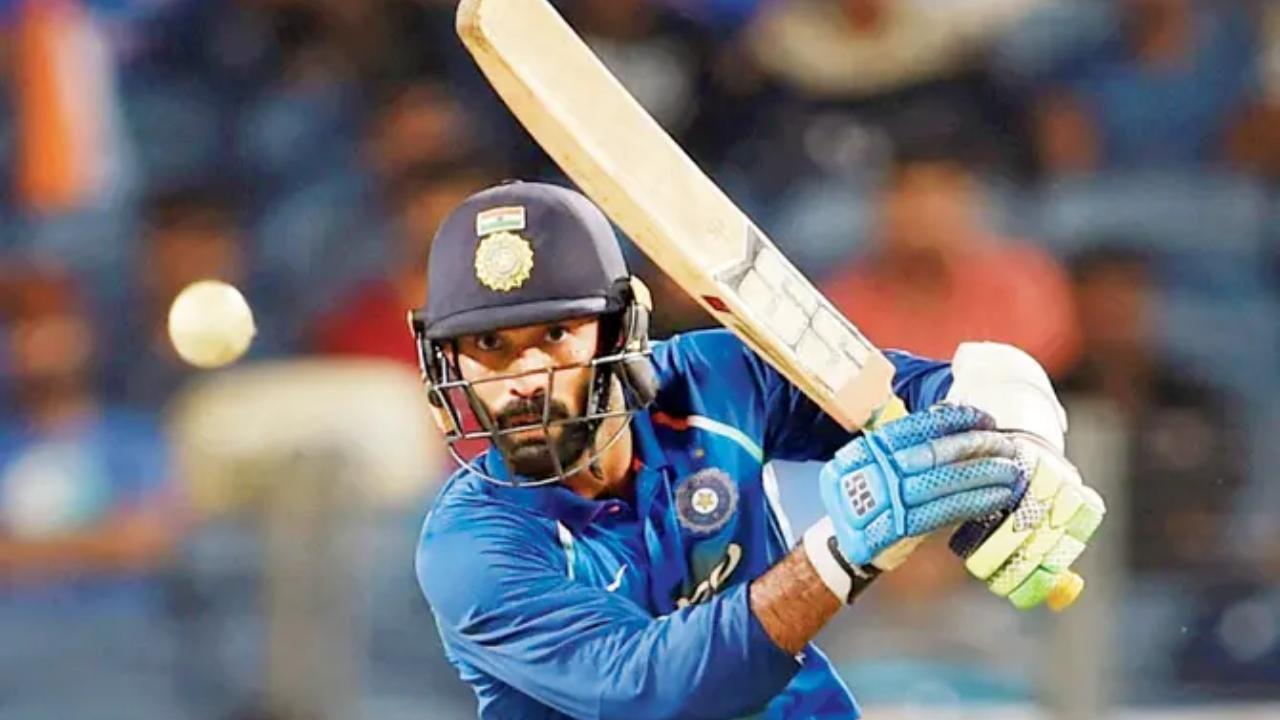 
Wicketkeeper-batter Dinesh Karthik last played a T20I for India in February 2019 against Australia, months before his last appearance in the national colours came during the semifinal loss to eventual runners-up New Zealand in the ODI World Cup in England. Almost three years later, Karthik scripted yet another comeback into the Indian team, this time for the five-match T20I series against South Africa in June, on the back of scintillating finishing touches for Royal Challengers Bangalore in league stage of IPL 2022, amassing 287 at an average of 57.40 and strike-rate of 191.33.

Karthik also tweeted an old picture and wrote, If you believe yourself, everything will fall into place. Karthik termed his re-entry into the national side as "most special comeback" of his career, coming against all odds.

If you believe yourself, everything will fall into place! ✨
Thank you for all the support and belief...the hard work continues... pic.twitter.com/YlnaH9YHW1

"Very happy, very, very satisfying, must say that this has been probably my most special comeback, because a lot of people had given up on me. For me to come back and do what I did, practice the way I did with my coach (Abhishek) Nayar, so many special things that have happened in the lead-up to the auction, and how I practised post that," said Karthik in a video posted by the franchise on their social media accounts.

We spoke to @DineshKarthik, soon after he was named in the Indian T20I squad for the SA series, and he spoke about his self-belief, hours and days of preparation, and the role RCB played in him staging a comeback, only on @KreditBee presents Bold Diaries.#PlayBold #TeamIndia pic.twitter.com/phW0GaBlSx

Karthik expressed gratitude to Bangalore head coach Sanjay Bangar and director of cricket Mike Hesson for entrusting him with finishing duties. "A lot of credit also to Sanjay Bangar and Mike Hesson, I think the clarity that they gave me to execute the role that I wanted to do, in many ways (I am) indebted to RCB for picking me and giving me that role, believing in me and then me coming out here and trying to do my best for this team RCB. All in all, a very, very happy feeling. I am very excited overall."

Karthik, set to turn 37 next week, was quick in crediting the selection committee, skipper Rohit Sharma and head coach Rahul Dravid for selecting him and the skillsets he brings to the team despite many young contenders present in the country.

"Look, I think a lot of credit must go to the selectors, Rohit (Sharma) and (Rahul) Dravid, because these days you have so many young boys putting up their hands for selection. To see the skillset that is there and to believe that this is the guy we need for the (Men's T20) World Cup, it is a very, very humbling feeling. I know the journey is still there to the World Cup but being a part of the scheme of things and giving an opportunity for me to showcase my skills, I am very proud of it."

Despite picking up the commentator's mic during India's Test tour of England and World Test Championship final, Karthik's self-belief and never giving up on making a comeback into the national fold resulted in dishing out consistent performances and eventually, he was rewarded with the call-up for T20Is against the Proteas on Sunday.

"I think I started believing for a long time now, I was always believing but people around me gave me the feel that you should not dream too much. I took up the role of a commentator for a bit and obviously that made it look like I was no more interested in trying to come back to the Indian team. But I have always said that for me, playing in the Indian team is the priority. Because I had time, I did it (commentary) and I am very excited about it (on being in India's T20I team)," concluded the right-hander.

Next Story : Arshdeep Singh delighted on being selected, says bowling to Punjab Kings batters at nets helped in perfect yorkers