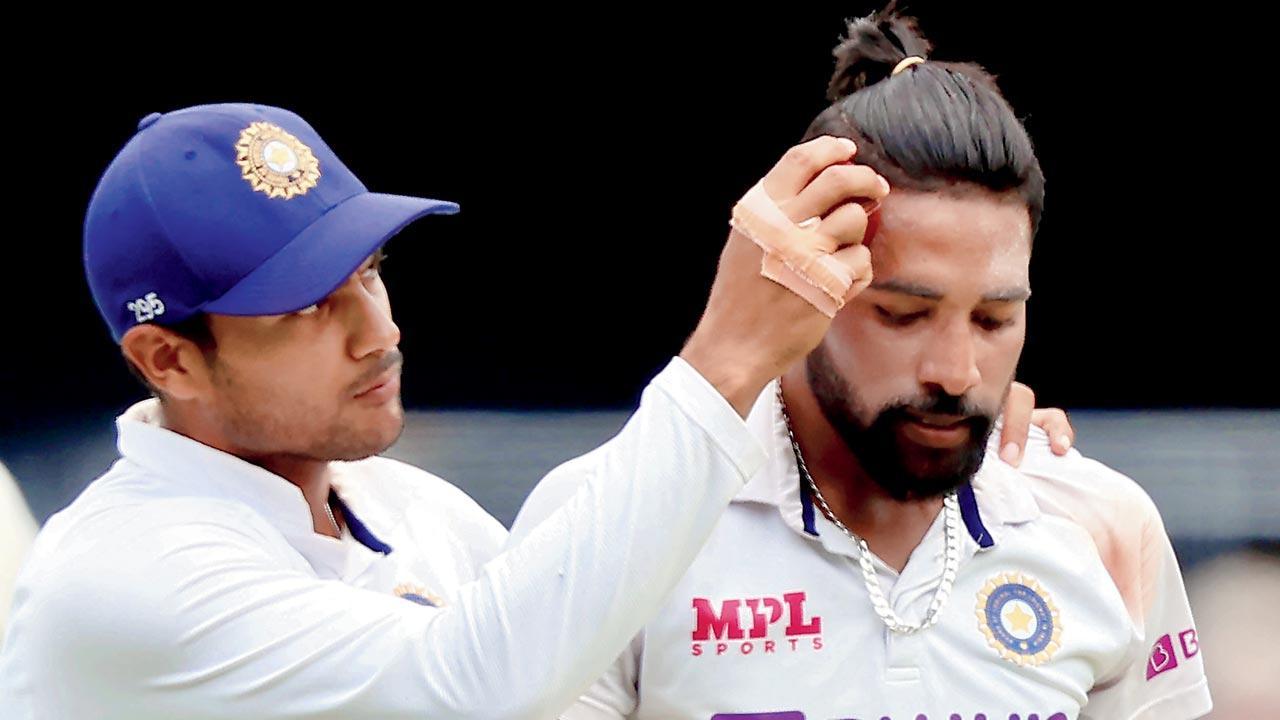 India’s Mayank Agarwal (left) rubs the ball on Mohd Siraj’s sweaty forehead to shine it after saliva was prohibited due to Covid-19 during the fourth Test against Australia at The Gabba in 2021. Pics/Getty Images


The use of saliva to keep the shine on the ball was a key weapon for fast bowlers. It helped them get reverse swing. All that could be history now. The International Cricket Council on Tuesday banned the use of saliva completely in its new playing conditions, which come into effect on October 1. 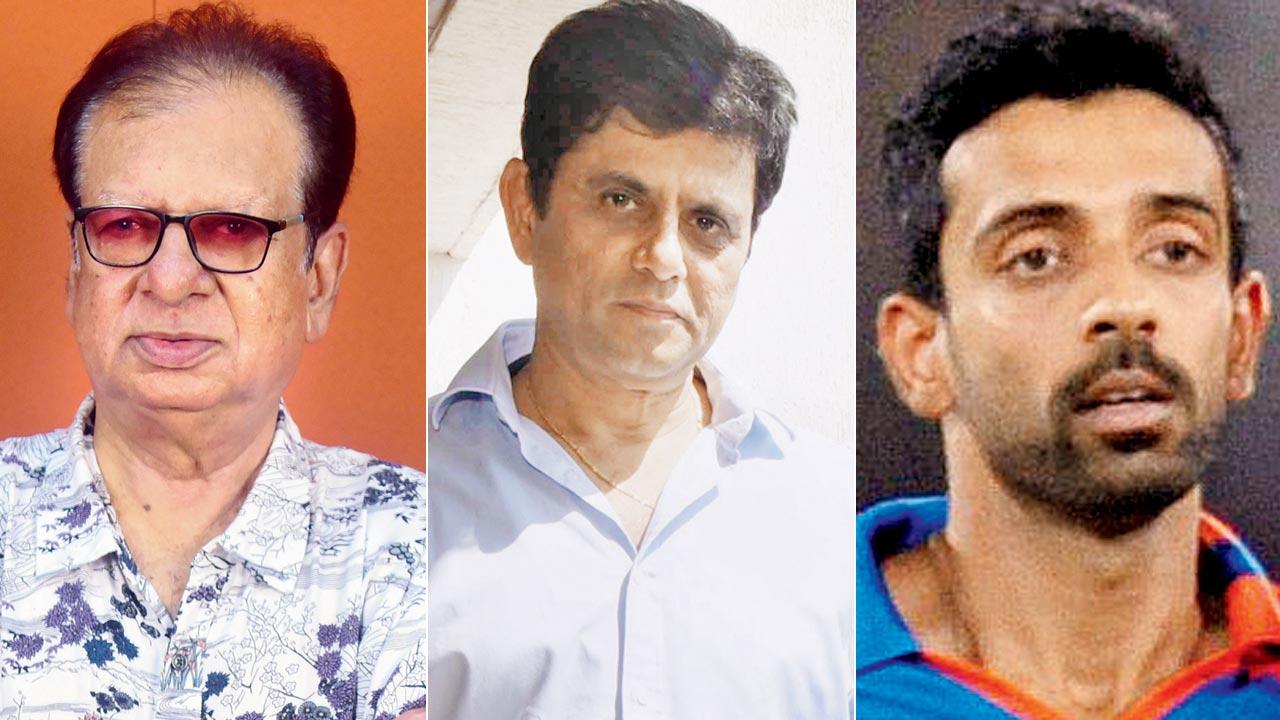 “In Indian conditions, the ball hardly swings and this rule [ban on saliva] will affect a lot of bowlers especially in red-ball cricket. You may see reverse swing going out of play. Now players have to search for new ways to shine the ball. When you apply sweat, the ball gets heavy and stops swinging,” Dhawal, who claimed 19 wickets from 12 ODIs, told mid-day on Tuesday.

When asked about an alternative to saliva, he said: “The pitches are good and result-oriented this season. If there are flat pitches, only batsmen will dominate the proceedings, so the focus should be more on making result-oriented pitches.”

Ghavri, 71, who took 109 Test wickets (some with left-arm spin) from 39 matches, said: “It’s a very good decision in terms of fairness. But it will be only fair if each player follows and implements the rules. Bowlers need to take wickets and so they will try every possible way to do that. Just because the ICC has banned saliva, it doesn’t mean bowlers will not do it. The game cannot be 100 per cent clean.” 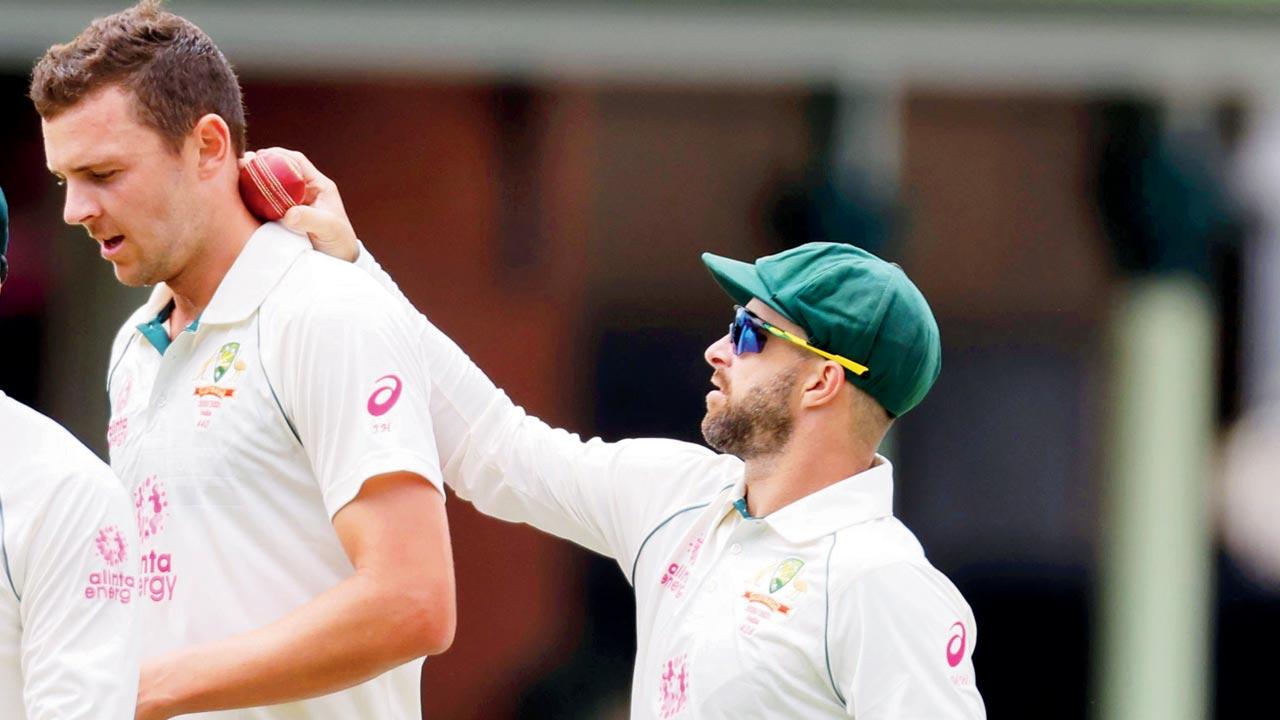 The art of reverse swing

Bowlers from Pakistan are known for extracting reverse swing and Ghavri revealed how they mastered the art. “Everybody used to apply saliva, because it makes a big difference to the shine. The Pakistanis used to keep one side of the ball shining and the other rough. In those days, players kept the ball with them and not with the umpire during drink breaks. Pakistani players used to keep a bottle crown in their pocket and used it to rough one side of the ball. So, after that, the ball swung a lot,” he said.

When asked whether a bowler’s performance will be affected because of this new ruling, Raju, who represented the country in three Tests and 10 ODIs, said: “Yes, because bowlers used to get help from saliva to shine the ball. But as saliva was not allowed for the last two years because of COVID restrictions, now they have got used to the situation. So, it will not be that difficult for bowlers. The art of reverse swing is based on having one side rough and one shiny.”

. New batter will take strike irrespective of whether the two batsmen have crossed before a catch is taken
. ‘Mankading’ is now a run-out and will not come under ‘unfair play’ section
. A new batter will have two minutes, instead of three, to take strike in ODIs and Tests
. Five-run penalty for unfair field movement
. Over-rate penalty to be applied in ODIs too
. No-ball if batter ventures out of pitch to strike ball

Next Story : Mandhana rises to career-best No.2