Olivier sustained the injury during South Africa's four-day tour match against England Lions at The Spitfire Ground St Lawrence in Canterbury, where he picked 2/59 in the first innings 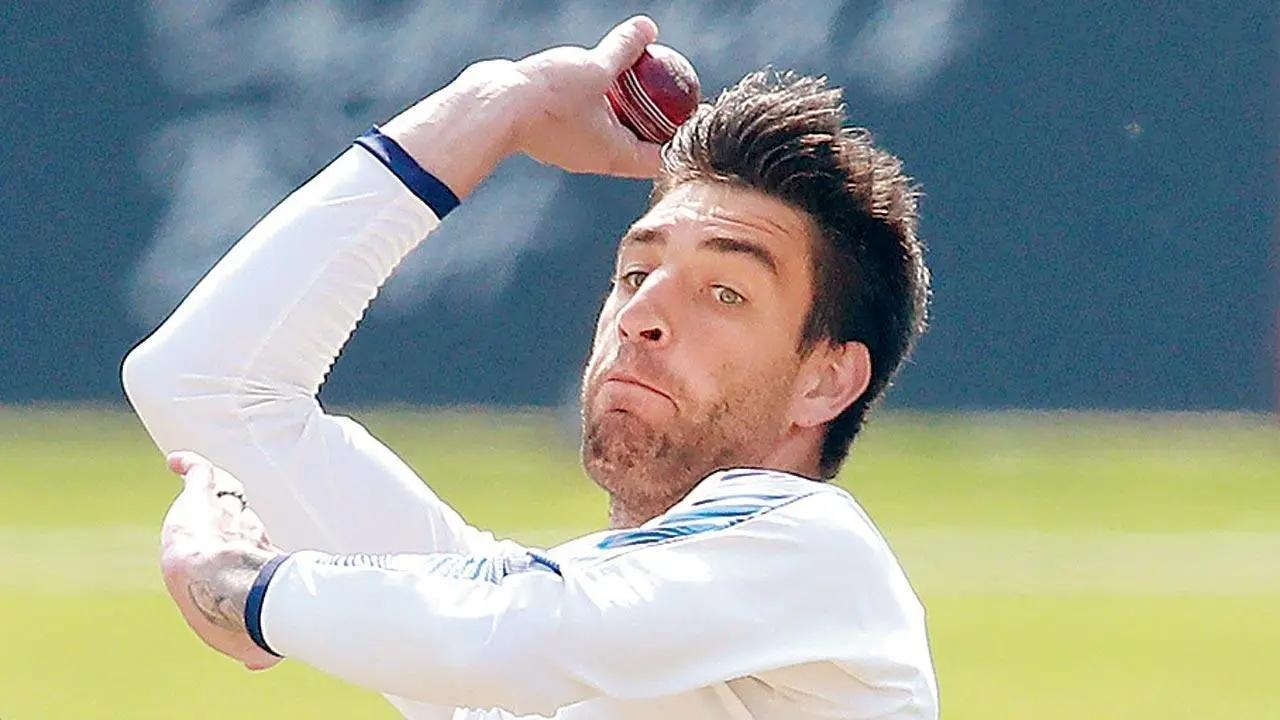 
South Africa's right-arm fast bowler Duanne Olivier on Sunday was ruled out of the upcoming three-match Test series against England due to a grade two right hip flexor muscle tear.

Olivier sustained the injury during South Africa's four-day tour match against England Lions at The Spitfire Ground St Lawrence in Canterbury, where he picked 2/59 in the first innings.

"Duanne presented with significant discomfort involving his right hip flexor muscle at the close of play on day three of the four-day tour match. After clinical assessment, he was referred for an MRI scan which revealed a grade 2 tear involving the right pectineus muscle."

"Due to the extent of the injury, he has been ruled out of the three-match Test series against England and will return home where he will commence his rehabilitation with the Gauteng Central Lions medical team," said Dr Hashendra Ramjee, Proteas team doctor in an official statement.

South Africa have chosen to not announce a replacement for Olivier on their Test tour of England. Since his re-entry into the Test team from the series against India in 2021-22, Olivier has picked 11 wickets at an average of 33.63 in five matches.

Olivier's absence is a huge blow for South Africa ahead of the first Test against England starting from August 17 at Lord's. The visitors are fretting over the fitness of pace spearhead Kagiso Rabada, who is in a race against time to recover from an ankle injury.

The ankle injury had kept Rabada out of the third T20I against England and two-match T20I series against Ireland. South Africa are already without Test vice-captain and right-handed batter Temba Bavuma on this tour, who is recovering from an elbow injury sustained while captaining South Africa in their T20I tour of India in June.

Other seamers in the South Africa squad which captain Dean Elgar and head coach Mark Boucher can choose from are Lungi Ngidi, Anrich Nortje (who last played a Test match in June 2021), Marco Jansen, Lutho Sipamla and Glenton Stuurman.