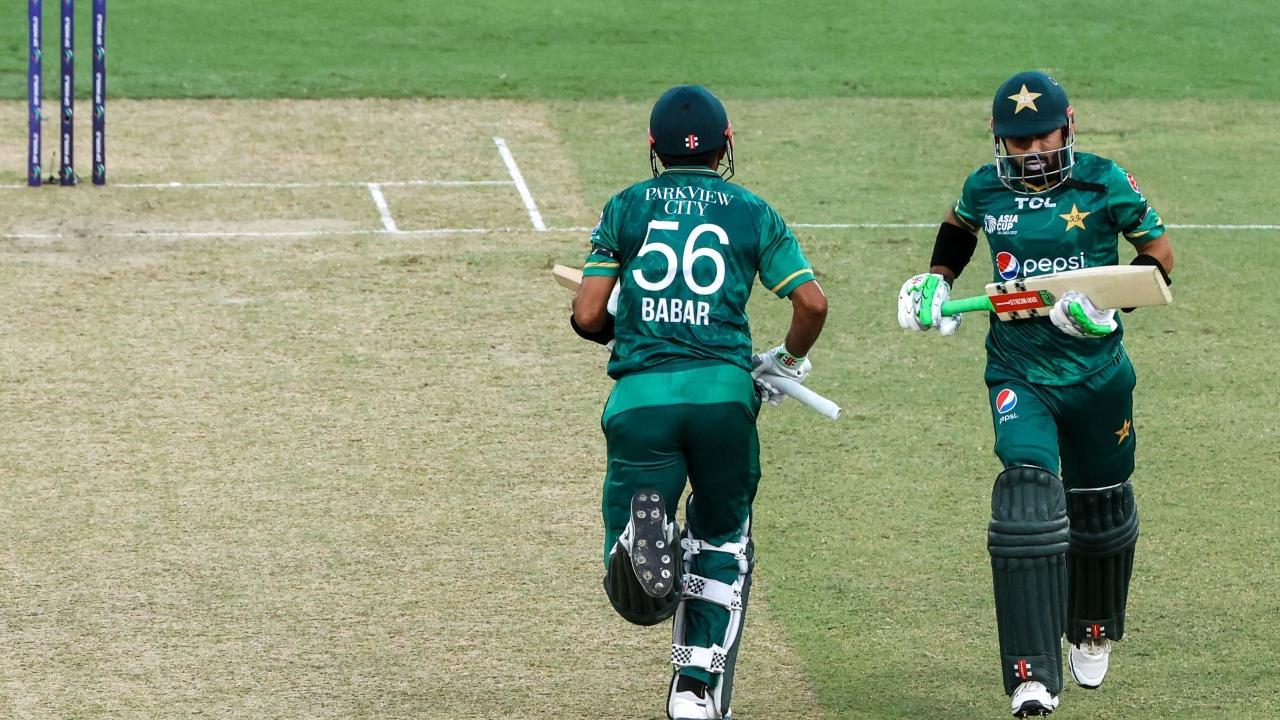 
Former Pakistan head coach Mickey Arthur believes that the side should separate the opening pair of captain Babar Azam and wicketkeeper Mohammad Rizwan. He added that Fakhar Zaman should open the batting, saying having the left-handed batter at the top of the order would force bowlers to change their angles while bowling to him.

While Azam and Zaman fell in power-play during their Asia Cup Group A match against India, Rizwan tried to up the ante, but ramped a short ball straight to third man off Hardik Pandya, with Pakistan eventually making 147 in 19.5 overs.

With them not having much experience in the middle-order, the bulk of the scoring responsibility comes on the trio, who haven't been at their effective best while batting first, as seen from Pakistan losing three matches while batting first post featuring in the T20 World Cup 2021.

"I think they should (separate Babar and Rizwan). Fakhar hits the ball in different areas, it frustrates the bowlers a little bit. It is the different angles, you've got a left-hand and a right-hand. So, spread Babar and Rizwan and you put Fakhar Zaman back at the top," said Arthur on ESPNcricinfo's T20 Time Out show after the match ended.

Arthur believes Pakistan will continue to struggle if they continue with their same batting template. "In terms of blueprint, when I was with Pakistan, and we had a more successful time in T20 cricket, we used to set ourselves to get 160 batting first and then rely on our bowlers to squeeze. We used to build as best we can, and that was quite a good recipe for us."

"The difference between that team and the team now is that in the middle, we had Mohammad Hafeez and Shoaib Malik. In the middle now, they are a very young outfit, they don't have much experience, and when you get them three wickets down early, I think they are going to struggle."

Arthur further remarked that India bringing Ravindra Jadeja at number four disrupted Pakistan's plans of completing the overs of left-arm spinner Mohammad Nawaz, who had taken out Rohit Sharma and Virat Kohli in the middle overs.

"The key for me was having a left-hander there in the middle because that meant they (Pakistan) couldn't bring (Mohammad) Nawaz back. So they had to hold Nawaz to the back-end. And that ultimately probably cost them."

Arthur signed off by saying Azam could have used his spinners, Nawaz and Shadab Khan better in the match. "They should have taken pace off towards the back-end of the powerplay. Principally because they knew they had only 12 overs of pace with the side they had picked, they could have gone through certainly one over of Nawaz, or even one over of Shadab (Khan, the legspinner), because I know, having studied and set up against Rohit, he doesn't play legspin particularly well in the powerplay. Or his strike rate to legspin is a lot less.

Next Story : Thinking about the game is as important a factor as skills: Bhuvneshwar Kumar