With the new ball on a greenish pitch and overcast skies, Bumrah took out Jason Roy, Joe Root and Liam Livingstone for ducks, and dismissed Jonny Bairstow for 7. He would then come back to take the last two England wickets to dismantle England for 110 runs 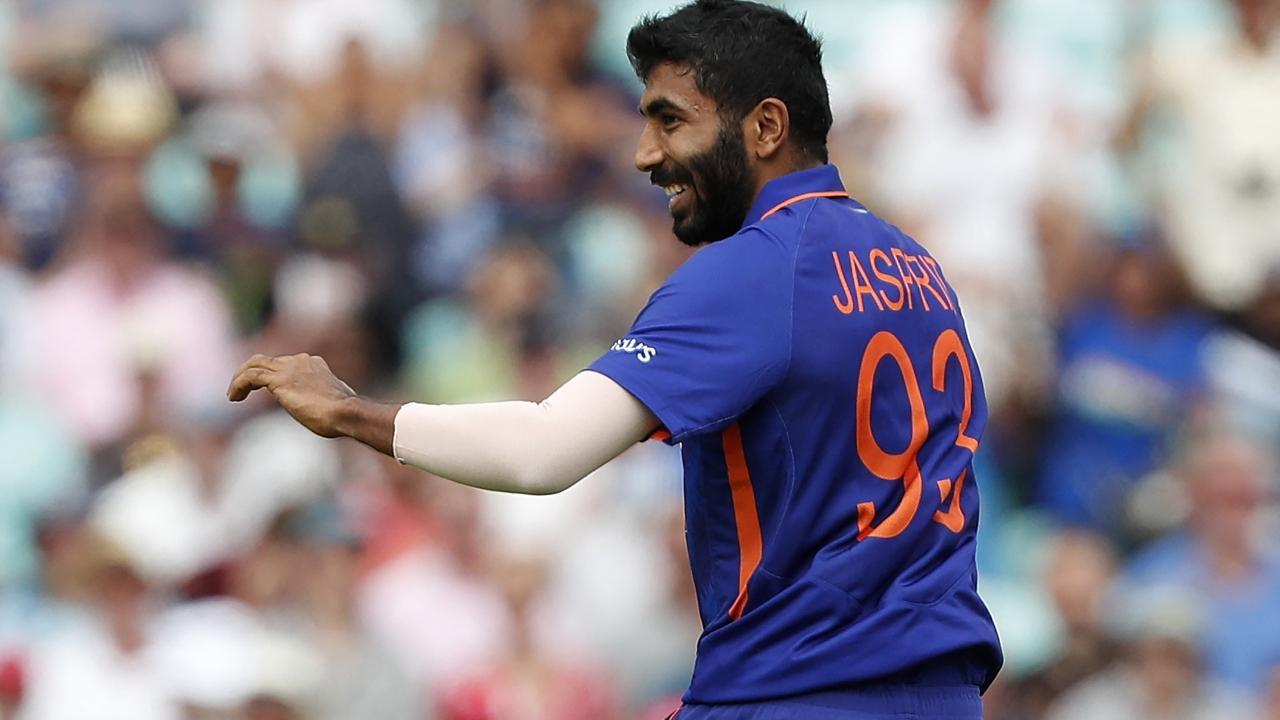 
In the first ODI against England at The Oval, India's pace spearhead Jasprit Bumrah was at his menacing best, rattling the England top-order with swing, extra bounce and pitching it up to pick a magnificent 6-19 in 7.2 overs as England were bowled out for 110, setting the base for a thrashing 10-wicket victory for the visitors.

With the new ball on a greenish pitch and overcast skies, Bumrah took out Jason Roy, Joe Root and Liam Livingstone for ducks, and dismissed Jonny Bairstow for 7. He would then come back to take the last two England wickets to grab his best-ever figures in ODIs and the third best by an Indian bowler in this format of the game after Stuart Binny and Anil Kumble.

Former England captain Nasser Hussain hailed Bumrah, saying that the right-arm pacer is the best all-format bowler in the world right now. "The performance in this game was spectacular, high-class. Some of the balls were absolute jaffas. He has the unusual action and run-up so the ball does come at you like a thunderbolt. He also swings it both ways -- but he does not just swing it, he is quick as well.

"Bumrah would have to be the best all-format bowler in world cricket. Who would be the challengers? Maybe Trent Boult, Shaheen Shah Afridi, Jofra Archer when fit. But right now, he is the best there is," said Hussain after the match.

Former India head coach Ravi Shastri pointed out that Bumrah's adaptability has enhanced ever since he burst on the scene in 2016. "Where he has improved is his ability to adapt. When he sensed conditions were good for swing, he went closer to the bat. He has variations - a good bouncer, a good yorker - so he can hustle you. You don't know what to expect."

Hussain concluded by applauding India for being streets ahead of England in the first ODI to take a 1-0 lead in the three-match series.

"It was a walloping from the first ball to the last, a very one-sided game. India were far too good with the individual performances of Bumrah, Rohit and Dhawan. India were brilliant and England were just not at the races."

Next Story : Tendulkar, Sehwag, Yuvraj and others wish a Happy Guru Purnima 2022 to the world