Harshal Patel one of the best death-over bowlers in the country: Sachin Tendulkar

Patel bagged the Purple Cap in IPL 2021 taking 32 wickets in 15 games, with his best figures being 5/27 for the then Virat Kohli-led side. Ahead of the new season, he was bought back by the Bengaluru franchise. The right-arm medium pacer hasn't disappointed his side, taking 18 wickets in 12 games 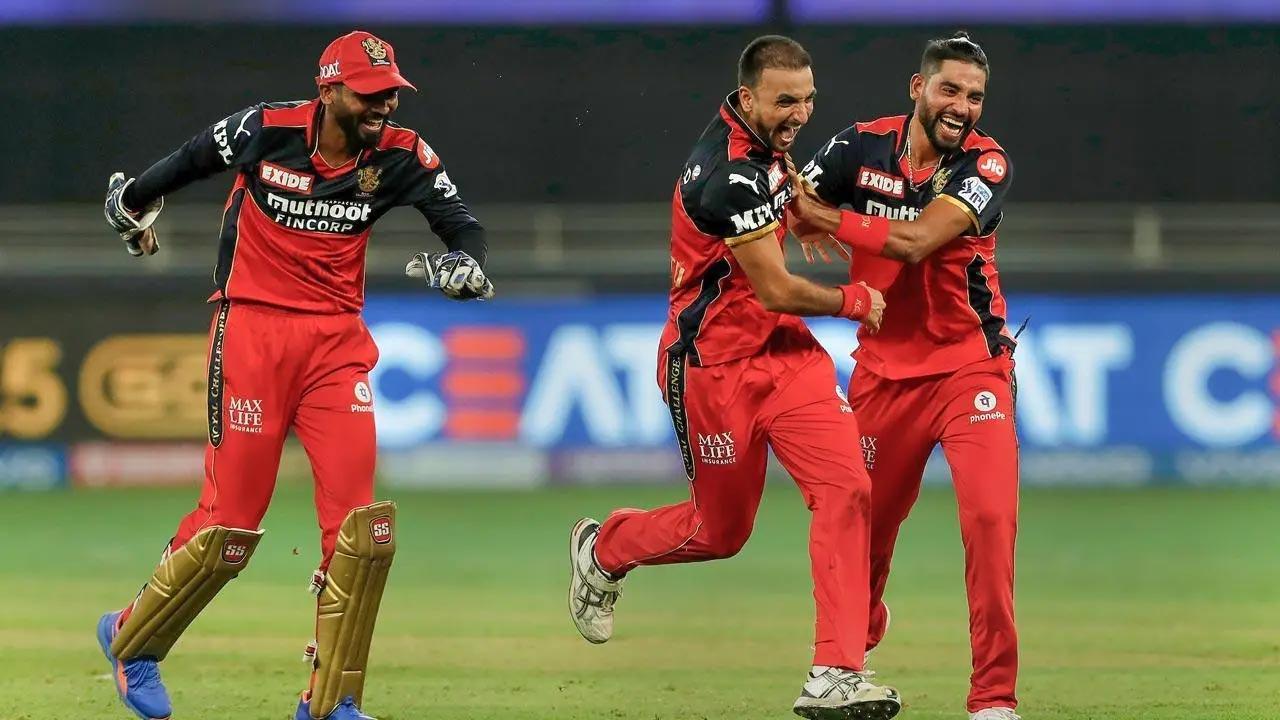 
Harshal Patel disguising his variations beautifully is the reason why the 31-year-old Royal Challengers Bangalore pace bowler has been performing so well in the last couple of Indian Premier League (IPL) seasons, according to India's cricketing legend Sachin Tendulkar.

Patel bagged the Purple Cap in IPL 2021 taking 32 wickets in 15 games, with his best figures being 5/27 for the then Virat Kohli-led side. Ahead of the new season, he was bought back by the Bengaluru franchise for a whopping Rs 10.75 crore in the mega auction. And, the right-arm medium pacer hasn't disappointed his side, taking 18 wickets in 12 games.

Overall in his IPL career, dating back to 2012, Patel has taken 96 wickets and would be eyeing a century of IPL wickets this season.

RCB are currently on 14 points from 13 games and have a chance of making the last-four if they win their last league game against Gujarat Titans by a huge margin. And, they would be banking on Patel to do the needful. Tendulkar believes that Patel can be an absolute gem to Indian cricket.

Speaking on his Youtube channel, the legend labelled Patel as one of the most potent bowlers in the death overs. "Punjab was able to put on 209 on the board and that is only because of Harshal Patel. His bowling has improved with every match as he is able to disguise his variation beautifully. Well bowled, Harshal and I think that he is one of the leading bowlers in the country when it comes to bowling in the death overs," said the cricketing great.

The way Punjab Kings were going in that game at the Brabourne Stadium on May 13 with Jonny Bairstow and Liam Livingstone smashing Australian pacer Josh Hazlewood and Mohammed Siraj at will, it was Patel who brought sanity to the game, restricting the opposition to 209 when 240-250 looked a possibility.

Patel returned figures of 4-0-34-4, bowling at an economy rate of 8.50, where Hazlewood conceded 64 in his four overs and Siraj went for 36 in his two overs.

Harshal will have to play a key role as RCB take on Gujarat Titans in the team's final game of the group stages.