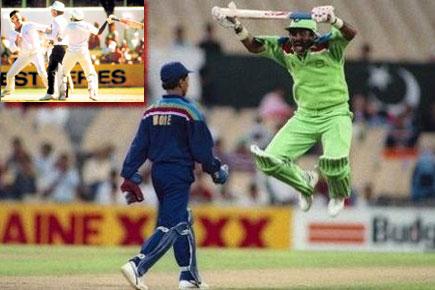 Former Pakistani cricketer Miandad is famous for his rants and controversial behaviour, both on and off the field. The ex-cricketer has said that Pakistan was ready for an all out war against India.

Talking to a Pakistani news channel about India's surgical strike across the Line of Control (LoC), Miandad said, "We are ready for martyrdom. Our nation cannot be cowed down by hollow threats."

In an interview with Samaa TV, Miandad ranted on, "I want to tell the people of India that there are some people in your country who can get you killed. You should come together and unite against such people..."

He then abused Indian Prime Minister Narendra Modi. Miandad said, "I have travelled a lot in India during my cricketing days. I know that the general public is not like that. But there are people like Narendra Modi, who is an egg. An egg who doesn't know about his father or mother."

The explosive right-handed batsmen is famous for the heated altercations he had with opposition cricketers during his playing days. His on-field spat with Indian wicketkeeper Kiran More during the 1992 World Cup group match is one of the most famous slapstick moments of cricket history. 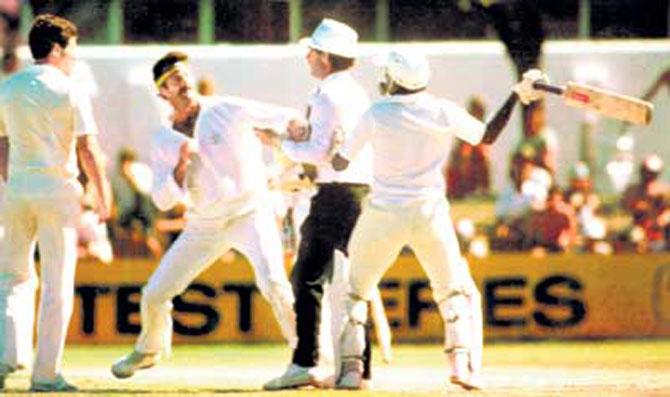 He also famously went after former Australian paceman Dennis Lilee with a bat after he had enough of the fast bowler's sledging.

Well, Indian Twitterati couldn't just sit by and let Miandad have the last word. So they took to the micro blogging site and decided to remind the former cricketer of his familial connection to terrorist and underworld don Dawood Ibrahim.

HERE'S THE VIDEO OF MIANDAD'S RANT AGAINST INDIA:

Every Pakistani, even every child, is ready for martyrdom: Pakistani cricketing legend Javed Miandad after India's 'surgical strikes' claim pic.twitter.com/ykzuQpSkCw

HERE'S WHAT TWITTERATI HAD TO SAY:

Some people should only be seen on cricket field, never heard off it. Javed Miandad rant is disgraceful: Dawood ka sambandhi after all.

With Dawood as his daughter's pa-in-law, yeah obviously Javed Miandad wants to go to war with India. It's become a family business

Javed Miandad is the biggest Nincompoop I have come across. Ignorance has limits...but his challenges the word itself.

Javed Miandad calls for an all out war against India.

What can one expect from someone who chose #DawoodIbrahim to be his relative. #JavedMiandad spits venom agnst India https://t.co/LJISctcrgp

#Javedmiandad is a coward man who scares of dying so he talks nonsense.
Basically that terrorist #Dawood relative has no guts @SAMAATV

#JavedMiandad who? Oooooo the one who's relative Is the most wanted terrorist ?

Next Story : Kishore Rungta to BCCI: Don't have funds for NZ series? Don't be silly