Paras Mhambrey was mighty impressed with India's young, up-and-coming pacers when given the chance to shine in international cricket 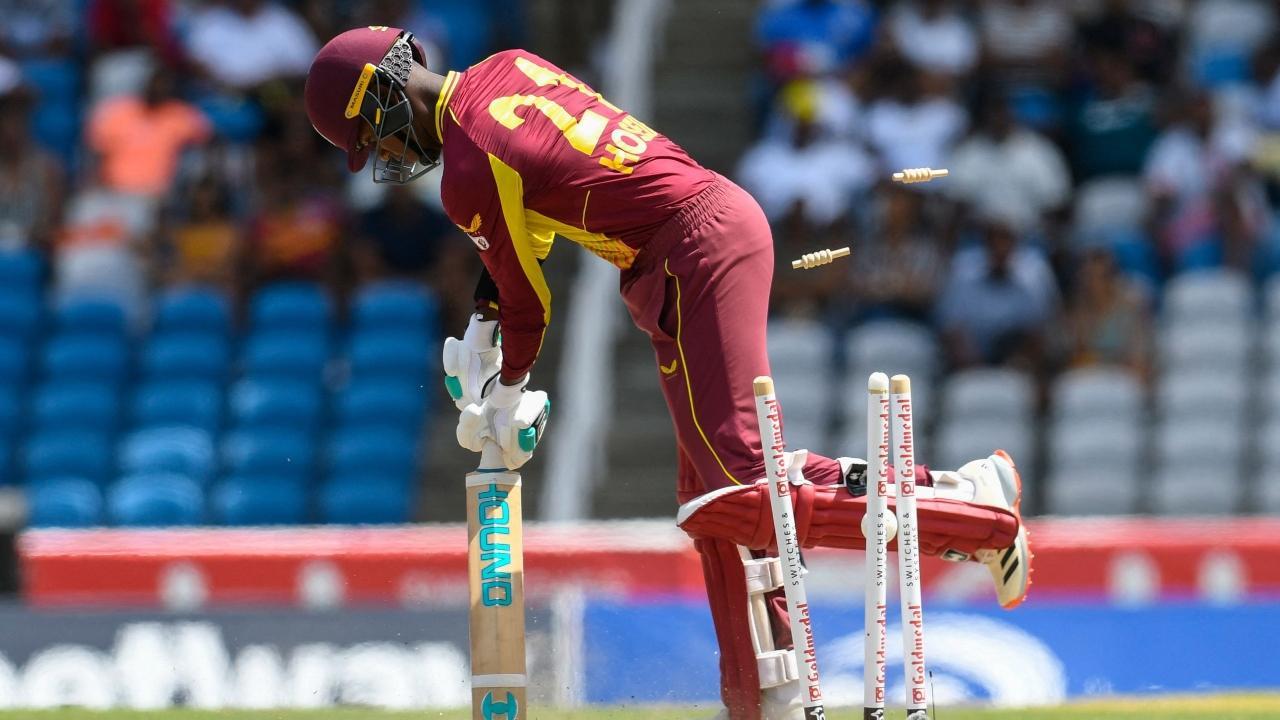 Arshdeep Singh celebrates the dismissal of Rovman Powell during the second T20I match between West Indies and India. Pic/ AFP


India bowling coach Paras Mhambrey is looking at the ongoing T20 International series against the West Indies to identify the team's bowling attack for the upcoming T20 World Cup in Australia.

"It's all part of our preparation for the the (T20) World Cup. Right now, we are looking at different options that we have and giving opportunity to youngsters to find out who does the job for us," Mhambrey told reporters after the second T20 which India lost by five wickets on Monday night.

"It's easier to kind of plan that way," he added.

Mhambrey praised the young Indian bowling line-up, which includes the likes of Avesh Khan and Arshdeep Singh, along side the more experienced Bhuvneshwar Kumar.

"Very happy with the potential they have shown. The last couple of games we played, Arsh and Avesh have shown their ability to perform under pressure and it is something I am very happy with," he said.

"What impresses me most is the fact that how much they want to learn and improve every single day. When you are a coach, it is a two-way communication. That makes the job easier to have a dialogue with the bowlers and vice versa."

"Yes, we will try different stuff, different players. You have (Jasprit) Bumrah not out here. (Mohammed) Shami as well. But I look at all this as an opportunity for the young bowlers to prove themselves," he added.

Mhambrey was, in fact, full of praise for the 23-year-old Arshdeep, who once again produced a neat spell (1/26 from 4 overs) in the second T20I.

"I have been watching him for a long time, especially since the IPL. Something that really stood out was his ability to deliver under pressure," Mhambrey stated.

"If you look at how he goes about, he bowls (in) the first powerplay and also in the death. In terms of the composure he has shown (so far), it has been fantastic," he added.

Mhambrey said there were plenty of positives to takeaway from the last match despite the batting unit's average show.

"We did not have many runs on the board. But, that is the way it is. This format is like that. You go out there and still perform. The idea initially was to try and pick up the wickets.

"Thanks to the bowlers, the way we bowled, the spinners...(Ravindra) Jadeja bowled his full spell. Bhuvi (Bhuvneshwar) as well. So, everyone contributed. It went down to the wire. But that is how this format is," he said.