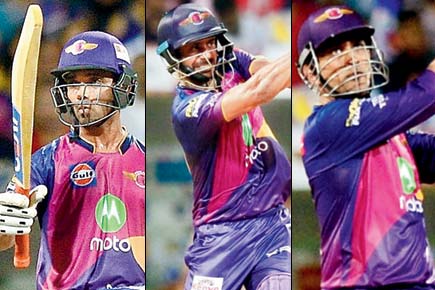 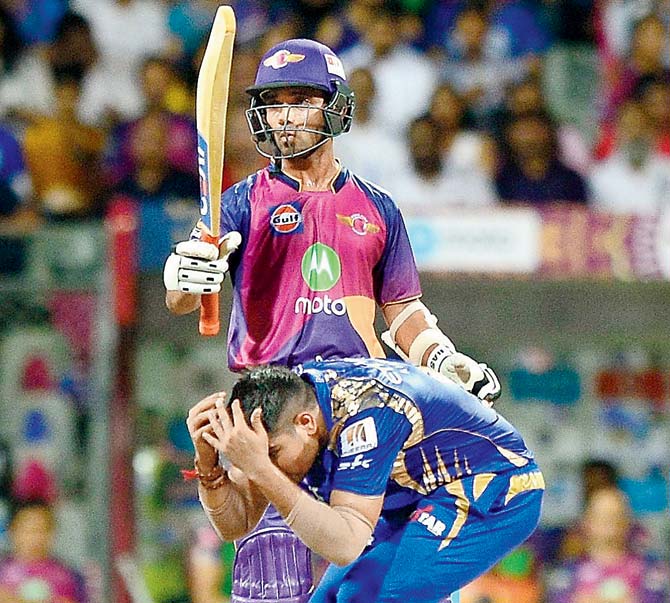 In the earlier, zonal format of the Ranji Trophy, players from Pune and Mumbai were known as arch-rivals. Old-timers at the Wankhede Stadium were reminded of that competitive spirit when Mumbai Indians and Rising Pune Supergiant fought against each other in the Indian Premier League Qualifier-1 last night. The big-ticket game resulted in a 20-run win for Pune. 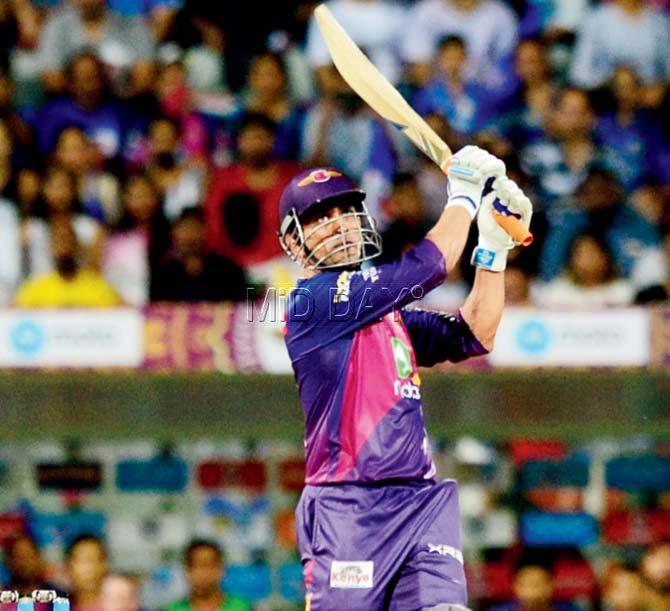 Responding to Pune's total of 162 for four, Mumbai Indians lost four wickets as they barely reached 50. Lendl Simmons, Ambati Rayudu, skipper Rohit Sharma and the burly Kieron Pollard – all back in the hut – before opener Parthiv Patel provided some hope for the hosts. Parthiv was akin to the solitary reaper as he scored 52 off 40 balls. Mumbai ended up with 142 for nine with for Pune's off break bowler Washington Sundar claiming 3 for 16. 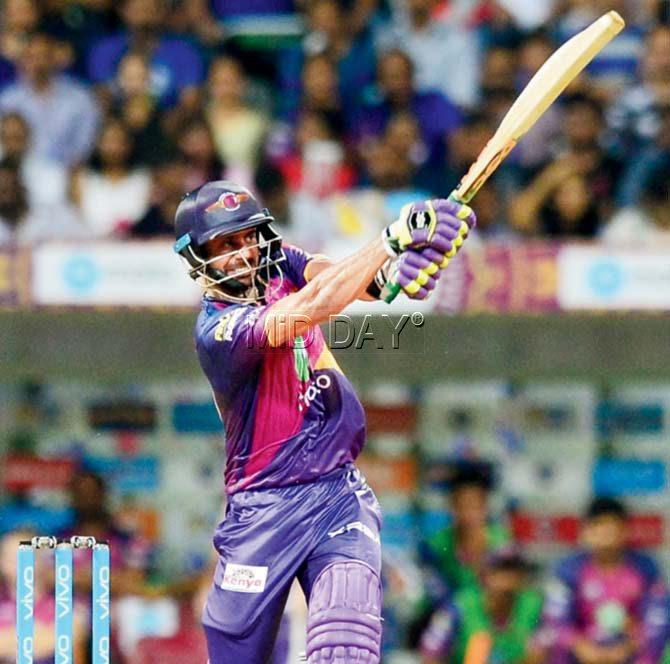 But all is not lost for Mumbai Indians as they can still enter the final if they win Qualifier-2 in Bangalore on Friday.

Earlier, despite losing consistent opener Rahul Tripathi (0) and skipper Steven Smith (1) within the first two overs of the game with the scoreboard reading just nine, Rising Pune Supergiant picked themselves up admirably to post 162 for four. The architects of their revival were Mumbai boy Ajinkya Rahane (56), Kolkata's Manoj Tiwary (58) and India stalwart MS Dhoni (40 not out).

Determined to make his presence felt, Dhoni walked in during 13th over when Pune were 89 for three. He started off by dancing down the wicket to hit leggie Karn Sharma for a six over mid-wicket. Then, in the 19th over, he hit pacer Mitchell McClenaghan twice over the fence.

Dhoni then clouted the young Jasprit Bumrah for two sixes in the 20th over to end up with 40 off 26 balls. Opener Rahane, earlier, didn't miss out on an opportunity to thrive on his homeground. He played some sizzling strokes without being outrageously brutal in his 43-ball 56.