The ceremony, attended by Gayle and de Villiers virtually, saw a video montage take people back in time when the two players were at their menacing best 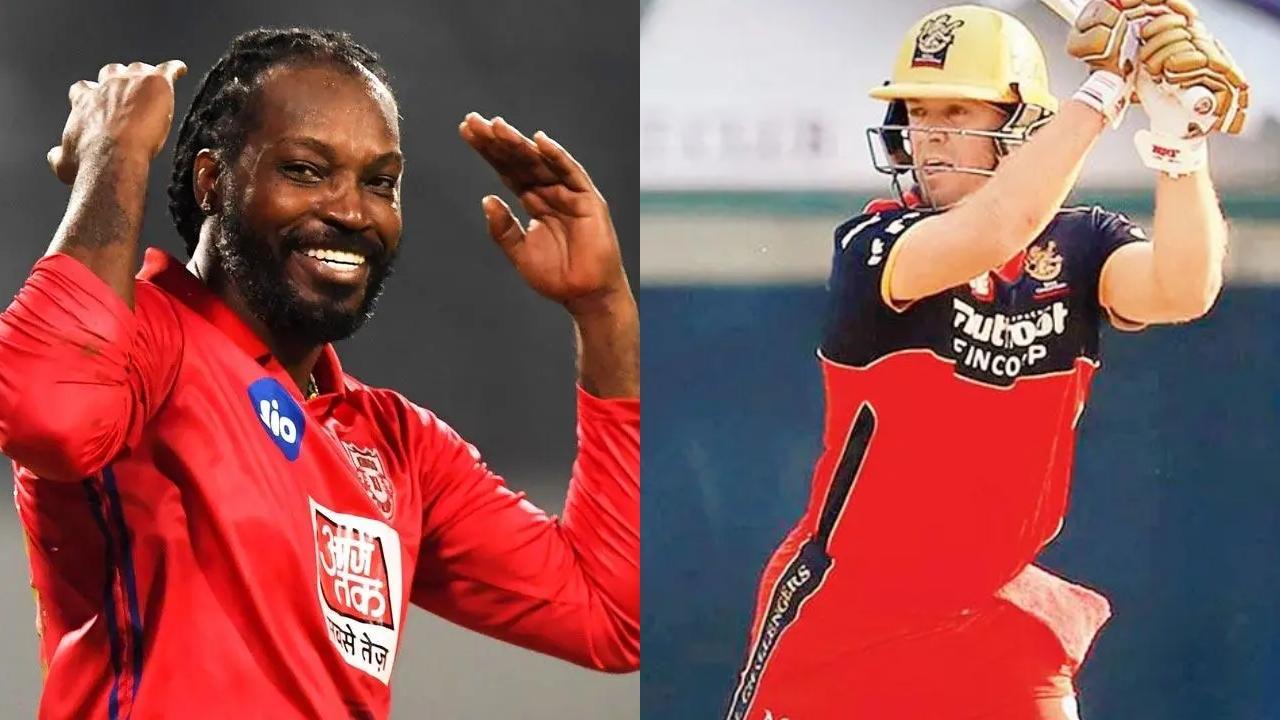 
West Indies great Chris Gayle and South African legend AB de Villiers have been inducted into the Royal Challengers Bangalore's (RCB) Hall of Fame, with former franchise skipper Virat Kohli saying that it was a truly special occasion for him to be announcing their names.

Following a long association with RCB (2011-2017), Gayle moved to Punjab Kings in 2018, playing for them till 2021. But the charismatic West Indian batter decided to stay away from the mega auction ahead of the 2022 season, though he has declared his intention to play for either RCB or PBKS in the next season.

De Villiers quit all forms of cricket completely last year, with IPL 2021 being his last season for RCB. His association with the Bengaluru franchise dates back to 2011 when he came into the side after spending a few seasons with Delhi Daredevils (Delhi Capitals).

The ceremony, attended by Gayle and de Villiers virtually, saw a video montage take people back in time when the two players were at their menacing best.

Introducing the #RCB Hall of Fame: Match winners, Legends, Superstars, Heroes - you can go on and on about @ABdeVilliers17 and @henrygayle, two individuals who are responsible for taking IPL to where it is today. #PlayBold #WeAreChallengers #IPL2022 #à²¨à²®à³à²®RCB #RCBHallOfFame pic.twitter.com/r7VUkxqEzP

"AB (de Villiers) has truly changed the game of cricket with his innovation, brilliance, and sportsmanship which truly defines the RCB Play Bold philosophy," said Kohli on Monday night.

D Villiers, who also joined the induction virtually, shared a heartfelt message with the RCB camp.

"To the RCB boys sitting there, what an amazing privilege. Quite emotional to be honest," he said. "Virat, thanks for the kind words. Mike (Hesson, director of cricket operations), Nikhil, everyone from the franchise who set this up, it's a really special touch. We had some amazing times together as a team, and the sun has moved on for Chris (Gayle) and I now, but we're still very much part of the family and will always be. So yes, thank you very much for the very special touch.

"(Captain) Faf (du Plessis) and the guys sitting there, Virat and the guys that know me really well for many years know how special stuff like this is to me. You guys know how much of an amazing journey I had during the IPL, especially with my RCB family, and how it changed my life. So, huge privilege to be part of this. I don't have enough words to thank you for this touch," he added passing the stage on to Gayle.

"I want to thank the RCB family for the opportunity, for everything," said Gayle. "It's been really special to me as well. And to be inducted is something fantastic, and I will always keep RCB close to my heart. I share a lot of memories with some special players, some special coaches as well. It's been really, really fantastic. I wish I was there to give this speech and look into you guys' eyes and tell exactly how I feel. AB mentioned it's gonna be emotional as well because it's very touching for such a franchise has created over the years, it's really, really fantastic.

"And to Virat, thank you for the kind words as well, fantastic sharing the dressing room with you guys as well," he concluded.

RCB will take on Gujarat Titans in their last league game of IPL 2022 on May 19 at the Wankhede, with the Bengaluru franchise facing an uphill task to qualify for the playoffs.

Next Story : Hamstring injury rules out Ajinkya Rahane from remainder of IPL