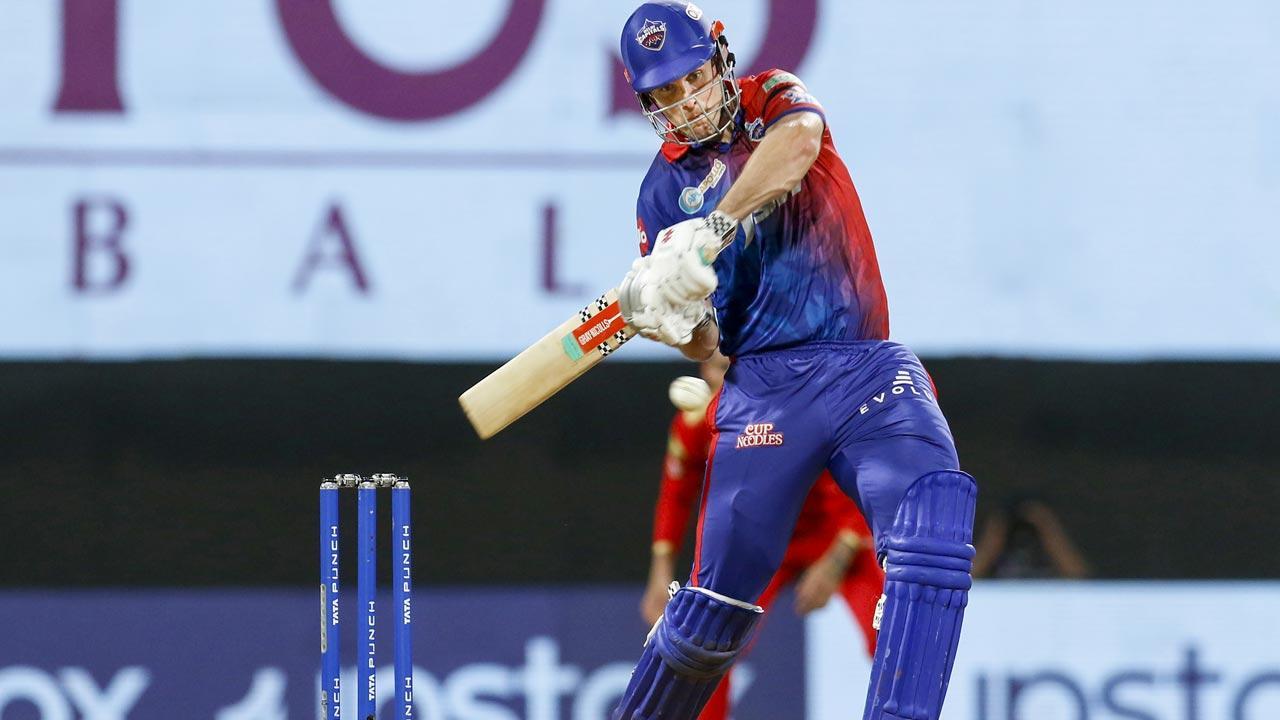 Mitchell Marsh of Delhi Capitals plays a shot during the match. Pic/PTI


Delhi Capitals batter Mitchell Marsh lavished praise on his team's bowlers for their 'outstanding' attack which provided them with a victory over Punjab Kings. Delhi Capitals boosted their playoff hopes on Monday (may 16) as they defeated Punjab Kings by 17 runs in their IPL 2022 match at the Dr DY Patil Sports Academy in Navi Mumbai.

"A great win. You can never judge a wicket until both teams bat. The spinners turned the game in the middle overs and 160 ended up being enough. I just look to get as many as I can in the powerplay with the bat before it starts spinning. For the last 18 months, I've had that mentality in the powerplay. I thought it was a really good partnership between Sarfaraz and me. He played some amazing shots. Our innings was sort of a start-stop with wickets. Credit goes to the bowlers; they were outstanding," said Mitchell Marsh in a post-match presentation.

"It was just about getting a partnership going with the bat. We weren't able to quite do that throughout our middle overs tonight to get up to 180. Even 15 or 20 runs can change momentum. [On back to back win] We spoke about that today. It's been one of those seasons where we've been stop start. It's about peaking at the right time. We've got one more to go. We know if we win that, we'll be in the finals. There's a lot of belief and talent in this team," he added.

With this win, Pant-led DC have now reached the 4th spot on the IPL 2022 table with 14 points against their name. The 5th placed Royal Challengers Bangalore also have 14 points but their negative Net Run Rate (NRR) has cost them dearly.