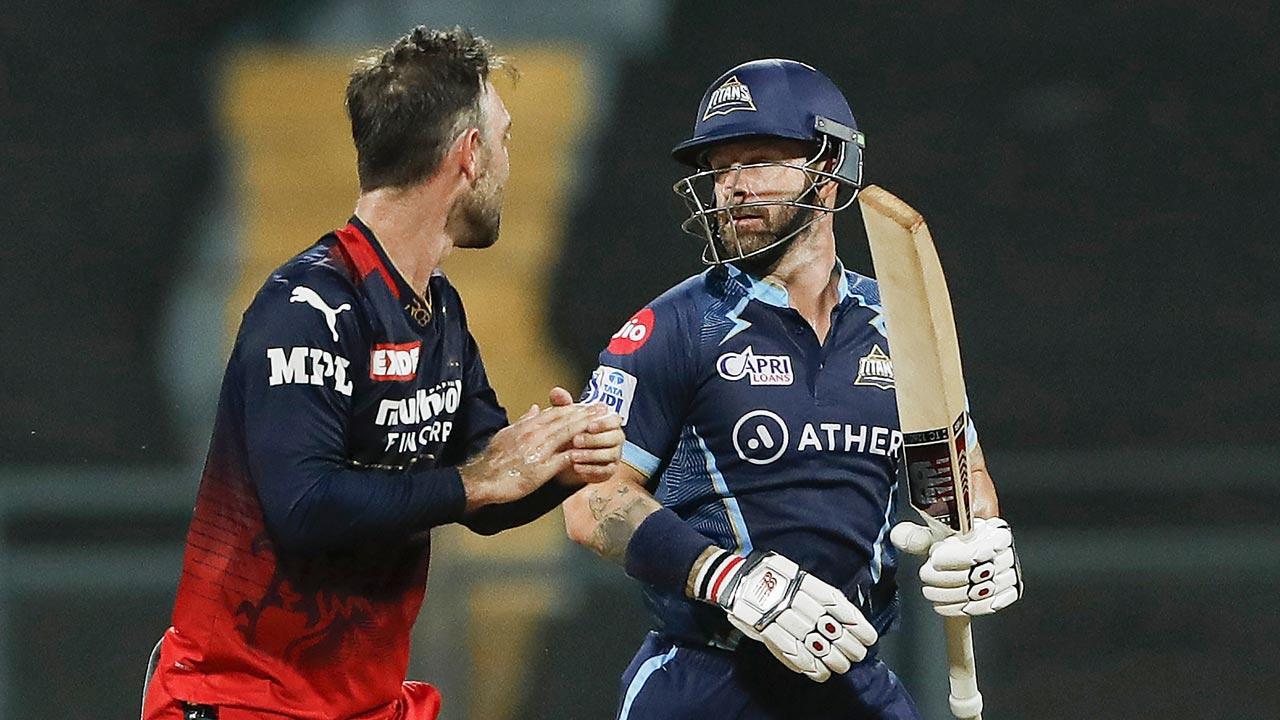 Glenn Maxwell celebrating the wicket of Matthew Wade at the Wankhede Stadium in Mumbai. Pic/ PTI


Gujarat Titans top-order batter Matthew Wade has been found guilty of Level 1 offence of the Indian Premier League Code of Conduct and reprimanded for his actions following his dismissal in the match against Royal Challengers Bangalore (RCB) at the Wankhede Stadium on Thursday night.

In a statement on Friday, IPL said, "Matthew Wade from Gujarat Titans has been reprimanded for breaching the TATA Indian Premier League's (IPL) Code of Conduct during his team's match against Royal Challengers Bangalore at Wankhede Stadium, Mumbai. Mr. Wade admitted to the Level 1 offence under Article 2.5 of the IPL Code of Conduct and accepted the sanction. For Level 1 breaches of the Code of Conduct, the Match Referee's decision is final and binding."

The 34-year-old left-hand Australian batter -- a former T20I skipper -- was seen flinging his helmet and then repeatedly smashing his bat inside the Gujarat Titans dressing room after he was dismissed LBW for 16 by country-mate Glenn Maxwell.

With the Titans top order not firing -- Shubman Gill (1) and Wade (16) went cheaply -- the IPL 2022 points table-toppers were restricted by RCB bowlers to 168/5. In reply, the Faf du Plessis-led side chalked up the required runs in 18.4 overs, with Virat Kohli and the skipper coming up with a match-winning 115-run partnership.

Wade was piqued by the umpire's LBW decision, even though the DRS clearly showed no inside edge. A peeved Wade vent out his frustration inside the dressing room, first flinging his helmet and then smashing his bat several times.

The Royal Challengers Bangalore, thanks to the win, have moved to fourth spot in the standings with 16 points. They will, however, have to wait for the outcome of the Delhi Capitals-Mumbai Indians match on Saturday to know their fate. A defeat for the Delhi franchise will earn RCB a playoff berth.