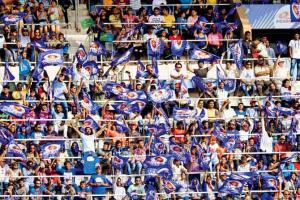 Fans enjoy the action during an IPL match between Mumbai Indians and Kolkata Knight Riders at the Wankhede in 2018. Pic/ Atul Kamble


With the Indian Premier League (IPL) all set to take place in the United Arab Emirates in September, cricket lovers are keen to know whether spectators will be allowed in the stadiums.

However, IPL chairman Brijesh Patel said the decision to allow fans in rests solely with the UAE government and not the BCCI.

"We cannot take this decision. Whatever the UAE government says, we will follow. BCCI's opinion is of least importance in this case. It [appeal to allow spectators] may not be honoured as it is governed by local authorities," Patel told mid-day on Thursday.

The IPL Governing Council meeting is slated on August 2, when a host of issues will be discussed and a Standard Operating Procedure (SOP) will be finalised along with the schedule. 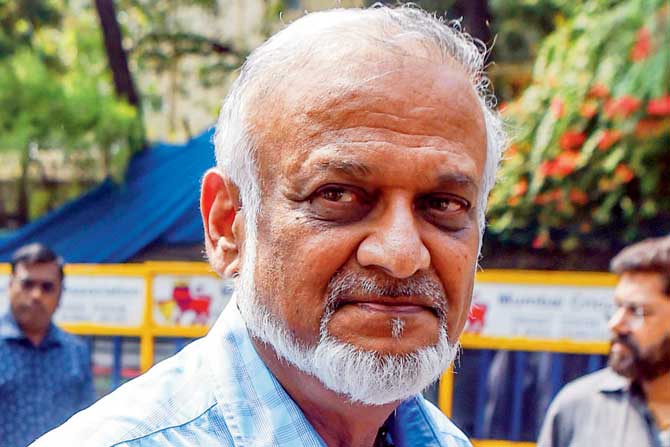 Patel said the title sponsorship issue will also be discussed. Taking into consideration the anti-China wave in the country, the IPL attracts a lot of Chinese sponsors. It remains to be seen whether this will be continue. "We will discuss this matter in the GC on August 2. We have to sort out some important issues on that day and this is going to be one of them. The IPL is still 50 days away. We hope normalcy in life will gradually arrive. The festival season is around the corner, so companies will be tempted to advertise their products. We sense that the situation will definitely improve before the IPL starts," said Patel.

'No problem at Sharjah'

While Sharjah has always been an infamous venue for the BCCI ever since the 2000 match fixing scandal. However, there are no concerns in taking the IPL to Sharjah. "The IPL is being organised by the Emirates Cricket Board. They want Sharjah along with Dubai and Abu Dhabi," said Patel.

When asked whether the eight IPL teams will be put up in different hotels, Patel said: "It all depends on the franchises. We have given them a list of hotels at all three venues. So, it is their call."

The umpires and match referees will be housed in a hotel which no franchise will be given access to, said Patel. Two months of the IPL is like a caravan, where families and partners of players are normally allowed to be part of, but considering the event will be held in a bio-bubble due to the COVID-19 pandemic, it is to be seen if families are allowed this time. "This is an internal matter of the franchisees. If they allow wives, children and girlfriends, it is the responsibility of the concerned franchise to ensure bio-bubble rules and regulations are followed. Safety is foremost for us. Anyone connected with teams should respect the rules and regulations put in place," said Patel.