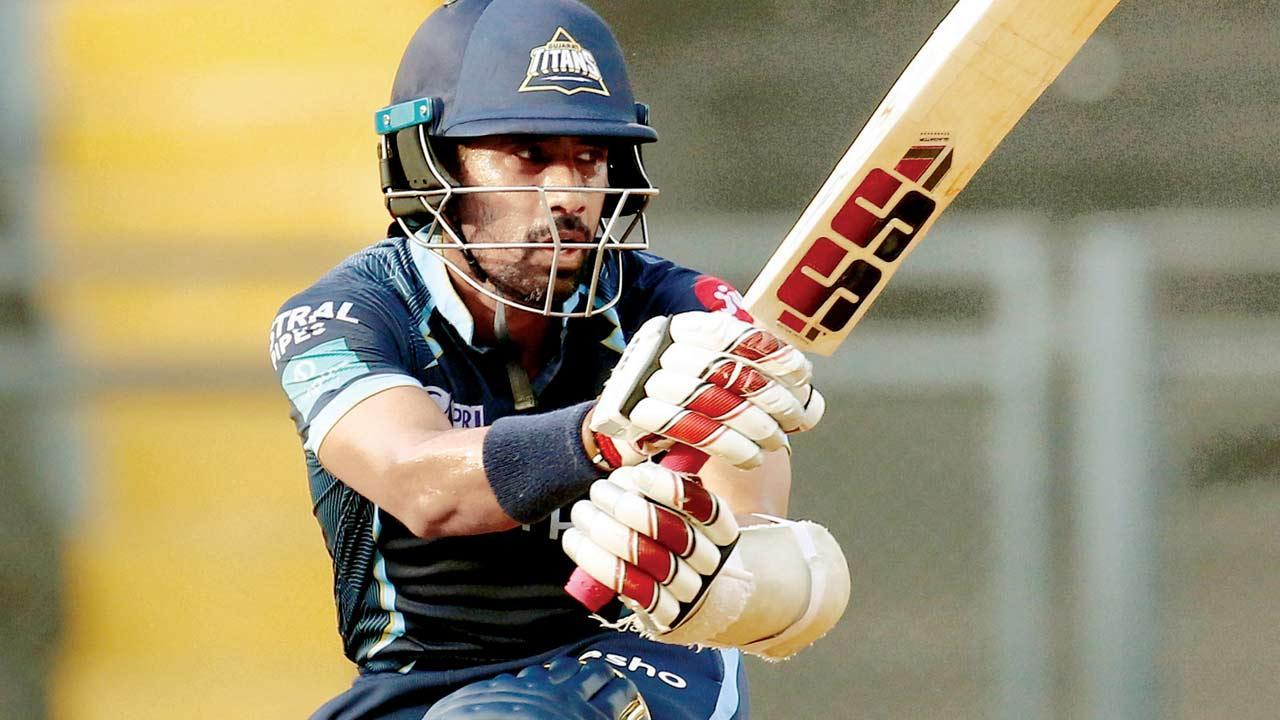 
Wriddhiman Saha is sending a timely reminder to the national selectors that he still has a lot of cricket left in him despite being dumped from the Indian Test team. The wicketkeeper-batsman is also changing the perception towards his batting with his quickfire knocks in IPL-15.

On Sunday, Saha slammed his third half-century of this edition, a knock that assured IPL debutants Gujarat Titans a Qualifier I spot as they will finish in the Top 2 irrespective of the outcome of their final league match against Royal Challengers Bangalore. Saha smashed an unbeaten 57-ball 67 that included eight fours and a six as Gujarat Titans easily chased down CSK’s 133-5 to win by seven wickets.

Gujarat Titans mentor Gary Kirsten called Saha an asset to his team. “We have been obviously very impressed. It is great to have him in the team. He is a real professional and has got good experience of the IPL and all [other] cricket. He understands his game and plays really well in the Powerplay. He was always an important asset to have,” Kirsten said at the post-match virtual press conference.

Saha cashed in on a huge reprieve while on 21 when in the third over, Ruturaj Gaikwad dropped a sitter at point off Mukesh Choudhary. Choudhary and Simarjeet Singh, CSK’s best bowlers in their last game against Mumbai Indians at Wankhede, felt the heat when bowling to Saha. Choudhary’s first two overs went for 22, while Simarjeet conceded 17 in two overs.

Chennai Super Kings couldn’t fully capitalise on opener Gaikwad’s 49-ball 53. Despite two significant stands—first between Gaikwad and Moeen Ali (21) of 57 runs for the second wicket and then a 48-run third-wicket stand between Gaikwad and Narayan Jagadeesan (39 not out)—CSK choked. Mohammed Shami (2-19) was the pick of the GT bowlers.

Next Story : Kane has Moody’s backing