Bumrah ended with figures of six for 19 in 7.2 overs as India skittled out England for 110, their lowest against the visitors, after opting to bowl in overcast conditions 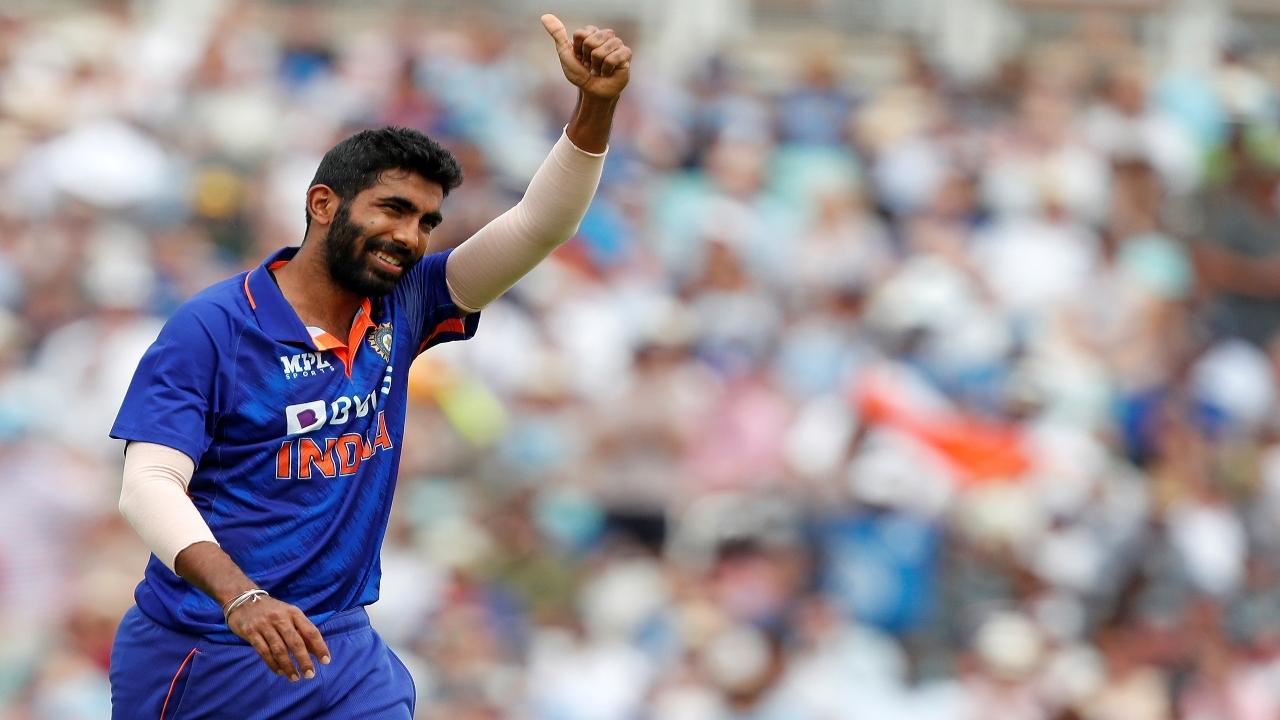 
Jasprit Bumrah produced a devastating display of fast bowling on way to career best six-wicket haul to set up India's 10-wicket hammering of England in the first ODI. Bumrah ended with envious figures of six for 19 in 7.2 overs as India skittled out England for 110, their lowest against the visitors, after opting to bowl in overcast conditions.

Skipper Rohit Sharma (76 not out off 58) and Shikhar Dhawan (31 not out off 54), who was playing his first competitive game since the IPL, steered India home with an unbeaten 114-run stand off 18.4 overs. While Dhawan understandably took time get into rhythm, Rohit regaled the crowd with some sublime shots, including the two front foot pulls off Craig Overton that went for a six and four. Dhawan, who struggled to 2 off 17 balls, got going with back to back boundaries off Reece Topley.

India had all the time to breeze to victory, allowing the southpaw to take it easy. Rohit reached the 50-run mark with his third six of the innings, an effortless hook off Brydon Chase over fine leg. He pulled Chase towards the end of the innings for his fifth maximum before Dhawan hitting the winning boundary. Earlier, considering the overcast conditions and grass on the pitch, India decided to put the opposition in and the pacers exploited the conditions perfectly. Bumrah ended with dream figures to become the first Indian pacer to take five or more wickets in an ODI in England. The ball was swinging and seaming around at good pace, making Bumrah and Mohammed Shami (3/31) all the more lethal. Jason Roy's (0) struggle continued as he played on while attempting an expansive drive from a full and wide ball off Bumrah.

Roy had little idea about the booming inswingers Bumrah unleashed before getting his number. Two balls later, the in-form Joe Root (0) was expecting another fast inswinger but Bumrah got one to rise outside the off-stump that took an edge on way to wicketkeeper Rishabh Pant for a double wicket maiden over. Shami too got into the act from the other end and surprised Ben Stokes (0) with a back of length delivery that seamed back in sharply to take the inside edge and Pant took a spectacular one hand catch. It turned out to be a busy day for the India wicketkeeper who took his second one handed catch to get rid of the dangerous Jonny Bairstow (7), giving Bumrah his third wicket. Bumrah soon made it 26 for five as Liam Livingstone (0) charged down the track to upset the bowler's rhythm but ended playing around a fast and swinging yorker on the leg stump. England skipper Jos Buttler (30 off 32) showed positive intent to get his team out of the hole but played one too many considering the game situation.

Brought back into the attack, Shami went for a short ball and Buttler mistimed the pull to be caught at deep square leg, leaving England tottering at 59 for seven. India playing four pacers including Hardik Pandya and Prasidh Krishna also helped the visitors maintain the pressure. A ninth wicket partnership for 35 runs between David Willey (21 off 26) and Bryson Carse (15 off 26) allowed England get past their lowest total, 86, made against Australia back in 2001. Bumrah came back into the attack to pick his second five-wicket haul in ODI cricket. It was not surprise that he got to the milestone with a yorker that was too good for Carse. Star batter Virat Kohli missed the series opener due to a groin strain. The second ODI of the three-match series will be played at The Lord's on July 14.

Next Story : Lords of Lord's: A behind the scenes look at India's 2002 NatWest series triumph