Giles revealed that due to the incident, Archer suffered a cut middle finger on his right hand. The incident had occurred at Archer's flat in January and even though it got better over the next month, ECB management decided to investigate the matter properly. 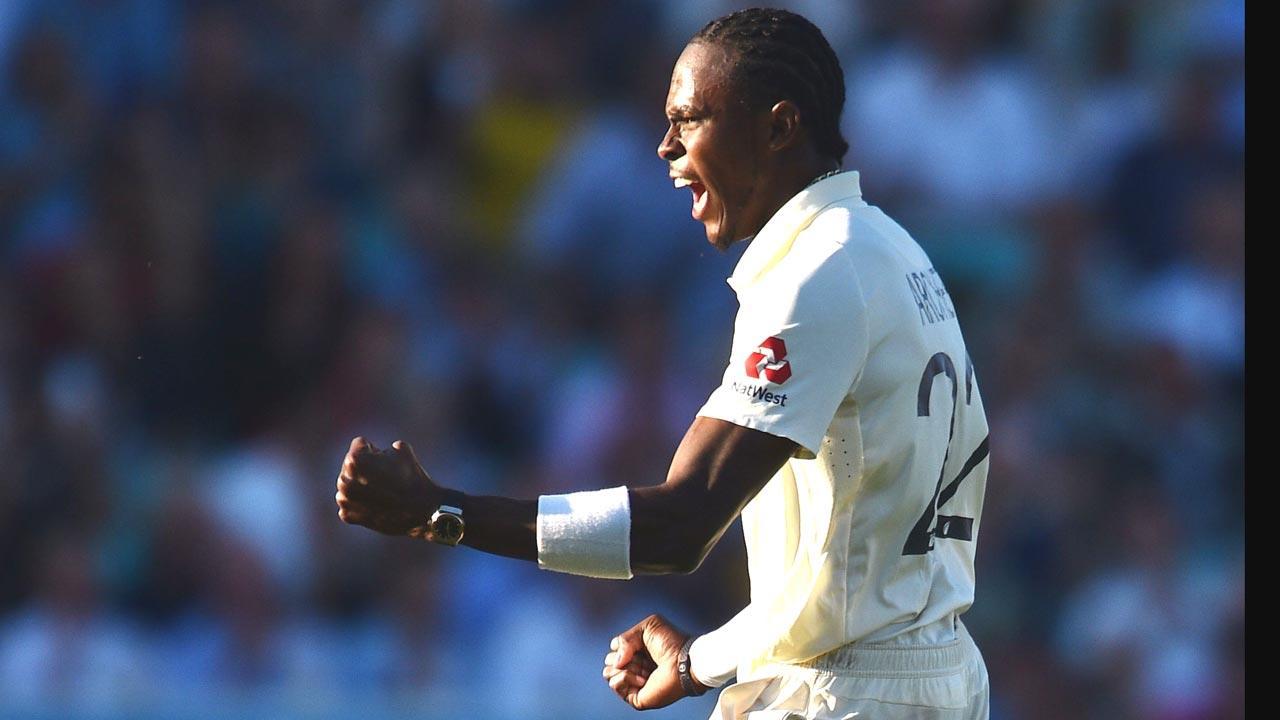 
Ashley Giles, England's director of cricket has revealed that pacer Jofra Archer suffered a finger injury due to a freak fish tank incident before the tour of India.

Giles revealed that due to the incident, Archer suffered a cut middle finger on his right hand. The incident had occurred at Archer's flat in January and even though it got better over the next month, ECB management decided to investigate the matter properly.

"This is going to sound like an awful conspiracy and I can see what's going happen on Twitter as soon as I say this. But, yeah, he was cleaning at home. He's got a fish tank. He dropped the fish tank, cut his hand, and he's been in surgery. He's come out of it well. It was managed through India, he was treated when he arrived and it wasn't an open wound on that finger. It didn't stop him playing, but given he came home for an injection on his elbow, he went to a specialist because the finger was still a bit stiff," Giles said on BBC's Tuffers and Vaughan show, as reported by ESPNcricinfo.

"They've operated and I think they found a small fragment of glass still in attendance. It obviously healed but there was part of the fish tank still in his finger. So, it was the right thing to do. We've got a clear window to do it as well. We wish him the best for his recovery but it's true, it's not a conspiracy," he added.

The pacer has now undergone a surgery on his right hand and the decision regarding him playing for Rajasthan Royals in the upcoming Indian Premier League (IPL) will be taken later.

Archer had played two Tests and all the five T20Is against India, and then he was ruled out from the ODI series and the beginning part of the IPL.

"At the front of our minds is making sure that Jofra's fit and available to do what he does best, which is bowl quick and enjoy his bowling. His elbow injury certainly stopped him from doing that, and through the T20 series, that condition worsened and he couldn't play without some form of pain relief. You have to manage these things carefully, because it's a bit like his finger actually, it seems like a small thing, but his middle finger on his right hand is pretty important when you're a fast bowler," said Giles.

"We need to manage the elbow carefully. We've got a really good medical team. We don't know what's going to happen yet in this next couple of months. But our priority is to get both of these things right and get him back on the field. Clearly, with what he does, there's a lot of energy that goes through that area. We need to try and manage it as conservatively as possible, because this is a really important area of the body for Jof. We need to look after him first and foremost, but I'm pretty confident that he'll be fine, he'll be back as soon as he can," he added.

Next Story : On this day: India defeated Pakistan to enter finals of 2011 World Cup