Arguably two of cricket's greatest ever players, Tendulkar and Sobers, met at the iconic venue during the ongoing England vs India series 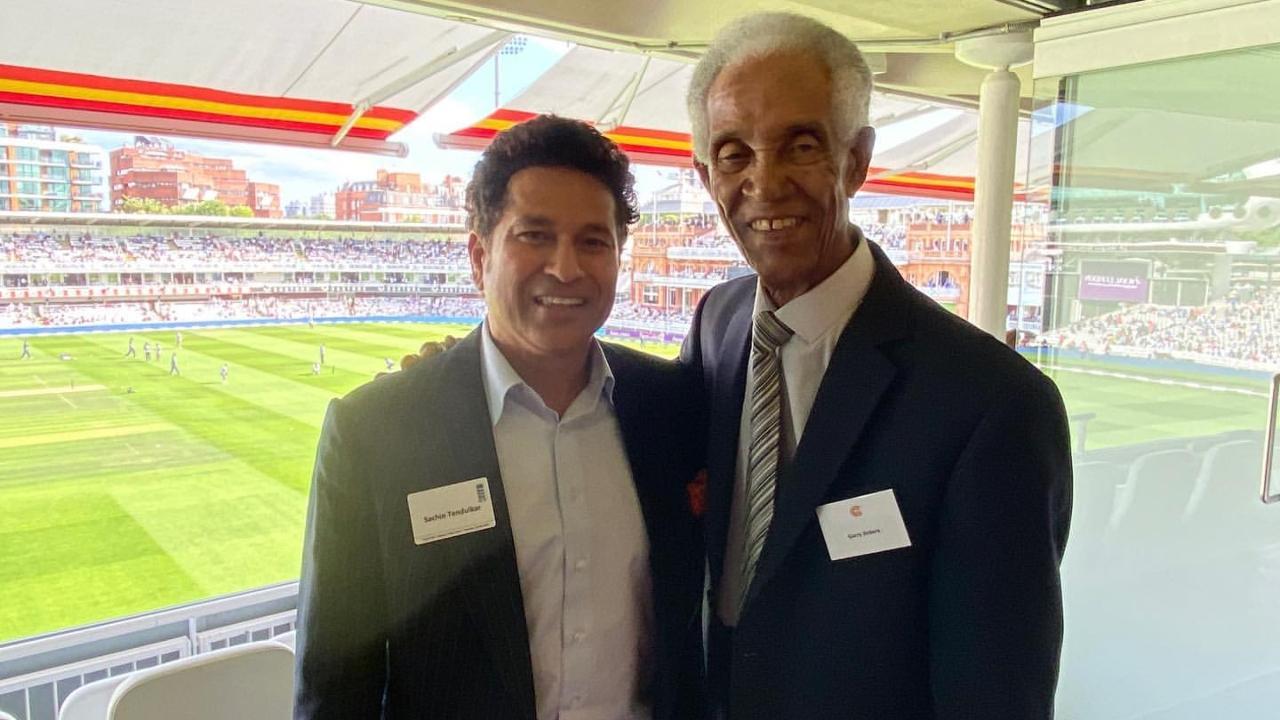 
You may have never seen Thor and Superman in the same room before your very eyes, but in many ways Sachin Tendulkar and Sir Garfield Sobers meeting each other is cricket's equivalent of the same.

The two legends of the game managed to catch up with each other during the second ODI game of India's ongoing series against England at Lord's.

The caption accompanying the amazing picture read, "Got to watch the game at Lord's with the One and Only Sir Gary! My 1000th post on Instagram couldn't get better!"

Between the two of them, Tendulkar and Sobers have nearly 24 thousand Test runs and 77 hundreds. The two players bossed their respective eras and set the benchmark for what being the 'greatest' meant.

Sobers and Tendulkar weren't the only cricketer present at the venue. BCCI president Sourav Ganguly and former India skipper MS Dhoni were also in attendance along with the likes of Harbhajan Singh, Suresh Raina and Farokh Engineer.

Next Story : IND vs ENG: Rohit Sharma wants his players to have a positive mindset