Just when everybody thought that the South African big-hitter was done and dusted, especially after scoring just 655 runs from 42 games in the last six IPL seasons, Miller is back in business with newbies Gujarat Titans 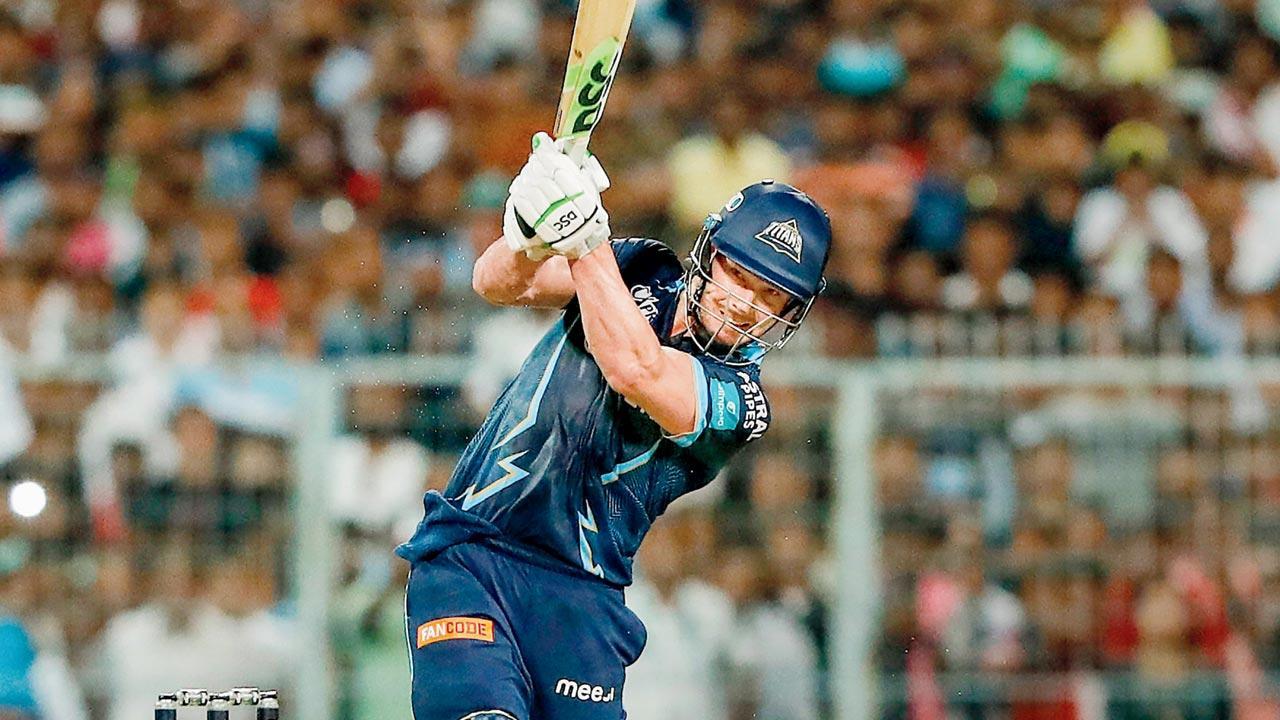 
It’s not only Gujarat Titans who are enjoying a dream run. David Miller too.

Just when everybody thought that the South African big-hitter was done and dusted, especially after scoring just 655 runs from 42 games in the last six IPL seasons, Miller is back in business with newbies Gujarat Titans.

This is his best-ever IPL season with 449 runs in 15 matches including a highest score of 94 not out. Miller’s best IPL outing before this was in 2014 when he finished with 446 runs for Punjab Kings (then known as Kings XI Punjab).

So, what’s changed for Miller? To be fair to the South African southpaw, he hardly got a consistent run in the last six IPLs. In 2020, he was dropped by Rajasthan Royals after getting just one game in which he was dismissed for a duck.

Miller’s father Andrew recently took to Twitter to provide a glimpse of his son’s batting transformation and slam the experts in the bargain. “Since 1 Jan 2021 he’s averaging 79 and striking at over 140 against spin in over 40 games. He has made a technical change to his game and there is not one cricket expert who has picked it up. I’ll leave it to the so-called experts to decipher,” Andrew tweeted in response to a fan’s observation that David is playing spin better nowadays.

Miller indeed has been fantastic against the spinners in IPL-15 so far, scoring 192 runs in 133 balls faced across 13 innings at an average of 96.00. The confidence he has in his ability to tackle spin has been a revelation. It was evident with the way he took on RR spinners R Ashwin and Purple Cap-holder Yuzvendra Chahal during the Qualifier-1 at Eden Gardens in which he scored an unbeaten 68 off 38 balls to take GT into the final.

Miller acknowledged that he has played spin better than ever before. “It has been a good season for me against spin. It has been something that I have worked hard on. I have never really thought that I have been a player that struggled against spin, but it is an area I had to improve. And in the last three-four years, I have changed my mindset against spin. I have changed one or two things and I feel like it is just about making sure, especially in T20 cricket, that I pose myself.

“If there is a bad ball, I am looking to be in a good position to put it away for a four or six, which creates a bit of pressure on the bowler. So, that is one of the things mentally I have tried to improve,” Miller said on the eve of the IPL final.

The consistency factor comes with a steady batting position of No.5, clarity of role and loads of trust and belief in him from the GT group.

“This season, batting a bit higher, I have managed to bat from the start of the season and play all the games, so it has been enjoyable that I am not in and out. I have managed to build something the whole season and keep my confidence growing. And the environment has a big part to play in all our performances. As a player if you are well looked [after] off the field, you feel comfortable and [can] be yourself,” he said.