Miller gives them a Royal hiding! 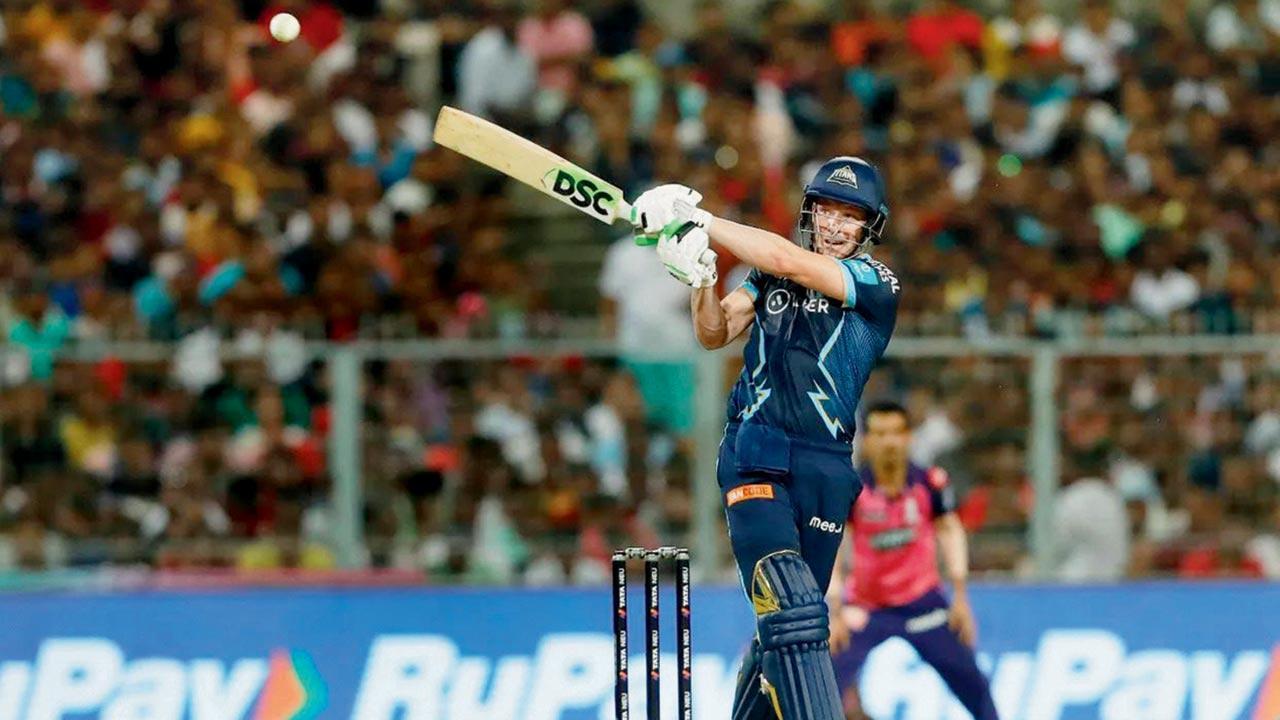 
Jos Buttler came into his own at the Eden Gardens on Tuesday to help Rajasthan Royals post a stiff target of 189 for Gujarat Titans in Qualifier-1 of IPL-15. But it didn’t prove enough as skipper Hardik Pandya and David Miller dragged the Titans over the line with seven wickets and three deliveries to spare.

Miller and Pandya put together an unbeaten partnership of 106 runs in 61 balls to ensure a berth in Sunday’s final. The Royals will have to take on the winners of Wednesday’s Eliminator for another shot at glory. The South African scored an unbeaten 38-ball 68 with three boundaries and five sixes, three of them coming first three balls of the final over that had demanded 16 runs from them. Pandya finished with 40 off 27. It had five boundaries.

Earlier, Buttler, the Orange Cap holder, who had lately gone off the boil, scored 89 off 56 in a well-paced innings. He hit 12 fours and a couple of sixes but failed to beat Alzarri Joseph’s throw from long-on while trying to steal a second run on what would have been the last ball of the innings. Skipper Sanju Samson hammered a 26-ball 47 with five fours and three sixes while Devdutt Padikkal contributed 28 off 20.

Gujarat’s reply began on a disastrous note as local lad Wriddhiman Saha left second ball with Trent Boult bending his back and having it rise above the waist. New-man Matthew Wade and Shubman Gill put the boat back on even keel. With 64 for one after six, 17 of them coming in Ravichandran Ashwin’s first over, the Powerplay was made good use of. The partnership, which yielded 72 from 44 balls, ended when a “yes-no” from Wade saw Gill failing to return behind his crease. Gill, who was beginning to blossom, ended with 35 off 21. It had five fours and a six. Wade left soon after, Buttler judging well a pull on the mid-wicket boundary and, though they kept their hopes alive, it was a bridge too far in the end.

From the very first over, when he twice lent into Shami out-swingers to caress the ball through covers, Buttler oozed a calm confidence. It was soon obvious he had come with a different role. Eschewing the full scale aggression that had accompanied most of his knocks, he let the pyrotechnics happen at the other end. After the early exit of Yashavi Jaiswal, Samson and then Padikkal took the necessary risks. The second-wicket stand with Samson yielded 68 from 47 deliveries. It was only after they had left that Buttler burst out of his shell to send the ball flying in different directions.