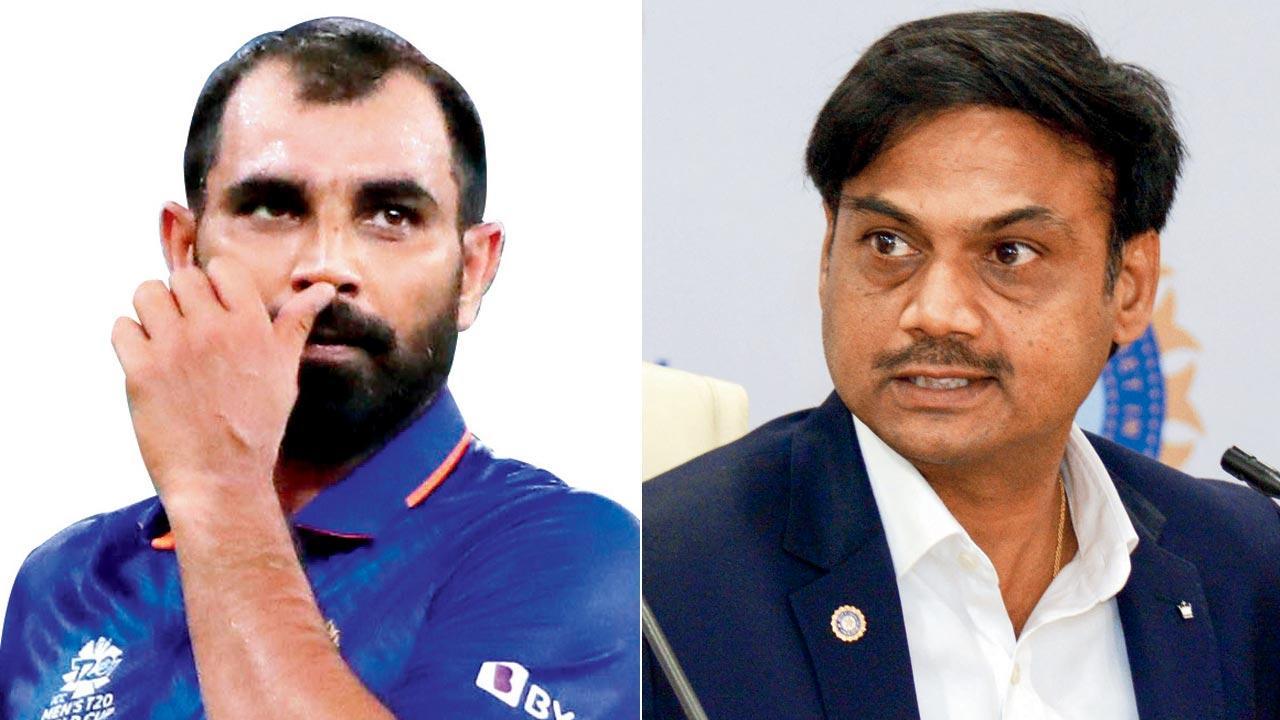 A collage of Mohammed Shami and MSK Prasad

The Indian pacer was not part of the 15 selected for the tournament to be played from August 27 to September 15 in the UAE.

Shami’s exclusion raises eye brows since pace ace Jasprit Bumrah is out due to a back injury. In Bhuvneshwar Kumar, skipper Rohit Sharma will have only one experienced pacer as Arshdeep Singh and Avesh Khan are relatively new. “Shami not being part of the squad is definitely surprising, but I think there could be an injury issue or he must have been given a break. He is definitely an important part of this team. Wherever he has been given an opportunity, he’s done well. I am sure he will be an integral part of India’s T20 World Cup team. I am sure he is in the scheme of things,” Prasad told mid-day on Tuesday.

Shami hasn’t played a T20 international since the last World Cup in Dubai. With 20 wickets, Shami was the highest wicket-taker for IPL champions Gujarat Titans at an economy rate of 8.00.

He has played just one T20I in Australia—at Manuka Oval in 2020 when he went wicketless for 46 runs. However, his ODI and Test record in Australia is impressive with 22 wickets (14 matches) and 31 wickets (eight matches) respectively.

“I think they [the selectors] are still figuring out the best combination for the T20 World Cup. There are still some experiments going on. Come what may, in all probability, I feel Shami is a certainty for the World Cup. That’s because of his rise in the white-ball cricket, his consistency in the IPL, especially since the World Cup is in Australia,” said Prasad. Meanwhile, former national selector Venkatapathy Raju, is looking forward to seeing how the young pacers justify the opportunity provided. “The young guys have been performing and are in form, so no harm in giving them an opportunity,” said Raju.

Next Story : Selectors may consider Mohammed Shami as Test specialist