The right-handed batter, who has recovered from a wrist injury that had ruled her out of the recent England series, struck 76 off 53 balls with the help of 11 fours and one six to lay the foundation of India’s 41-run win 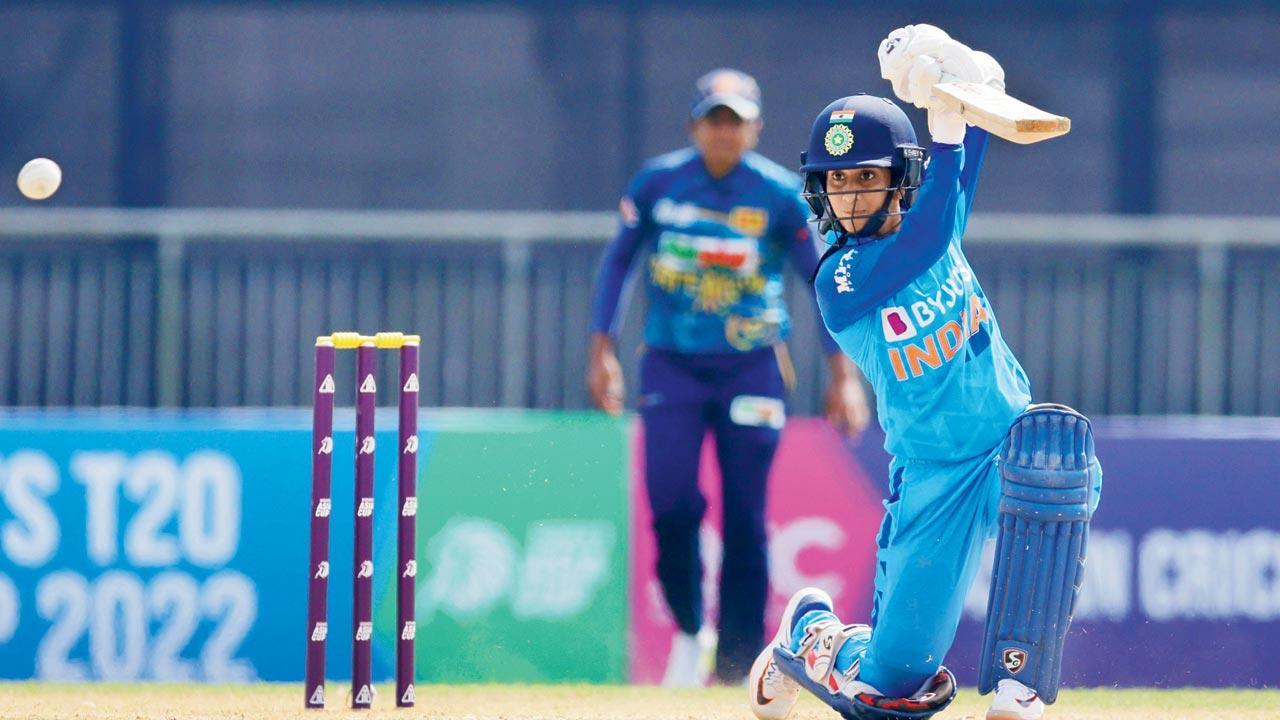 Jemimah Rodrigues during her 76 against SL on Saturday. Pic/ACC


A fit-again India batter Jemimah Rodrigues on Saturday credited her match-winning knock against Sri Lanka in the women’s Asia Cup here to the preparation she had on a similar slow and low-bounce track in Bangalore ahead of the T20 tournament.

The right-handed batter, who has recovered from a wrist injury that had ruled her out of the recent England series, struck 76 off 53 balls with the help of 11 fours and one six to lay the foundation of India’s 41-run win.

Rodrigues helped India post 150 for six on a wicket where batters struggled due to low bounce. The Indian bowlers then struck at regular intervals to bowl Sri Lanka out for 109 in 18.2 overs.

Also Read: With eye on T20I WC, skipper Kaur all set to experiment in Asia Cup

“The wicket was tricky, it kept on the lower side, initially it was not turning, but then it turned. But I had prepared well for this, even in Bangalore I asked for slower and turning wickets. That preparation really helped me here,” Rodrigues said.

“I would like to thank Mumbai—the heat is the same here as it is where I stay back in Mumbai.”

She said she was eager to play after not touching the bat for six weeks due to injury. “It was tough not doing the thing I love and seeing everyone else do it. But everyone helped me, my parents, coaches and my trainers, I wanted to thank them. Nothing like coming back and playing for India,” said the player of the match.