The over-cautious authorities at the gate first insisted that fans wearing black t-shirts remove them; the reason being that black is considered a mark of protest 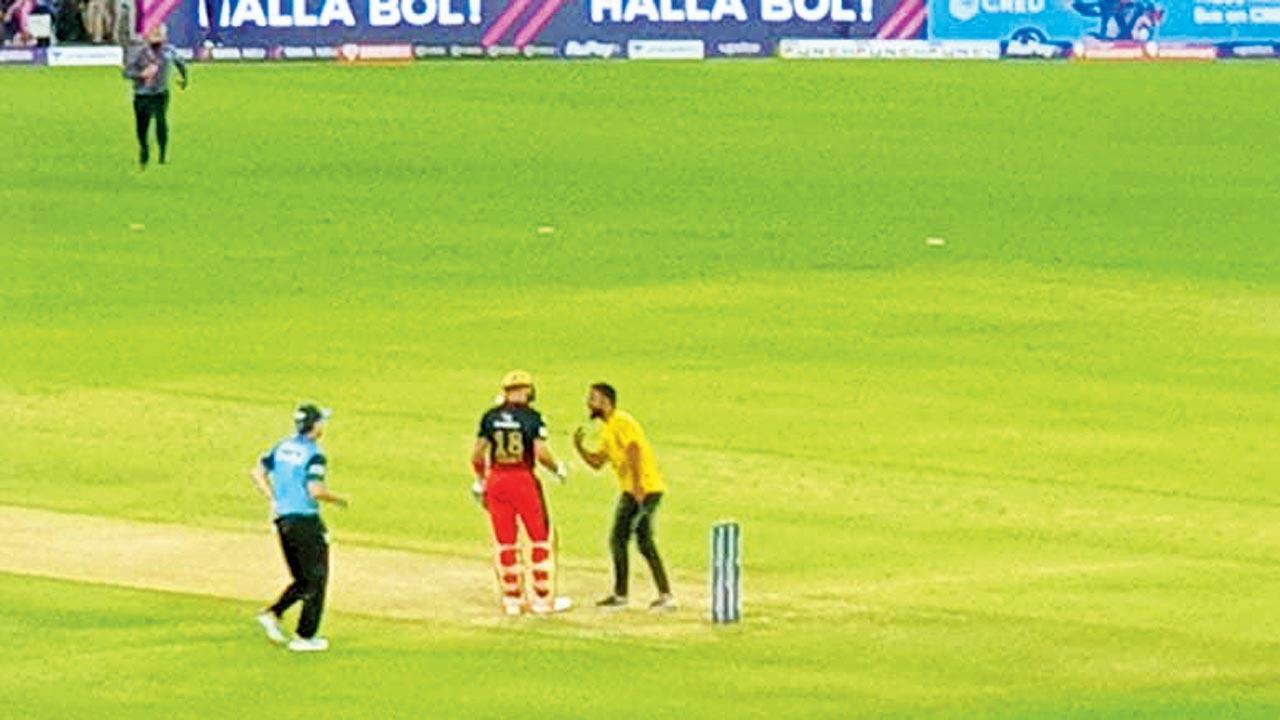 
Thousands of fans who attended Friday’s Qualifier-1 had to undergo a harrowing experience while making their way to the Narendra Modi Stadium here.

The over-cautious authorities at the gate first insisted that fans wearing black t-shirts remove them; the reason being that black is considered a mark of protest.

However, only when the fans resisted, as there was no prior intimation of black t-shirts being banned, the authorities relented.

The gate authorities said they didn’t want any untoward incident in an important IPL match. Efforts to reach out to Gujarat Cricket Association officials went in vain.

An intruder managed to breach the strong security manning the boundary line to greet Virat Kohli on just the second ball of the innings. The intruder jumped the six-feet high fence from the third man region and sprinted to meet Kohli, who was about to take strike after leaving Trent Boult’s first ball. While Kohli tried to explain that they are in a bio-secure bubble, the fan still managed to shake hands with him.

After a row erupted over the North and South ends of the revamped Narendra Modi Stadium, named after business conglomerates Adani and Reliance when it was inaugurated in February last year, it is understood that the stands bear no name at the ground now.

Next Story : Rajat Patidar: Made in MP!