Not thinking too far ahead: Rohit sharma 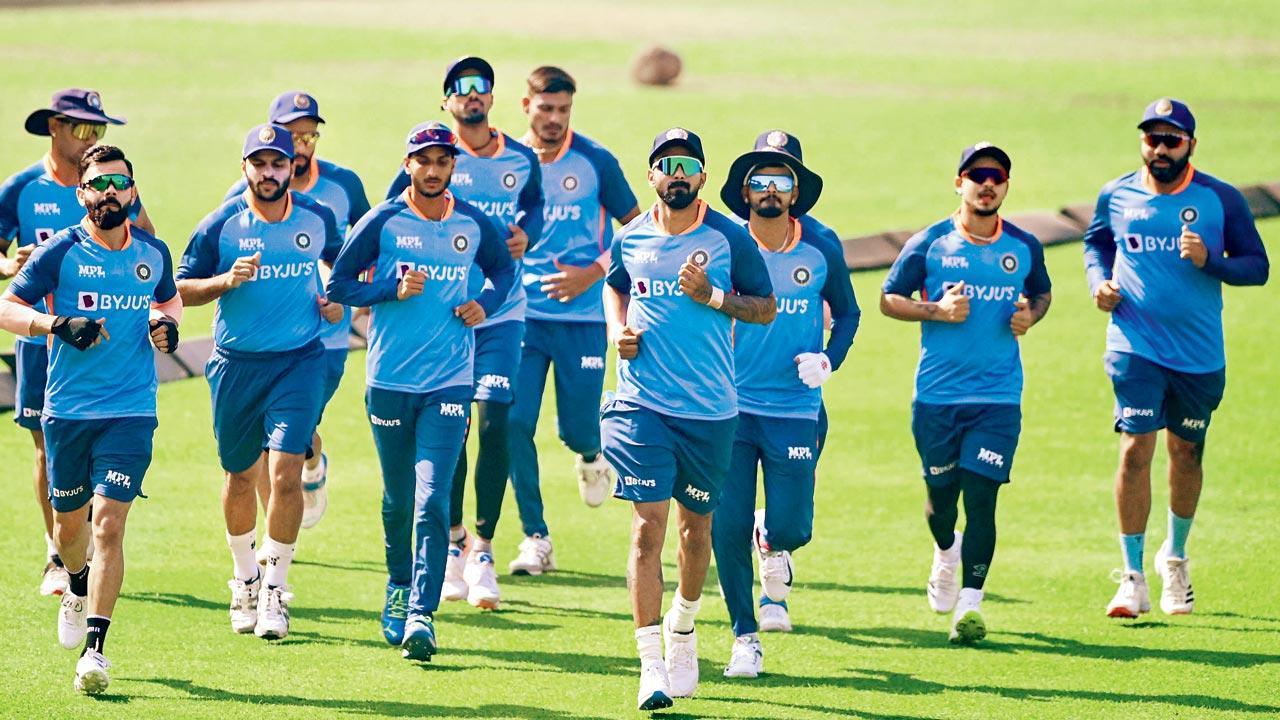 Team India at a practice session ahead of the first ODI v Bangladesh in Dhaka on Saturday. Pic/AFP


Skipper Rohit Sharma doesn’t want to clutter things by “thinking too far ahead” about the ODI World Cup and said he and head coach Rahul Dravid have a “fair idea” of how they would approach the showpiece to be held in India in October-November next year.

Asked if World Cup preparations start with the three-match ODI series against Bangladesh starting here on Sunday, Rohit made it clear that there is still time before his team can start thinking specifically about the marquee event.

“Every time you play a game, it’s preparing for something. The World Cup is still 8-9 months [10 months] away from now. We can’t think too far ahead. We need to keep an eye on what we need to do as a team,” Rohit told mediapersons ahead of the first ODI.

He said if he starts planning too early, it won’t help but also made it clear that the team think-tank knows in which direction it needs to travel.
“It is very, very important for us not to start thinking about so many things. Like we need to play this guy or that guy. Me and coach [Dravid] have a fair idea of what to do. We will narrow it down once we come closer to the World Cup,” he added.

A few players like wicketkeeper-batter Rishabh Pant, with this Bangladesh series, will be on the road for more than two and half months and the skipper emphasized on the requirement of workload management. He admitted that a lot of cricket is being played and it won’t stop. It is the team and people around it who need to do the right things.

“As professionals, we have to keep up the intensity. Yes, there’s a lot of cricket and that’s why we give them breaks. And people need to understand that when we give players a break, it is only to manage the workload keeping the bigger picture in mind.

‘Breaks, a must for players’

“Cricket is not going to stop. There will always be lot of cricket and we need to manage our players. You want your best players to play with a high intensity all the time. So it is important to give them breaks, manage them as freshness is very important,” Rohit elaborated.

He then gave a peek into his team’s gruelling schedule during the past few months.

“Lot of the guys have been on the road before the World Cup and we had two back-to-back series versus Australia and South Africa. And then, we went straight to Australia. It has already been two and half months. It is impossible in this day and age that you will always play with your best 15. It’s not going to happen,” the India skipper was blunt regarding the packed calendar.