In the 29th over of the West Indies innings, Babar Azam was spotted to have picked up one of the wicket-keeping gloves from Mohammad Rizwan and used it to collect a throw behind the stumps 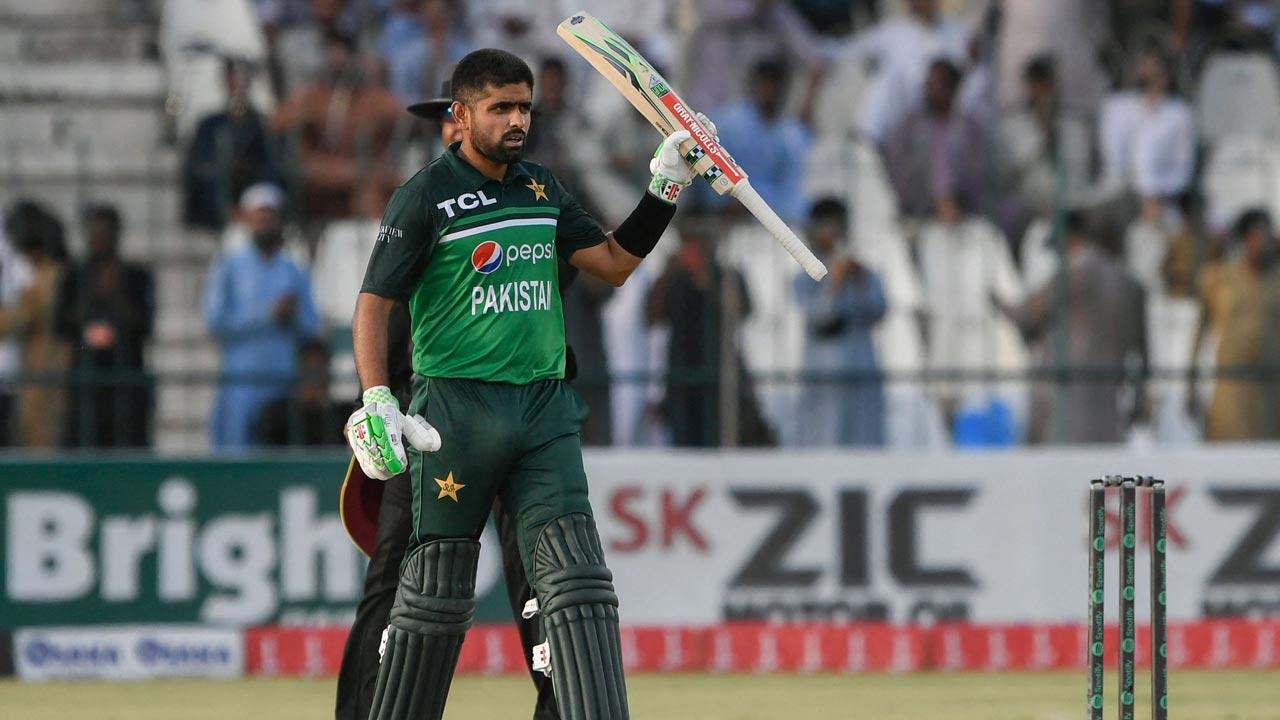 Babar Azam raises his bat after scoring a half century during the second ODI match against West Indies at the Multan International Cricket Stadium. Pic/AFP


An 'illegal feilding' during the second ODI match against West Indies by Pakistan skipper Babar Azam cost his team five runs. Though it did not impact the result of the match as Pakistan won by a huge 120-run margin, it did bring into focus the law of fielding during the match in Multan.

In the 29th over of the West Indies innings, Babar Azam was spotted to have picked up one of the wicket-keeping gloves from Mohammad Rizwan and used it to collect a throw behind the stumps which was deemed as illegal fielding by the on-field umpires, who as a result, added five extra runs to the West Indies total, said a report on the ICC's official website.

According to the report, Babar's action in the field was set into motion clause 28.1 of Laws of Cricket. The rule 28.1 about Protective equipment, says "No fielder other than the wicket-keeper shall be permitted to wear gloves or external leg guards. In addition, protection for the hand or fingers may be worn only with the consent of the umpires."

It's one of those rare situations which we don't witness in cricket very often and it's certainly one which Babar would like to forget soon, the report said.

The incident did not have a serious impact on the match as Pakistan went on to take an unassailable 2-0 lead in the three-match ODI series thanks to the captain's 77 and a 4/19 effort by left-arm spinner Mohammad Nawaz.

Next Story : IND vs SA: Rishabh Pant's captaincy at test as India aim comeback in 2nd T20 against South Africa