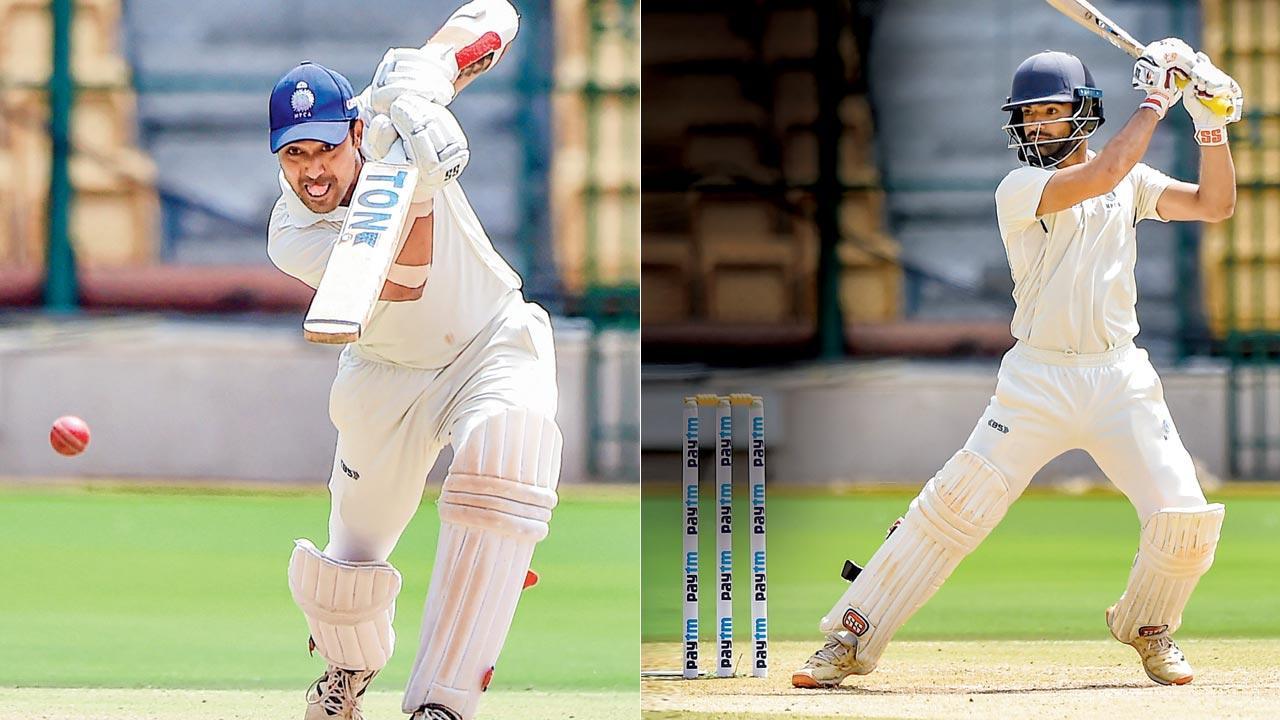 
Mumbai were given a taste of their own medicine on the moving day of the Ranji Trophy final by a feisty Madhya Pradesh team that might start daring to dream.

Not the majority’s favourite to halt the Mumbai juggernaut on a stage as daunting as this, Aditya Shrivastava’s men have gone about winning over the doubters in some style.

After a competent bowling display kept Mumbai down to 374, Madhya Pradesh’s form batsmen got down to business at the M Chinnaswamy Stadium on Friday, moving to within six runs of their opponents’ first-innings tally with seven wickets in hand.

Opener Yash Dubey (133) was the glue that held the innings together, his unflappable solidity allowing Shubham Sharma and Rajat Patidar to paint pretty pictures at the other end.

Dubey ground out a second hundred of this campaign, Shubham (116) wowed as he emulated Sarfaraz Khan and brought up a fourth century and Patidar delighted a sparse ‘home crowd’ with an eye-catching unbeaten half-century, all combining to propel Madhya Pradesh to 368 for three.

Mumbai’s attack looked a little bereft of ideas and imagination once the expected early breakthrough when MP resumed on 123 for one didn’t materialise. There was little joy either from the overhead conditions or the 22-yard strip for the three quicks, Dhawal Kulkarni, Tushar Deshpande and Mohit Avasthi.

Left-arm spinner Shams Mulani, the leading wicket-taker in the country, posed no sustained threat and Tanush Kotian, the off-spinner, seldom troubled the batsmen.

To make matters worse, Arman Jaffer at short point put down Shubham in the sixth over when he reached out to slice-drive a wide ball from Avasthi when on 55, and Mulani overstepped after having Patidar caught at point with the batsman on 52.

Uninhibited in his stroke-making till then and particularly delightful whilst driving down the ground, Patidar was scoreless for the next 27 deliveries, determined not to look a gift horse in the mouth.

Long before Royal Challengers Bangalore recruit Patidar arrived in a blaze of boundaries, centurions Dubey and Shubham had laid down the gauntlet with a brilliant stand of 222.

Dubey picked his moments carefully while Shubham was particularly pleasing on the eye, his crisp driving standing out for grace and control. There were moments when he went searching for the ball and struck it aerially, but fortunately for him, they invariably went in the gap.

It wasn’t until the day’s 49th over that Mumbai tasted their first success, Shubham falling to Avasthi and the second new ball. An hour and a half later, Mulani procured sharp turn to catch Dubey’s outside edge. Mumbai’s joy at seeing the ball grip might have been tempered by the fact that they could be chasing the game from here on.