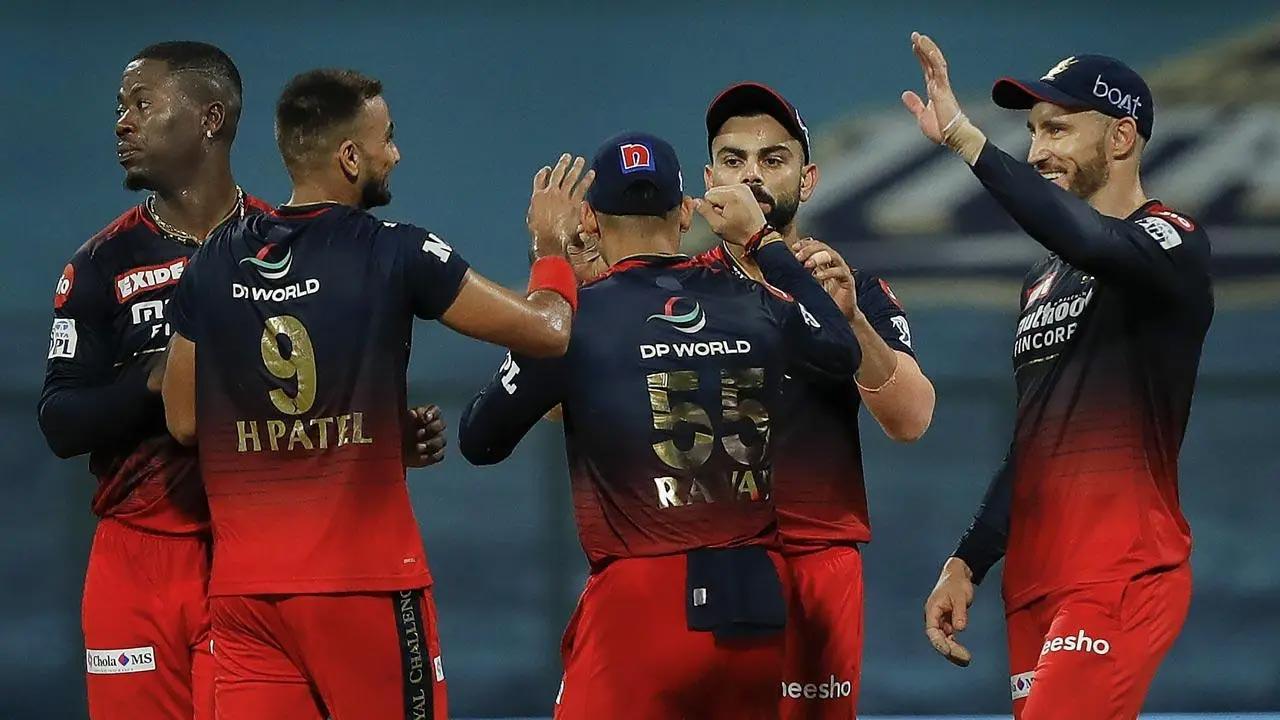 RCB's Virat Kohli along with his team players during a match. Pic/ PTI


Royal Challengers Bangalore batsmen will have to come out all guns blazing against table-toppers Gujarat Titans if they hope to make it to the IPL playoffs.

The sole aim for Faf du Plessis-led side, who are in the fifth spot with 14 points, would be to win today’s clash at the Wankhede Stadium. And then hope Delhi Capitals, who are placed one spot higher than them, lose their last match against Mumbai Indians on Saturday at the same venue.

For the inconsistent RCB to give themselves the best chance to qualify, their batting stars have to fire in unison. RCB have been dependent on Du Plessis, who has 399 runs that include three half-centuries, for the starts. But lack of support from their premier batsmen Virat Kohli (236) and Glenn Maxwell (228) has dented RCB’s batting.

In the bowling department, apart from Sri Lankan leggie Wanindu Hasaranga, who has 23 wickets from 13 games, and medium-pacer Harshal Patel (18 wickets), others have been below par. Against an in-form  Gujarat Titans, RCB cannot afford any slip-ups now.

Next Story : Mithali opts out of Women’s T20 Challenge