Rohit Sharma should be given more time for better results: Sourav Ganguly

Board of Control for Cricket in India (BCCI) president Sourav Ganguly has refrained from comparing Indian captain Rohit Sharma with others, saying each captain has a different perspective of the game and has their own way to lead the team 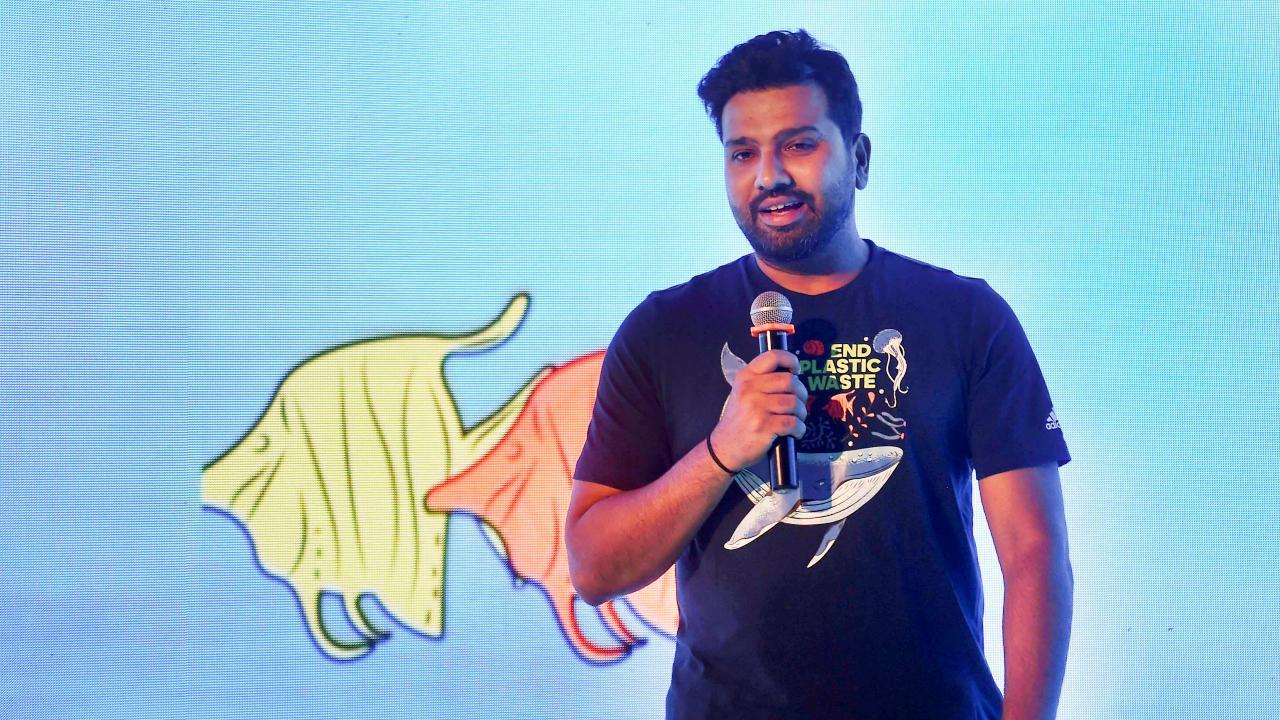 Indian cricket captain Rohit Sharma speaks during the launch of his sustainable sportswear collection in collaboration with Adidas, in Mumbai. Photo/PTI


Board of Control for Cricket in India (BCCI) president Sourav Ganguly has refrained from comparing Indian captain Rohit Sharma with others, saying each captain has a different perspective of the game and has their own way to lead the team. The former captain added that Rohit Sharma has different leadership qualities and the others had something different. He said Rohit as a captain has a laid back and composed attitude and he should be given sometime to produce better results.

"Rohit Sharma has a bit of a laid back attitude. He wants to do things in a very calm and composed way. He is not in a hurry all the time, he takes things in a very cautious way and not someone who's into your face all the time," Ganguly said on the sidelines of a function in Kolkata. "MS Dhoni handled the transition fantastically. Then came Virat Kohli who has a fantastic record. He was a different sort of captain, he did things differently. Every individual is different, I don't compare captains, everybody has their way of leadership," he added.

Also Read: Nervous, but determined to give our best at WT20: Rishabh Pant

Due to a packed cricketing schedule, Rohit didn't captain India in the 3-0 ODI series win over the West Indies in Trinidad. In his absence, left-handed opener Shikhar Dhawan stepped up to do the leadership role and excelled in it. Ganguly was impressed by Rohit and said he should be given some time being compared with the likes of MS Dhoni and Kohli. "When you back someone let him captain, give him a bit of time to give results, and then see what happens," he said.

Next Story : Zimbabwe series will be a fitness test for Deepak Chahar ahead of T20 World Cup: Manjrekar