Sachin Tendulkar: Kyle Jamieson will become one of the leading all-rounders in world cricket

Tendulkar also liked how Jamieson used his height to play the big shots. "His partnership with Williamson was critical one for New Zealand. He chose to attack from ball one and used his height beautifully 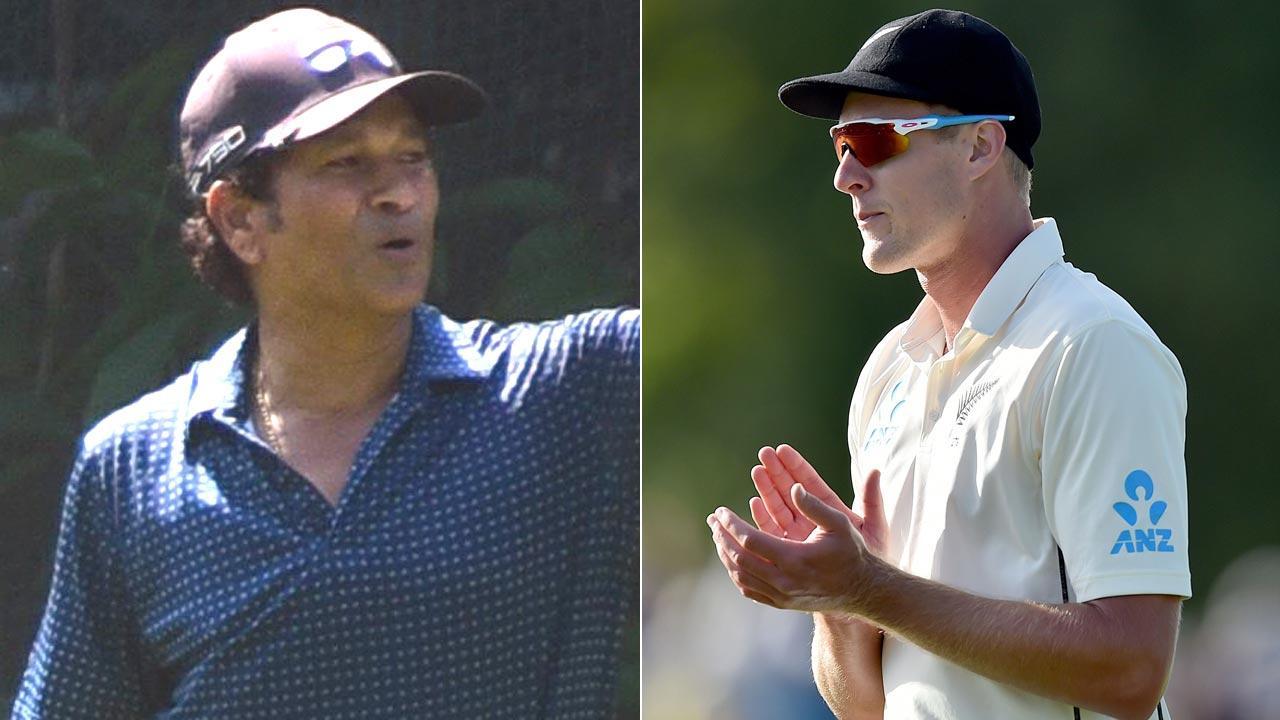 
Kyle Jamieson has the ability to become one of the leading all-rounders in world cricket in days to come, reckons legendary Sachin Tendulkar after watching the giant Black Cap torment India's best batsmen in the recently concluded World Test Championship Final. In New Zealand's emphatic title triumph, Jamieson played a major role with match figures of 7 for 61 in 44 overs along with 21 valuable runs in his team's first essay. "Kyle Jamieson is a fantastic all-rounder. He is going to go on and become one of the leading all-rounders in world cricket," Tendulkar said on his YouTube channel. "When I had seen him last year in NZ, he impressed me," the maestro said.

He then elaborated on why playing Jamieson in English conditions made him even more lethal. "If you see his bowling, he is very tall and more than swinging, he likes to bowl seaming deliveries. He is a different bowler compared to Tim Southee, Trent Boult and Neil Wagner. "Jamieson hits the deck hard and whatever he does, is off the seam. There were variations that he used where he angled his wrists and bowled big inswingers. There was reasonable variation in his bowling and what I liked was consistency," Tendulkar said. Tendulkar also liked how Jamieson used his height to play the big shots. "His partnership with Williamson was a critical one for New Zealand. He chose to attack from ball one and used his height beautifully. A tall batter, who can get onto the front foot and makes a big statement.

"That kind of unsettles bowler and they have to pull back their lengths because the batter is using his height. When the ball has to come chin high, then length has to be short and that gives the batter a chance to play horizontal bat shots and that's what Jamieson exactly did. Anything off length, he used his height beautifully, stood tall and played most of them." On the Indian front, Tendulkar felt that Virat Kohli and Cheteshwar Pujara's dismissal in the first hour on the sixth day became decisive. "On the last day, it was very important to at least bat till the first drinks break. Then we had the firepower to accelerate and play shots. The rest of the players also when they realise that we are in the safe zone and New Zealand can't chase, then mindset changes. So a partnership at the start was critical," Tendulkar said.

Next Story : Sourav Ganguly on Test debut ton: Sachin said, 'Relax, have your cup of tea'