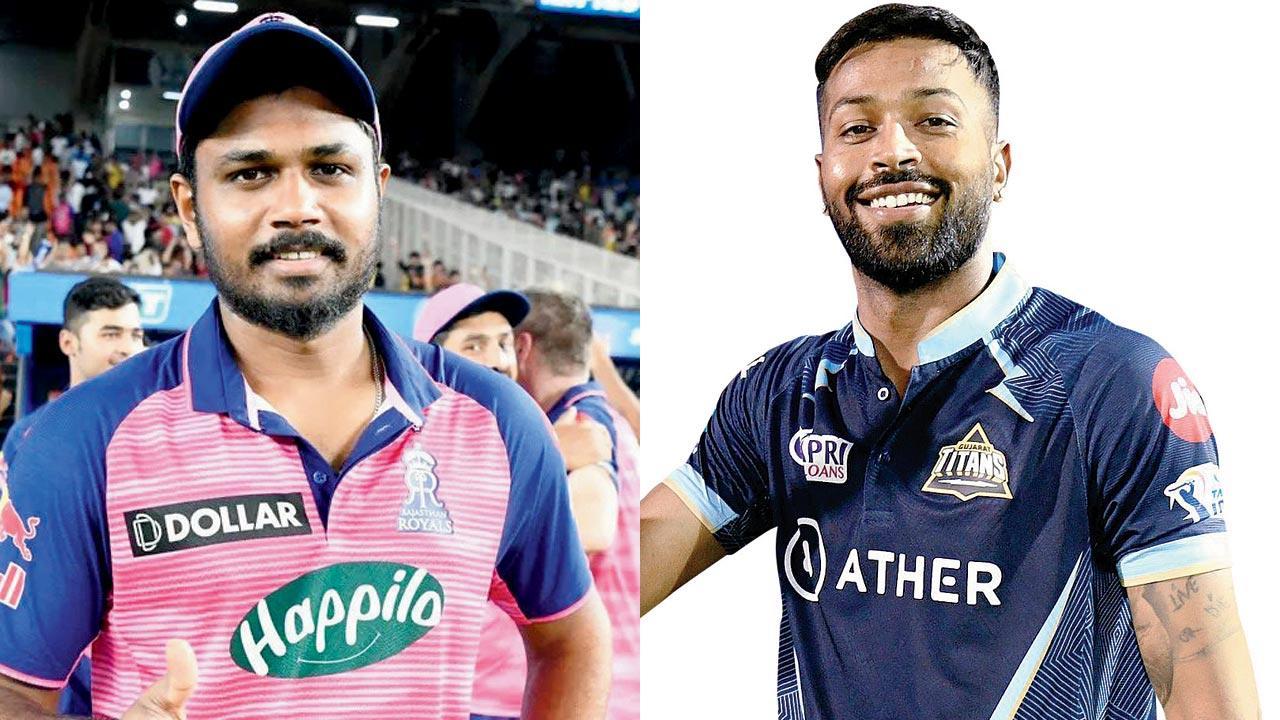 
With local outfit Gujarat Titans storming to the IPL-15 final, Aava de, their team slogan is likely to outnumber RR’s “Halla Bol” tonight when they take centrestage for the all-important match-up at the gigantic Narendra Modi Stadium here before a record-breaking 1.25 lakh fans.

Hardik Pandya will aim to guide GT to glory in its very first season, just like how the late Shane Warne did to RR in 2008. For Sanju Samson & Co, it will be the best tribute they could pay to the legendary Australian, who passed away just weeks before IPL-15 got underway in March.

When the razzmatazz of AR Rahman and Ranveer Singh settles down, all eyes will be on the field of play where it will mean business.

RR would certainly fancy their chances to lift the IPL trophy again after 12 years (the team was banned for two years in 2016 and 2017 in the spot fixing scandal) if we go by the trend, which suggests that on seven occasions, the team finishing second on the points table have gone on to win the title since playoffs were introduced in 2011 edition.

If IPL’s highest run-getter, Jos Buttler continues to bat mercilessly like how he did against RCB in Qualifier-2 in which he struck an unbeaten ton—his fourth of the tournament—then GT bowlers are in for some Royal bashing.

“It’s hard to describe what he [Buttler] has done for us this season. He started off so well, had a little bit of a flutter at one point in the tournament, but he calmed himself down, had good conversations rather than just training. He accepted he’s mortal, he’s human and he can’t have that high level of excellence every single day. He can accelerate at any point, has all the strokes and understands the game really well. I can’t remember anyone batting this well in the history of the IPL,” RR’s director of cricket Kumar Sangakkara said after witnessing another menacing act from his in-form opener.

Though RR pacers Prasidh Krishna and Obed McCoy did wonderfully in the Qualifier-2, spinners R Ashwin and Yuzvendra Chahal not being at their best could be a concern. The RR spin duo have been expensive in the last two matches and have claimed only one wicket between them. The spinners were wicketless when they last faced GT in the Qualifier-1.

“They [GT] are an exceptional team, highly skilled, really well settled and performing at peak consistently throughout the tournament, so it’s going to be a tough challenge,” said Sangakkara.

Gujarat Titans have had a topsy-turvy road to the final. On some occasions they have been clinical, but many times a special rescue act was needed to get the team through.

Unlike RR, where Buttler and Chahal are dominating players of their campaign, GT have a bunch of players who have risen to the occasion at various junctures.

It is learnt that the team have developed a culture of rewarding players after every game. “We have our own Most Valuable Player award, Impact Player of the Match award, best Assist of the Match and an off-the-field award for team contributors,” an insider told Sunday mid-day.

GT vice-captain Rashid Khan felt a complete team performance makes it difficult for opponents to have specific plans against them. “It is not like [we are] dependent on any one player. It is the contribution of all the XI players and that is why we are here [in the final]. That’s why our opponents could never make a plan against us; all of us take equal responsibility,” said Rashid ahead of the final.

RR have got the much-needed experience of the venue, but for GT it will be their first outing.

When the tournament started, there were no expectations from Pandya & Co, but now the weight of expectations is evident. The added pressure of performing at home is another factor.

Pandya, who looks up to MS Dhoni as his captaincy role-model, has a golden opportunity to emulate his idol by becoming the second IPL team to win the title on home turf like Chennai Super Kings did in 2011.

Rajasthan Royals have extended an invitation to members of the victorious 2008 team which was led by the late Shane Warne.

An team spokesperson said: “Since it is at short notice, not all will be able to come. But players like Yusuf Pathan, Swapnil Asnodkar, Dinesh Salunkhe have confirmed their presence,” the RR official told Sunday mid-day.

They are here despite...

Hardik Pandya’s outfit were labelled as no-hopers. There were no expectations from Sanju Samson’s RR either, given their poor track record. They last made it to the Top-4 in the 2018 edition. Their last three IPLs were disasters, finishing seventh (second last) on the points table twice and at the bottom once (2020).

Nine
No. of IPL finals won by teams batting first

Two
No. of times Gujarat Titans have beaten Rajasthan Royals in IPL-15

Two
No. of times RR have entered IPL final

Next Story : Miller admits change in mindset against spin has led to his success in IPL-15